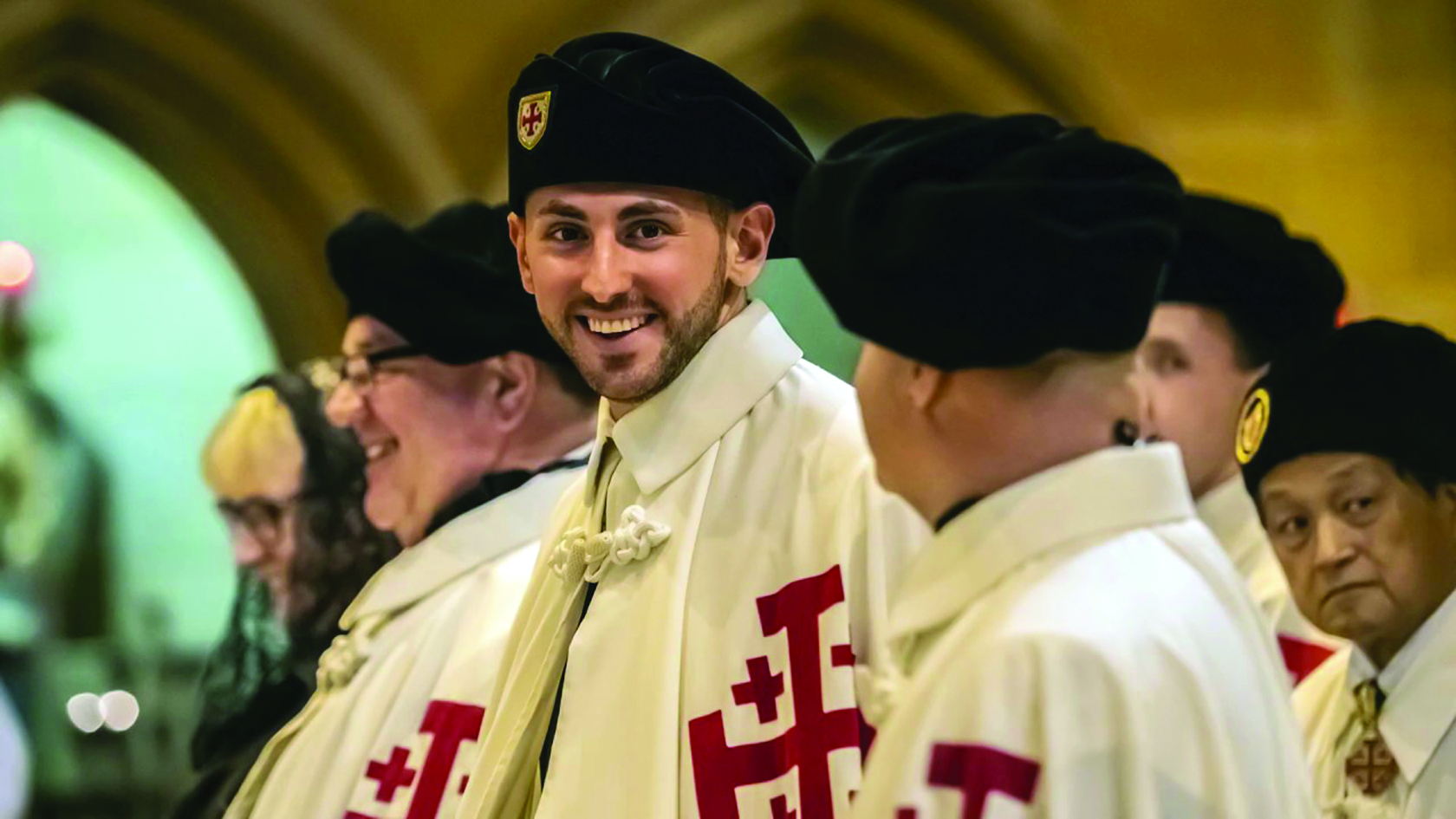 Young knights of the Holy Sepulchre

In a 2019 interview, Holy See Secretary of State Cardinal Pietro Parolin reflected on the 700-year-old Order of the Holy Sepulchre

Your Eminence, what does the Order of the Holy Sepulchre represent to you and what is its place in the universal Church? 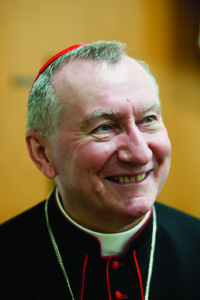 CARDINAL PIETRO PAROLIN: Since the dawn of Christianity, the Land where Our Lord was born, lived, died and rose again has had a special place in the hearts of believers and ofthe various ecclesial communities that have spread outside the Jewish world. Many faithful chose to live the Gospel both in a solitary form, as hermits, and gathering together, precisely in the places that had seen the earthly presence of Christ, in particular those linked to the stages of his public life, beginning with the Holy Sepulchre. The need was also felt to visit these places. Thus pilgrimages began, as a devotional and existential form of journey, which saw significant growth during the Middle Ages. The birth of the Equestrian Order of the Holy Sepulchre dates back to that period, with explicit reference to the tomb that guarded the body of Jesus Christ devoid of life and from where he rose again. The need was felt to defend its integrity and that of those who went to visit it.

The Knights of the Holy Sepulchre were among those engaged in this noble enterprise. The earliest documents concerning them date back to 1336. From the 14th century onwards, the Popes sought to give them a juridical regulation and they gradually expanded their tasks to devote themselves to preserving the faith in the Holy Land, supporting the charitable works and social services of the Church, in particular those promoted by the Latin Patriarchate of Jerusalem.

There are 30,000 Knights and Dames worldwide who are very active within their local Churches and strongly united with the bishops of the territory, who often act as Grand Priors of the Order’s Lieutenancies. Would you say that the mission of the members of the Order consists in being ambassadors of the Holy Land in their respective dioceses?

the coat-of-arms of the order

PAROLIN: It could be said in all truth that the members of the Equestrian Order of the Holy Sepulchre, both the Knights and the Dames, are like “ambassadors” of the Holy Land. In fact, in addition to living their own Christian faith and manifesting adherence to the Catholic Church in the environments in which they live and work — in which sense all the bap-tized are called to be “ambassadors of Christ” (see 2 Cor 5:20) —they promote initiatives in favor of the Holy Places in the parishes and in the dioceses they belong to. Moreover, through their presence they also raise awareness among the faithful to meet the needs of the Christians who live in the Holy Land, often in difficult, if not dramatic, conditions.

Today, the most pressing task is to create the political and socio-economic conditions that favor the permanence of Christians in the Holy Land, because it is in the interest of the whole Church that the Land of Jesus does not become a museum of archaeological finds and precious stones, but continues to be a Church built with “living stones” (1 Pt 2:5), Christians who for 2,000 years have continued the uninterrupted tradition of the presence of Christ’s disciples.

The Holy Land has been experiencing an exceptional increase in pilgrimages for some years. What is your analysis of this phenomenon concerning the Mother Church of Jerusalem?

PAROLIN: Pilgrimages are an important way to support the Christian presence in the Holy Land. It is also through these journeys of faith that Christians can help their brothers and sisters who live there.This allows the Christians of the Holy Land to work and support their families. Without this contribution of solidarity, the Holy Land would be poorer not only from the economic point of view, but above all from the human point of view. In fact, pilgrimages allow an exchange of cultures, languages, traditions, etc. which open to knowledge and mutual respect, promoting a society founded on the values of universal justice and fraternity.

In collaboration with the Equestrian Order of the Holy Sepulchre of Jerusalem.