The Message of the Icon: The Ultimate Family Reunion

The Message of the Icon: The Ultimate Family Reunion 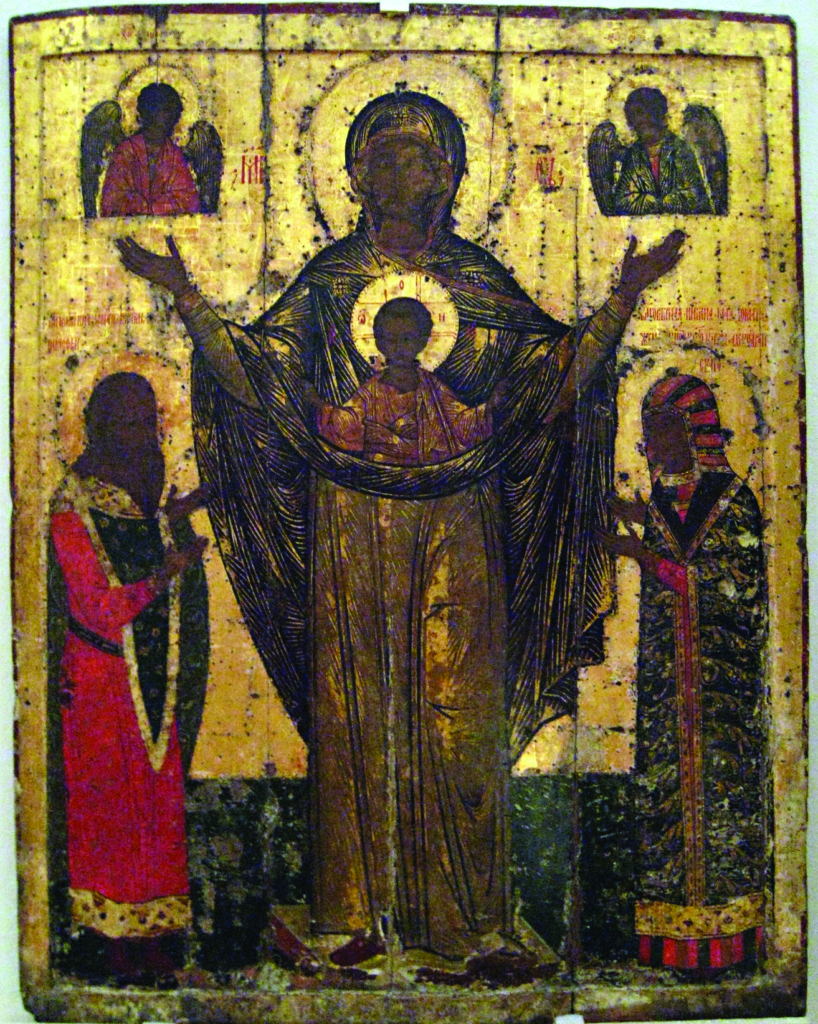 Neither the Protoevangelium nor the Gospels mention whether Joachim and Anna were actually able to meet their Divine Grandson in the flesh. The presumption is that they passed to their eternal reward well before the birth of the Messiah. After all, they were rather elderly even before the birth of their daughter. So, it seems that in temporal terms they may have had to wait until the Ascension of Jesus before they were able to greet Him with a grandparents’ hug and a kiss. But even then, the issue remains murky, for presumably they would need to wait until the General Resurrection and the reunion of body and soul before so greeting Him. But such speculation is, perhaps, quite beside the point.

We can be certain that the salvation of Joachim and Anna is assured, and that they were full citizens of God’s Kingdom even before the Ascension. They were witnesses to the entrance of Jesus, Body and Spirit, Humanity and Divinity, triumphantly taking His place at the right hand of His Father (whatever that might mean, since the Father is Himself bodiless). Spiritual relationships can often be quite confusing!

Again, the mechanics of interpersonal relationships in heaven are not known in detail and are no doubt quite beyond earth-bound human comprehension. However, it would seem inarguable that some special bond exists even in the heavenly realm between the principal actors in momentous events. Thus, the icon depicts a three-generation portrait of the single most significant family in history. Joachim and Anna provide spiritual support for their daughter, who in turn is shown bearing her divine Son in her womb; the medallion icon is generally known as the Panaghia, or All-Holy, to denote the holiness of Mary above all other saints. A variant of the icon is known as the Platytera, or She Who is Wider than the Heavens, often found in the sanctuary or the ceiling of churches of the East. Significantly, Joachim and Anna are depicted holding their daughter, as shown by their hands beneath the medallion; saints are not generally formed in a vacuum, but rely on a support system of family, friends and holy advisors to reach their exalted spiritual state. “No man is an island” in the poet’s words, and the icon drives home the point that all human relationships go toward forming souls, either for good or ill. The influence of Joachim and Anna clearly worked for the good; probably partly due to their influence Mary was brought to utter her world-changing “Let it be done unto me.”

There were of course a great many more ancestors of the Messiah. The great extended family dating back to the dawn of human history are implicitly present in the icon as well. Mundane science informs us that the genetic inheritance of David and Solomon, of Noah, the Patriarchs and so many others dwelt in these four figures. Most of these ancestors of God, we hope, enjoy the same beatitude depicted in our icon; some, perhaps, may be missing from the great family reunion, since not all the forebears of Jesus could exactly be termed righteous.

A larger picture yet may be discerned: among His many other gifts, the Messiah brought us the means to also be incorporated into His family circle. We are children of the heavenly Royal Family by adoption, of course. We are not divine by our nature, obviously, but the grace of God allows us entrance to the family estate. But further than that, we are actually able to claim a certain blood relationship to the family, for the Eucharistic Blood of Jesus our High Priest and King runs in our veins as well!