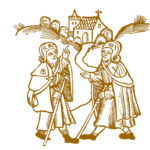 This Year Marks an Important Spiritual Moment for England: the Country is Being “Re-consecrated” to Mary as Her Dowry… 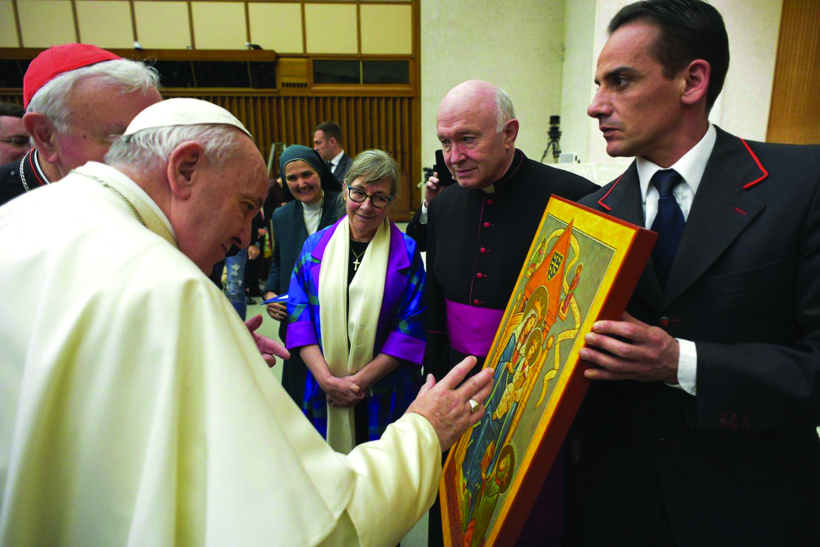 In a historic act that harkens back to the year 1381, the Catholic Church in England has officially rededicated the nation to Mary, the Mother of God.

A ceremony was slated to take place March 29 at the National Shrine of Our Lady of Walsingham, led by Monsignor John Armitage, rector, to be representative of a nationwide act of prayer to again place England under the patronage of Mary.

“It is taking place in 2020 quite simply to address the fact that the understanding of the ancient title of England as the Dowry of Mary, indicating the great love of Our Lady by the people of England, has declined, and needs to be highlighted for this generation, and also to promote the Message of Our Lady at Walsingham to ‘Share My Joy at the Annunciation,’ for Walsingham is a Marian Shrine of the Incarnation,” Armitage said.

The first dedication of England to Our Lady was made in 1381 by King Richard II in Westminster Abbey on the feast of Corpus Christi, in thanksgiving for his kingdom being saved at the time of the Peasants’ Revolt.

In 1399, Thomas Arundel, archbishop of Canterbury, wrote to his suffragan bishops:

“The contemplation of the great mystery of the Incarnation has drawn all Christian nations to venerate her from whom came the first beginnings of our redemption. But we English, being the servants of her special inheritance and her own dowry, as we are commonly called, ought to surpass others in the fervor of our praises and devotions.”

So the title of England as the “Dowry of Mary” was in use by the end of the 14th century, but Archbishop Arundel’s letter further indicates that, at the time of his writing, it was already in common use, indicating an earlier origin.

The word “dowry” (from the Latin dos, meaning “donation”) is sometimes understood as the donation accompanying a bride. In medieval English law, however, the meaning is reversed — a husband would set apart a portion of his estate designated for the maintenance of his wife, should she become a widow. The historical understanding of England as “Mary’s Dowry” is understood in this sense — that England has been “set apart” for Mary.

The rededication this year includes the communal praying of The Angelus Promise and The Act of Entrustment prayers by the Catholic people of England throughout all the nation’s parishes and private homes.

A Plenary Indulgence was granted by the Bishop of East Anglia to all who participated in the rededication.

A Mass was planned for celebration at the National Shrine in Walsingham, followed by procession of a statue of Our Lady of Walsingham and a new Dowry Painting, which were to be carried to the original Holy House site on the grounds of the Walsingham Priory.

The painting, an icon, was brought to Rome by Cardinal Vincent Nichols, Archbishop of Westminster, Msgr. Armitage and the artist, Amanda de Pulford, and blessed by Pope Francis in February; after the rededication, it will be carried to every parish around the country, never to return to Walsingham.

Amanda de Pulford is a 64-year-old artist who, over the past 15 years, has turned her hand to iconography, a style of painting that all but vanished from England after the Reformation.

Her interest in icons developed after a visit to theTretyakov Museum in Moscow. “I saw that through painting in this way I could come to understand the meaning of the Incarnation and the events of salvation history in a much more profound way, which was something I wanted very badly indeed,” she explained.

With her seven children grown up, Mrs. de Pulford was able to travel regularly to Brussels to be tutored by Irina Gorbounova Lomax, the distinguished Russian icon painter.

The Shrine of Our Lady at Walsingham itself was established in 1061 when, according to the text of the Pynson Ballad (c. 1485), Richeldis de Faverches prayed that she might undertake some special work in honor of Our Lady. In answer to her prayer, the Virgin Mary led her in spirit to Nazareth,showed her the house where the Annunciation occurred, and asked her to build a replica in Walsingham to serve as a perpetual memorial of the Annunciation.

This Holy House was built and a religious community took charge of the foundation. Although there is very little historical material from this period, it is known that with papal approval the Augustinian Canons built a Priory (c.1150). Walsingham became one of the greatest shrines in Medieval Christendom.

In 1538, the Reformation caused the Priory property to be handed over to the King’s commissioners, and the famous statue of Our Lady of Walsingham was taken to London and burned. Nothing remains today of the original shrine, but its site is marked on the lawn in “The Abbey Grounds” in the village.

After the destruction of the shrine, Walsingham ceased to be a place of pilgrimage. Devotion was necessarily in secret until after Catholic Emancipation (1829) when public expressions of Catholic faith were allowed.

The Church of England also built a shrine to Our Lady of Walsingham in 1938.

Msgr. Armitage explained why the rededication should take place now: “Each generation and moment in history brings great and sometimes dangerous challenges. Our moment in history is one such time. Our Holy Father Pope Francis says that ‘we are not in an era of change but a change of era.’ Pope Leo XIII prophesied that: ‘When England comes back to Walsingham, Our Lady will return to England.’ As the world and the Church face the challenges of our day, we turn to one who overcame her fear at the Annunciation, accepting, in faith, that nothing is impossible to God. Her ‘Yes’ to God created the way for the light of Christ to enter into our world. In faith, like Mary, we wish to bring that light into the world of today.”