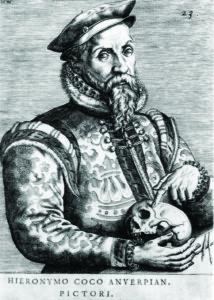 The Uffizi Galleries in Florence are a conglomeration of two museums and a public garden: the Uffizi itself (in a building designed by Vasari in 1560 for Cosimo I de’ Medici to accommodate the “offices” of Florence’s magistrates), the Palazzo Pitti (the Medici’s main residence across the River Arno), and the Palazzo’s splendid 16th-century gardens known as “Boboli” after the original owners of their land. With over 4 million visitors a year, it’s the most popular museum complex in Italy. Among its most famous works of art are Botticelli’s Primavera, The Birth of Venus, and Adoration of the Magi; Michelangelo’s The Holy Family; Leonardo da Vinci’s The Annunciation and the Adoration of the Magi; and Raphael’s Madonna of the Goldfinch and his portrait of Pope Leo X, now on loan to “Raffaello,” the exhibition on in Rome (see “Of Books, Art, and People,” May). 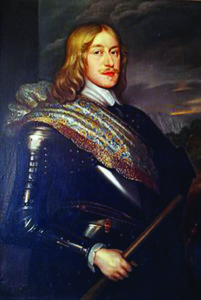 The Uffizi complex was closed from March 8 until May 29 because of Covid 19, but the security squad continued in-house to protect the artworks from theft and through climate control. During the first week of closure, the two museums were sanitized. There was no need to worry about chemical damage to the paintings because they’re all protected by special state-of-the-art non-reflective glass. The administration and all its curators worked from home keeping daily records of their activities and holding weekly meetings via the internet. No one lost his or her job.

Starting on March 10, the Uffizi, Palazzo Pitti, and the Boboli Gardens changed from being a conventional museum conglomerate to a virtual one by setting up video virtual tours added daily on its Facebook account in Italian (many with English subtitles). They were hosted by German-born Eike Schmidt, since 2015 the Uffizi’s first foreign director, or department curators. These tours are free. Facebook’s followers increased by 50,000 since March 8 (https://www.facebook.com/uffizigalleries/video). 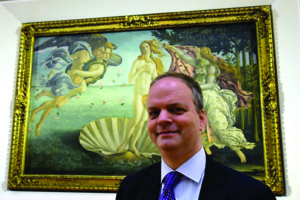 Eike Schmidt, Director of the Uffizi Gallery, in front of Sandro Botticelli’s Primavera

At the end of April, the Uffizi activated on the museums’ site a live virtual tour (https://www.uffizi.it/mostre-virtuali/uffizi-virtual-tour): with just a click, it’s possible to walk through 10 perfectly digitalized halls of the Gallery. Maybe in the future, the Uffizi could consider charging for programs on-line. But, for now, charging for digital contents would be against the Uffizi’s founder’s principles. For in 1737 Anna Maria Luisa de’ Medici, the last Medici heiress, via the agreement known as Patto di Famiglia (Family Pact), donated the family’s art collections to the city of Florence for public use, education, and tourism. In 1765 they were officially opened to the public, formally becoming a national museum in 1865. Hence the Uffizi belong to the people of Italy.

Also during lockdown, Schmidt announced the purchase from an antiquarian map dealer in La Jolla, California, of a very rare print of a panoramic view of Renaissance Florence dating to 1601.

The earliest known view of Florence, called “Florence in Chains” because of a chain drawn around its frame, was by Francesco Rosselli and dates to 1482-90. Its only surviving copy is in Berlin.

The prototype of the Uffizi’s view was first etched in Antwerp by brothers Lucas and Jan Van Doetecum, then printed in 1557 by the Flemish painter, etcher, and publisher Hieronymus Cock (1518-70). Its only surviving copy once belonged to the Swedish statesman Count Magnus Gabriel de la Gardie (1622-86) and has been in the National (formerly Royal) Library of Sweden since 1780.

Instead, this newer Uffizi print dates to 1601, because, in 1600 when Cock’s widow Volcxken Diercx died, the famous engraver Philip Galle, once Cock’s associate and then executor, retained many of Cock’s copper engraving plates. He sold them to another Dutch engraver, Paul van der Houve, who’d settled in Paris. Hence Van der Houve “edited” the plate and the Uffizi’s unique view is dated Paris, 1601. Otherwise, it’s the same as Sweden’s. Visible are Giotto’s bell tower, the Duomo (Cathedral), Palazzo Vecchio, Palazzo Pitti, Santa Maria Novella and Santa Croce. Missing is the Uffizi building (in 1557 Cosimo I de’ Medici had not yet commissioned Vasari to build it). 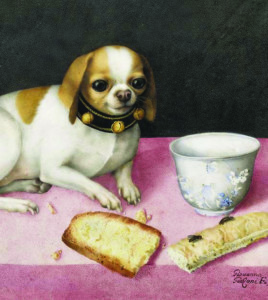 As for temporary exhibitions, The Greatness of the Universe in the Art of Giovanna Garzoni opened on May 29. Garzoni (1600-1670), prominent during the Baroque period, started her career painting religious, mythological, and allegorical subjects, but became famous for her botanical works in tempera and watercolors. She worked at several European royal courts, but her primary patrons were the Medici.

Also, the already well-attended “Ai piedi dei dei” or “At the feet of the gods” in the Palazzo Pitti’s Museum of Costume and Fashion has reopened. It shows the history of shoes and sandals from ancient sculptures to the sandals worn by Liz Taylor in Cleopatra, Charlton Heston in Ben-Hur, and Russell Crowe in The Gladiator. 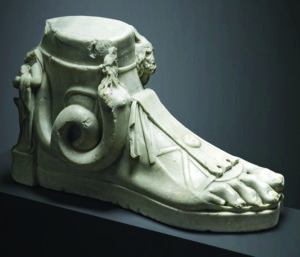 A statue of an ancient Roman foot

Scheduled for fall openings are Stories of Painted Pages. Medieval Manuscripts and Illuminations Recovered by the Carabinieri’s Florentine Cultural Heritage Protection Unit and the first monographic exhibition ever devoted to Florentine Giuseppe Bezzuoli (1789-1855), a protagonist of 19th-century painting. The sculptures of Horatio Greenough and Hiram Powers and landscape paintings by Thomas Cole will be displayed in a special section devoted to young American artists who attended Bezzuoli’s courses at Florence’s Accademia di Belle Arti. In recent years the Uffizi has bought five of his paintings.

March’s closure cost the Uffizi some 10 million euros in lost entrance fees in these two months. If closure had lasted longer, the Uffizi would have had to postpone its architectural and layout modernizations. Because of its huge number of visitors, the Uffizi is luckier than many smaller, less-visited museums in Florence. Fortunately, in 2018, it was agreed that all State museums would donate 20% of their proceeds to smaller, less-visited museums.

While most famous for its Italian Renaissance paintings, the Uffizi houses art from all over the world, in particular Islamic countries, sub-Saharan Africa, and China, many works having been diplomatic gifts to the Medici, important collections of ancient Greek and Roman sculpture, Spanish paintings and drawings, and except for the Hermitage, the largest collection of Dutch and Flemish paintings outside the Low Countries. Schmidt doesn’t expect a huge deluge of visitors during 2020, rather that the visitors will be Florentines and Italian nationals. Hopefully, the foreign visitors will be able to return in 2021…