Fr Cui Qingqi to be the new bishop of Wuhan

Fr Cui Qingqi to be the new bishop of Wuhan

The ordination ceremony will be held on 8 September in the Cathedral of St Joseph. The episcopal see had been vacant for 14 years. The appointment by government authorities was done less than a year ago. This will be the fourth ordination since the renewal of the Sino-Vatican agreement. There is a problem of jurisdiction with respect to three different episcopal sees. 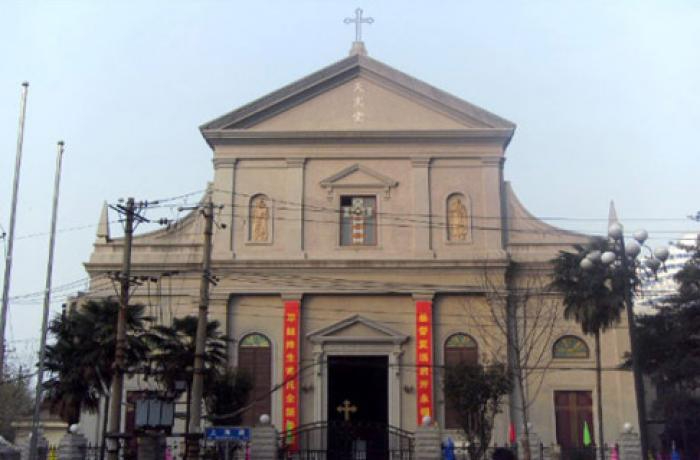 The local diocese issued an official statement noting that the ordination will take place on 8 September, feast day of the Nativity of Mary, at 8.08 (local time) in the Cathedral of St Joseph.

Over the past year and a half, Wuhan has made headlines as the epicentre of the COVID-19 pandemic.

The capital of Hubei province is a major episcopal see. This is where the first ordination of two bishops took place 13 April 1958 without Holy See approval: Bishop Bernardin Dong Guangqing of Hankou and Bishop Marc Yuan Wenhua of Wuchang.

The consecration of the bishop of Wuhan had long been hoped for, as proof and symbol of the autonomy of the official Church recognised and controlled by the Chinese Communist Party (CCP).

In 2007, the government picked Fr Joseph Shen Guo’an as diocesan leader and had supported him as an episcopal candidate, setting his ordination date for 9 June 2011.

Without any explanation, Fr Shen’s consecration was cancelled a few days after it was done. He continued to act as diocesan leader, but in December 2012, when he agreed with the clergy for a transfer of posts and offices, the authorities stopped supporting him and replaced him with Fr Cui, imposing the latter as diocesan administrator.

A Franciscan of the Friars Minor, Fr Cui was born in 1964 in Changzhi (Shanxi) and was ordained a priest in 1991. In addition to being an administrator, he has also been diocesan secretary and vicar general.

As an episcopal candidate, his “democratic” election took place on 27 September 2020. Church bodies loyal to the CCP submitted only his name to the Holy See.

Obviously, the Vatican was unable to refuse the appointment, even if the concrete possibilities of assessing its suitability were evidently limited.

Fr Cui’s will be the fourth ordination after the renewal last October of the Sino-Vatican agreement on episcopal appointments in China.

The first concerned the bishop of Qingdao (Shandong), the second that of Hongdong-Linfen (Shanxi), and the last, Fr Li Hui, was ordained as a new coadjutor bishop of Pingliang (Gansu) on 28 July.

Fr Cui’s consecration raises the issue of his jurisdiction as bishop. According to the Chinese government, the Diocese of Wuhan covers three other Catholic episcopal sees: Hankou, Wuhan and Wuchang.

It is not known exactly on what legal basis the Holy See approved the new bishop since the problem of diocesan borders has not yet been officially resolved.