In Praise of the Virgin: “Mary, Our Only Hope”

In Praise of the Virgin: “Mary, Our Only Hope”

In early October, an important two-day conference was held in Rome on the role of Mary in the New Evangelization. A call for the consecration of Russia to Mary’s Heart.

An international symposium dedicated to the study of Mary and her cultural and theological significance throughout history was held at the Centro Russia Ecumenica in Rome on October 2 and 3.

The two-day event, entitled “Mary, Sign of Faith (and Only Hope),” explored Mary’s role in leading Christians toward greater devotion to Christ.

Participants had the opportunity to hear from a wide var­iety of experts, from British author Leonie Caldecott (on the history of Marian images in England) to German historian Michael Hesemann (on the historical person of Mary).

“It is important to look at Mary as a model, as a sign of faith,” Prof. Edmund Mazza of Azusa Pacific University in Los Angeles, California, primary organizer of the conference, said. “We’re on our way to God, we don’t see the beatific vision yet, so we need symbols, we need signs to take us on the road. And it’s very important that we turn to Mary. As Louis de Montfort, the great Doctor of the Church, once said, it’s through Mary that Jesus came into the world, and it’s through Mary that Jesus will reign in the world. She had a role to play at the beginning when He first came, and she has a role to play now as we approach the end times.”

Another reason for the conference was its coincidence with the 95th anniversary of Our Lady of Fatima’s “miracle of the sun” in October 1917, which was followed one month later by the Russian Revolution.

This conference came just days before the opening of the Bishops’ Synod on the New Evangelization. Mary has always been seen as central to evangelization, to spreading the “Good News” of Christ, her Son.

“Of course, any attempt at evangelization has to start with Mary because Mary was the first evangelizer,” Mazza said. “She held up little Baby Jesus and showed the Wise Men, and He was the light to the Gentiles. She helped Jesus work His first miracle when He began His public ministry.”

Mary’s role as evangelist, moreover, extends beyond the Gospels and to foreign continents.

Our Lady of Guadalupe, for instance, was “the catalyst that helped to convert 9 million Aztecs over the course of 15 years, whereas before her apparition in Mexico City they had maybe a few hundred, or a few thousand, converts.”

In addition to the Synod, the 50th anniversary of Vatican Council II was commemorated in October.

“It is ironic,” Mazza said, “that, after the Second Vatican Council, especially for the first 10, 15, maybe 20 years, there was a decline in Marian devotion. I say it’s ironic, because when Pope John XXIII opened the Council exactly 50 years ago, he did it on the feast day of the Maternity of Mary, which actually has subsequently changed.”

With regard to renewing Marian devotion in modern society, Mazza said all recent Popes have desired this.

“Pope Paul VI actually tried to do it in the heat of the crisis,” Mazza said. “It was in 1972, when he complained that the smoke of Satan had somehow entered into the Church. He issued an encyclical on Mary and tried to bring about greater devotion to her. And then of course Blessed John Paul II took on the title Totus Tuus as his motto: ‘I am all yours.’”

Blessed Pope John Paul II was devoted to Our Lady of Fatima, Mazza noted. “She saved his life on the day he was shot in St. Peter’s Square. He was shot in 1981 on May 13th — the very day in May that she first appeared to the children in 1917.”

Thus Mary may be seen as a “key” to open the way to the New Evangelization and to the Year of Faith, Mazza said.

“There are promising signs that we can renew our faith in Jesus and get closer to Him by knowing Mary,” he said. “I like to say: No Mary, no Jesus; know Mary, know Jesus.”

But, Mazza added, with regard to spreading the importance of Marian devotion, “there’s a certain urgency of the moment; we see a rise in a world without God.”

“Our Holy Father has talked about the dictatorship of relativism, about the errors of socialism, and during this time of world-wide economic crisis there is a temptation to think only in terms of those things,” Mazza said. “But when Our Lady came to Lourdes, and when Our Lady came to Fatima, first in the late 19th and then in the early 20th centuries, she offered another plan. She said we have to make reparation to her Immaculate Heart. We have to pray the Rosary every day. We have to promote the Five First Saturdays. And the Pope has to consecrate Russia, together with all the bishops.

“I think if we want to solve our worldwide crisis, we have to actually start with Mary, because when God wanted to solve the universal crisis, He sent the angel Gabriel to Mary, and that is how the New Testament begins. Whenever God wants to renew the world, He does it through Mary.”

Another highly significant anniversary is fast approaching: that of Emperor Constantine’s victory at the Milvian Bridge. That Rome battle took place on October 28th in 312 A.D. — 1,700 years ago — and marked the beginning of Constantine’s conversion.

And that meant the end of almost 300 years of Christian persecution, generations when Christians were subject to violence and murder for refusing to worship the god of the state.

“Constantine’s victory led to an edict of toleration that resulted in the birth of Christian civilization as we came to know it,” Mazza said. “Now we’ve come full circle.”

The main error of our times is that we’ve lost the sense of the transcendent, Mazza believes. “People are concerned about saving the planet, global warming, and so forth, but what we’ve lost is an awareness of the salvation of the soul,” he said.

Mazza noted that October 2012 was the 95th anniversary of the Miracle of the Sun at Fatima in 1917, when tens of thousands of people witnessed extraordinary solar activity. The miracle, officially recognized by the Holy See in 1930, took place after the six apparitions of the Blessed Virgin Mary to Lucia, Francisco, and Jacinta.

“The Fatima message foretold the Bolsheviks would take over Russia, institute a secular socialism where government controls everything, tells everyone what to do, and where government contradicts the people’s religion, Christianity in particular,” Mazza said. “And what do we see today? In America, the Church is being persecuted now quite openly; individual Christians, let alone Church institutions, are going to be forced to pay for contraception and abortifacients, to go against their moral principles. It’s Diocletian’s persecution all over again. If you refuse to follow the norms of the state, you’re going to suffer.”

Mazza believes that one way for the Church to confront this new persecution is to fulfill the request of the Virgin to the children at Fatima: the Pope, he says, should call on the world’s bishops to consecrate Russia to Mary’s Immaculate Heart. He said that Pope John Paul II did consecrate the whole world to Mary on March 25 in 1984, but he said Russia has still not been singled out for consecration, and that is why the promised “time of peace” has not yet come to the world.

“The only thing that will kill the errors of socialism and the dictatorship of relativism that the Pope has talked about is this,” Mazza said. “We need the Pope and the bishops to take five minutes in a public ceremony to consecrate Russia to Mary’s Immaculate Heart.” The Year of Faith, he added, may be the perfect time to do so.

In addition to Mazza, Raymond de Souza and Dr. Mark Miravalle were also in agreement that an alarm needs to sound to awaken both the Catholic Church’s hierarchy and lay faithful. “The West appears dominated by elements of rationalism, skepticism, atheism, and secular humanism,” Miravalle said. “Man cannot, on his own, solve the exponentially complex and world-threatening issues of today, which are, in root, the ramifications of his own contemporary rejection of God’s existence, God’s revelation, God’s assistance. A historic outpouring of grace is the remedy, and it is the only remedy.”

For Miravalle, the catalyst that will unleash the floodgates of grace would be the Pope solemnly proclaiming the fifth Marian dogma: her Spiritual Motherhood over Christians and her titles of Co-redemptrix, Mediatrix, and Advocate (her functions).

“Within the mysterious domain of the providence of God and the freedom of man, the more we freely acknowledge these supernaturally powerful roles of our Spiritual Mother, the more she is permitted by the Heavenly Father to exercise them on our behalf,” said Miravalle. “This is why many contemporaries within the hierarchy, clergy, and laity among the People of God sense it deep within their hearts and souls that precisely now is most urgently the time for the solemn definition of the Spiritual Motherhood of Mary and her roles by the Supreme Pontiff. Only the infallible acknowledgement of these roles can bring into full action the supernaturally powerful intercession of the Mother of God which is providentially contained within these roles.”

Valentina Vinogradova, a Ukrainian journalist in Rome, told of the miraculous intervention of the Mother of God for the Russian and Ukrainian peoples down through the centuries in signs, that is to say, in icons.

She concluded by saying: “On the Feast of the Immaculate Conception, December 8, 1993, in Piazza di Spagna, our beloved Pope John Paul II addressed these words to the Blessed Virgin which are very dear to all us Slavs: ‘Look to the vast Russian steppes of Eastern Europe. Come, Mother of Kazan, Mother of Chernigov, Mother of Vladimir, as a pilgrim among the nations that make up the people who loves you.’

“My childhood and adolescence coincided with a spiritual desert that has created in the hearts of our people a wound, which rightly should have its own time to heal. The fact that we Slavs have gotten back on the track of faith is a great victory, because it was not easy to re-open the hearts of almost three generations of people who grew up and lived like me, in times of total atheism. I believe that with patience, regaining our age-old traditions and our great devotion to the Blessed Mary, with her help and protection, we can build a better world and become especially ‘better inside.’ Our hope is that the Mother of God will always be with us and help us.” 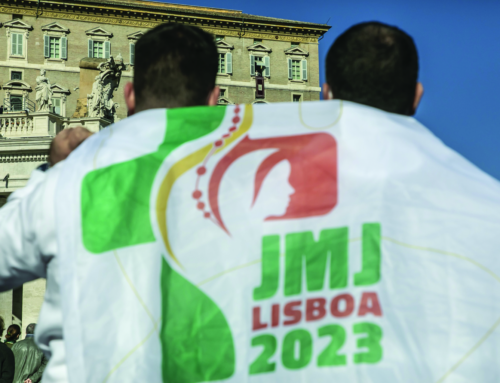 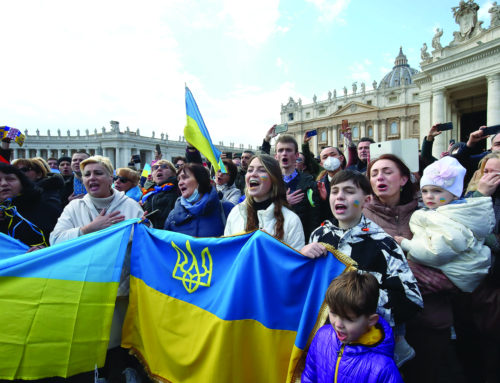 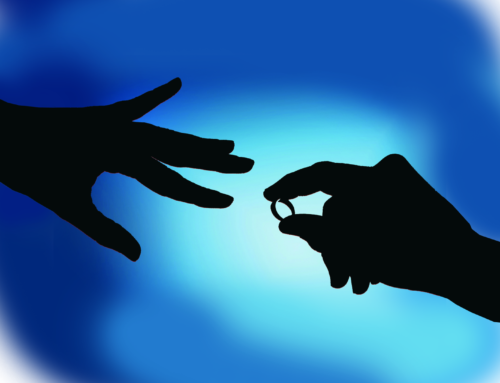