New Challenges for Francis in May

New Challenges for Francis in May 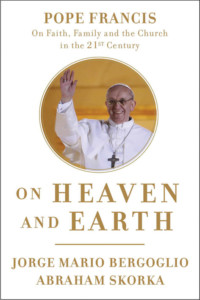 On Heaven And Earth, written by Jorge Mario Bergoglio and Abraham Skorka.

A rabbi who has known Pope Francis for almost 20 years and counts him as a close personal friend said the Pope’s late May trip to the Holy Land will be a challenging balancing act because of the high expectations of Israelis and Palestinians, and of Christians, Jews and Muslims.

“There are many themes, many conflicts that he will have to face, and there are the expectations of many people,” said Rabbi Abraham Skorka, rector of Buenos Aires’ Latin American Rabbinical Seminary and co-author with the Pope of the book On Heaven and Earth.

The rabbi was in Rome in mid-January along with a group of Jewish leaders from Argentina. They had a kosher lunch, catered by a Rome restaurant, with Pope Francis January 16 at the Domus Sanctae Marthae, where the Pope lives. Rabbi Skorka went back for a private lunch with the Pope on January 17. The rabbi gave a speech January 16 at the Jesuit-run Pontifical Gregorian University about Catholic-Jewish relations in Argentina, and met with the press afterward.

He told reporters that the Pope’s trip to Jordan, Israel and Palestine “is a very sensitive theme” and that every detail must be handled very carefully because of the “many themes, many conflicts and the expectations of many people — some of which are very radical.” He added: “This is a great challenge for my friend.” 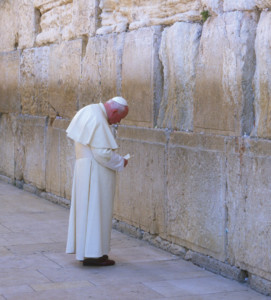 After visits to Jerusalem by Popes Paul VI, John Paul II and Benedict XVI, Skorka said, Jews around the world are expecting a further gesture of reconciliation and a sign of the Catholic Church’s commitment to moving relations of mutual respect forward. “What I expect, ask from God and hope with all my heart is that, in a very intelligent way, in a very careful way — because the inhabitants of that region… have many passions — he (Pope Francis) is able to leave a message of peace that will inspire a dimension of peace for all,” the rabbi told those attending his speech. “Obviously, it won’t be easy.”

“It’s easy to imagine the Pope being dragged by his coattails from one place to another because of what he represents and what he means,” Rabbi Skorka said.

However, Pope Francis has the strength and charisma to resist manipulation, “and leave a very positive sign,” he said. “He won’t resolve all the problems — that’s impossible. But I hope he can leave a sign that can inspire people to peace.” 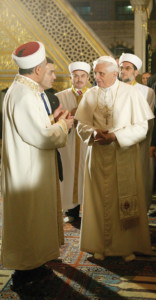 In his main speech, Rabbi Skorka said the book he wrote with the pope, On Heaven and Earth, is a collection of their dialogues about themes of great concern to people today. “In Argentine society, where the ability to dialogue seems very limited, we wanted to give a living example of the meaning of dialogue in the broadest sense,” he said.

The rabbi’s and then-cardinal’s discussions about the meaning of life and death, about sin, the economy, politics, poverty and about the Holocaust show that religions “offer a valid alternative in facing life’s problems.”

Before Cardinal Jorge Ber­goglio was elected Pope Francis in March 2013, the two also recorded 31 televised discussions about current topics of social and religious interest in Argentina.

“All we did was offer people the fruit of our relationship,” the rabbi said. “The Bible offers a clear, simple response to the concerns of our age,” which Pope Francis continues “to show in his daily teachings” through his morning Mass homilies, General Audience talks and Sunday Angelus addresses.

Catholic-Jewish dialogue began in Argentina in the 1950s — pushed by the concerns of Argentina’s large and diverse immigrant population and by social and economic tensions in the country. But until the 1990s, Skorka said, the dialogue had not really reached the masses because it was too theoretical and scholarly. 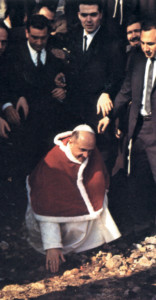 Rabbi Skorka said his public dialogues with Cardinal Bergoglio and similar efforts by others over the past 25 years have tried to show Christians and Jews how much they have in common, how important dialogue is for promoting respect and social harmony, and how much Christians and Jews can accomplish when they work together to help the poor and bring moral values to society.

Accompanying Rabbi Skorka, Cardinal Kurt Koch, president of the Pontifical Commission for Relations with the Jews, said he sees “a beautiful continuity from John Paul II to Benedict XVI to Francis in the importance they give to this dialogue” with the Jews.

“Judaism is not a religion like any other” for Catholics, he said, because “Judaism is the mother of Christianity.”

“Reconciliation between the synagogue and the Church is very important and I’m convinced that Pope Francis wants to carry it forward,” the cardinal said.

Cardinal Koch said he was pleased to hear that Pope Francis told the rabbi that the next step in Catholic-Jewish dialogue must be theological, “perhaps developing further a Christian theology of Judaism and, perhaps, a Jewish theology of Christianity, to understand each other better and to deepen our understanding of all we have in common.”

Rabbi Skorka said that for him as a believer, “I want to know why Catholics are Catholic and I want them to know why I am Jewish. Only when we understand this will there be mutual respect.”