“Grant to us, O Lord, we pray to you, the effect of the devoted supplication, and which has become propitious for us, remove the plague and famine: so that the hearts of mortals know that these scourges burst with your indignation, while they cease for your mercy “

– Ambrosian Rite ‘Prayer over the people‘ 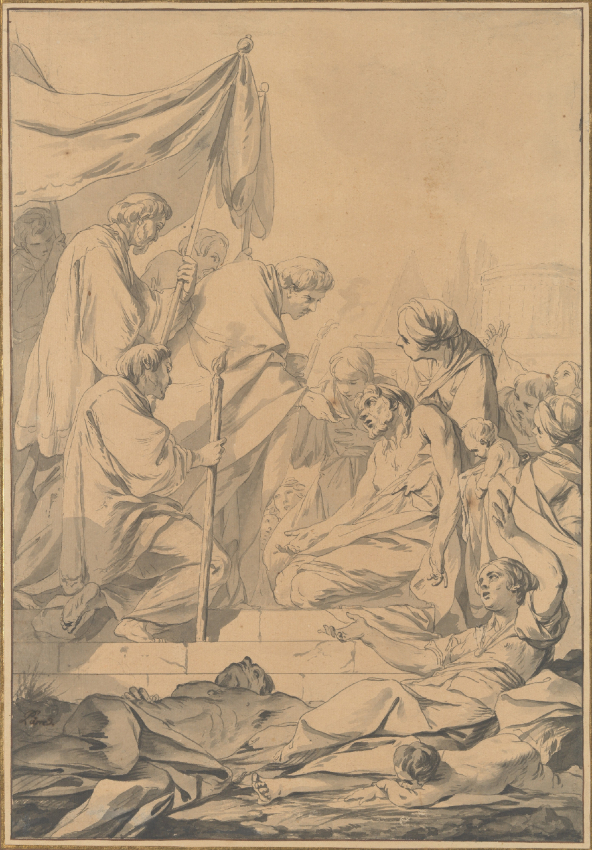 I’m pleased to be with you once again today, as Dr. Moynihan continues to work toward the next edition of Inside the Vatican magazine, as well as his forthcoming book.

Today, the Church of the West marks the beginning of Lent with Ash Wednesday. It is a day set aside as a time to contemplate our own ‘dis-eases.’ Where are you not at ease? We all have these. Yours may be diseases of the body, mind, heart, or soul – I do not know what afflictions you carry, but I know that you bear them – As does the Church, as does society, as does the world. We are a people troubled.

As ashes are placed on our heads, and we contemplate the very dust from which we came and to which we shall return, we know acutely that healing must happen. 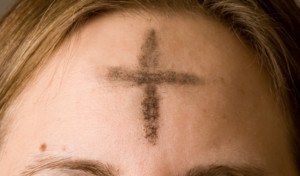 One cannot help but be aware of the literal disease that affects the globe – COVID-19 – the Coronavirus.

On Monday morning, Dr. Moynihan had a phone conversation with Archbishop Carlo Maria Vigano. Dr. Moynihan recounted this conversation to me, and said that the archbishop spoke with a message of hope despite fear in this time of repentance and sacrifice.

Vigano says that as he drives around Northern Italy, it is clear to him that the Italians are afraid of this virus. The shelves in Northern Italy are, in some places, getting bare. He is praying through this whole Lent for everyone who is affected throughout the world.

He had just gone to confession, received in confession only because he is ordained, since the doors of churches are closed and even public masses are not allowed to be celebrated at this time. This, he sees as a real unprecedented tragedy.

Vigano says that he is glad for confession, which allows for his mind to be focused entirely on Christ and the Church, and wishes that the church be faithful, fruitful, and blessed.

The archbishop recounted how his practice is to celebrate mass at 7:30 in the morning after matins and lauds from breviary. He is more and more attracted to the Latin language, and has been celebrating mass in Latin according to the Ambrosian rite- the rite of the land where he was born.

Vigano also passed on to Dr. Moynihan that he also prays for Pope Francis- his intent in these months and years has been to ask for God’s blessing on Francis, that he become Peter, and like every Christian after, that he repents of any shortcomings and that he turn and confirm his brothers in the faith of all time. Vigano is entrusting his own life, the life of his beloved Italy, and the life of the whole world to the care of his Blessed Mother. He is filled with sorrow at the suffering of the Chinese and everyone who is afraid of this disease, yet he trusts that the fundamental truth is that God, even though he allows such sufferings, is always calling us back to Him.

Dr. Moynihan recounted how Vigano was recently reminded that the church has gone through periods of plagues and diseases many times before. The great Italian saint, Charles Borromeo, often carried the Eucharist to those suffering from the plague, and himself succumbed to the fever at the age of 46 and died.

Vigano tells that he is preparing for Lent as he has throughout his life and he wants all who have prayed for him to know that he appreciated their prayers and seeking evermore intently to participate in the healing of the Church which he loves, and in the salvation of all who are lost and heavy-burdened in this fallen world. He wishes everyone a blessed Lenten season. Before they said goodbye, the monsignor gave Dr. Moynihan his blessing. 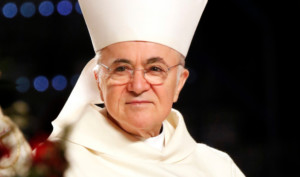 It is clear- we are are a people ill at ease. And yet – Christ is our remedy.

St. Charles Borromeo incarnated this – taking Christ to those suffering.

Archbishop Vigano is enacting this – lifting to Christ in prayer the needs of the Church, the world, and all in need.

The Cross shows it in perfection – the ashes on our heads bear witness to this.

We are also given the tools with which we battle all that is not how it should be: We pray, we fast, we give alms, we surround ourselves with the Beauty that is the Cross. Most crucially, we have Jesus who is our hope. This is Lent.

And so, here let us spend a few minutes with beauty.

As we continue to contemplate and prepare for the Passion, we are blessed to share with you the second installment of the work of Metropolitan Hilarion – the Passion According to St. Matthew (a composition that is dear to us at Urbi et Orbi, having been involved in making the premier performances in Moscow and Rome a reality in March of 2007).

We pray that all the dis-ease of the world will be healed – one such disease being the fracturing of the Body of Christ. Our Foundation seeks to bring about wholeness in Christianity and unity between Churches. This is vital work, and you make it possible.

Our series of musical Lenten inspirations will continue leading up to the Feast of the Resurrection. May you be blessed by it. 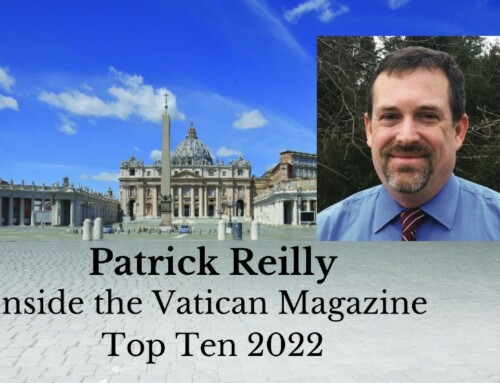