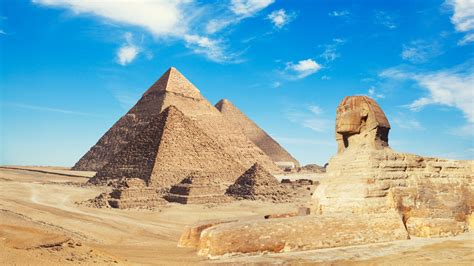 The great pyramids of Egypt, and the Sphinx. The Persian wise man, Artaban, hero of the book The Other Wise Man, written in 1895 by Henry van Dyke, tells how Artaban, who had planned to set out with the other three wise men — Caspar, Melchior and Balthasar (link and link) — to find the Christ Child, was delayed along the way. He comes to Jerusalem after Joseph, Mary and Jesus had fled to Egypt, and sets out after the slaughter of the innocents to find them in Egypt…

Here below is the text of Part #8 of this story, so you may listen to the reading and read along with the text…

We have now posted the 8th in a 10-part series of a reading of the classic Christmas story “The Other Wise Man.” It is available here on YouTube (or by clicking the video below) or on Rumble.

Here is the text of Part #8 of the story of “The Other Wise Man,” by Henry van Dyke:

Part #8: The Other Wise Man

In the Hidden Way of Sorrow

THEN again there was a silence in the Hall of Dreams, deeper and more mysterious than the first interval, and I understood that the years of Artaban were flowing very swiftly under the stillness of that clinging fog, and I caught only a glimpse, here and there, of the river of his life shining through the shadows that concealed its course.

I saw him moving among the throngs of men in populous Egypt, seeking everywhere for traces of the household that had come down from Bethlehem, and finding them under the spreading sycamore-trees of Heliopolis, and beneath the walls of the Roman fortress of New Babylon beside the Nile—traces so faint and dim that they vanished before him continually, as footprints on the hard river-sand glisten for a moment with moisture and then disappear.

I saw him again at the foot of the pyramids, which lifted their sharp points into the intense saffron glow of the sunset sky, changeless monuments of the perishable glory and the imperishable hope of man.

He looked up into the vast countenance of the crouching Sphinx and vainly tried to read the meaning of the calm eyes and smiling mouth.

Was it, indeed, the mockery of all effort and all aspiration, as Tigranes had said—the cruel jest of a riddle that has no answer, a search that never can succeed?

Or was there a touch of pity and encouragement in that inscrutable smile—a promise that even the defeated should attain a victory, and the disappointed should discover a prize, and the ignorant should be made wise, and the blind should see, and the wandering should come into the haven at last?

I saw him again in an obscure house of Alexandria, taking counsel with a Hebrew rabbi.

The venerable man, bending over the rolls of parchment on which the prophecies of Israel were written, read aloud the pathetic words which foretold the sufferings of the promised Messiah—the despised and rejected of men, the man of sorrows and the acquaintance of grief.

“And remember, my son,” said he, fixing his deep-set eyes upon the face of Artaban, “the King whom you are seeking is not to be found in a palace, nor among the rich and powerful. If the light of the world and the glory of Israel had been appointed to come with the greatness of earthly splendor, it must have appeared long ago. For no son of Abraham will ever again rival the power which Joseph had in the palaces of Egypt, or the magnificence of Solomon throned between the lions in Jerusalem. But the light for which the world is waiting is a new light, the glory that shall rise out of patient and triumphant suffering. And the kingdom which is to be established forever is a new kingdom, the royalty of perfect and unconquerable love.

“I do not know how this shall come to pass, nor how the turbulent kings and peoples of earth shall be brought to acknowledge the Messiah and pay homage to Him. But this I know. Those who seek Him will do well to look among the poor and the lowly, the sorrowful and the oppressed.”