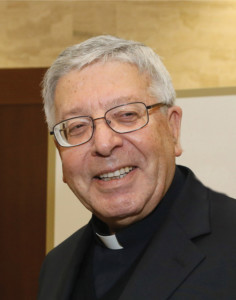 Father Giuseppe Costa, the Salesian priest who has rejuvenated the Vatican Press.

In the year since the election of Pope Francis, his words and actions have attracted global attention. And there has been a flood of best-selling books…

Pope Francis’ words are grabbing the attention of American publishing houses as well of the US bishops’ conference communications office, according to the Vatican Publishing House.

“I would say that Pope Francis grabs a lot of interest in the world of publishers,” Fr. Giuseppe Cos­ta, director of Libreria Editrice Vaticana – the Vatican publishing house – told Catholic News Agency on March 4.

The Libreria Editrice Vaticana is the Holy See’s publisher, responsible for publishing the documents of the Roman Pontiff and the Holy See.

Fr. Costa stressed that he found it “interesting that there is great interest in purchasing the rights to the Pope’s words — even if we are talking about ‘secondhand’ rights and not exclusive rights, since everyone can find the Pope’s speeches on the Vatican website.”

Fr. Costa traveled to the US in February for the Mid-Atlantic Congress of Catholic Leaders, held in Baltimore February 27-March 1.

He recounted that “the meetings discussed the problematic issues of the Church today, and the need for an interior renewal of the Church.”

Many Catholic publishers took part in the meeting, and the Libreria Editrice Vaticana met with “about 20 publishers who showed great interest in Pope Francis.” Fr. Costa signed agreements for the publication of books collecting the speeches of the Pope’s Magisterium, which have already been published in Italian.

“The most requested book” by publishers, he said, “is the collection of Pope Francis’ daily homilies in Domus Sanctae Marthae, which Libreria Editrice Vaticana published in Italian, collecting the texts of the syntheses reported by L’Osservatore Romano.”

In any case, Fr. Costa added, “every Catholic publisher has published some books of Pope Francis’ Magisterium, or his biography.”

The publishers can use “the Pope’s official texts on the Vatican website,” he said. “The typical edition for the diverse languages is given by the text published on the Internet.”

According to Fr. Costa, each publication of Pope Francis’ work sells “approximately from 500,000 to 2 million copies around the world,” considering all the editions in the diverse languages — some 11 or 12 translations.

There are no data yet about the number of copies sold of the apostolic exhortation Evangelii Gaudium, though the encyclical Lumen Fidei sold approximately 2 million copies around the world.

During his time in Baltimore, Fr. Costa also met the representatives of the US bishops’ conference communications department, which “is going to work on several publications in view of the World Day for Families in Philadelphia, scheduled for September of 2015.”

He added that “Pope Francis may go to Philadelphia to take part in the World Day of Families.”

The rights to the words of the Popes are the property of Libreria Editrice Vaticana, which was founded in 1926.

With the accession of Blessed John Paul II in 1978, the role of the publishing house expanded, from being limited to texts of the Holy See and the Magisterium, to all of the works of the newly-elected Bishop of Rome. 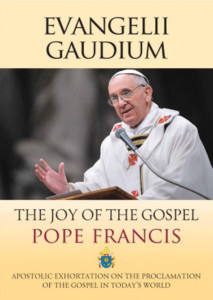 And little more than a month after the election of Benedict XVI, the Vatican Secretary of State issued a decree noting that Libreria Editrice Vaticana “has been entrusted with the exercise and custody, permanently and throughout the world, of every moral copyright and of all the exclusive financial rights — without any exception — over all the deeds and documents through which the Supreme Pontiff exercises his own Magisterium.”

“To discharge this office, the Vatican Publishing House… acts in the name and interests of the Holy See, with the authority to undertake any act for the disposition of the said rights, to initiate legal and judicial proceedings, to propose any action in order to ensure the full protection and realization of these rights and to resist any claim or request from third parties, in conformity with the norms of the international treaties and conventions to which the Holy See adheres.”

The Holy See will be a “guest of honor” at the 27th Turin International Book Fair from May 8 to 12. The event will be introduced by Cardinal Gianfranco Ravasi. 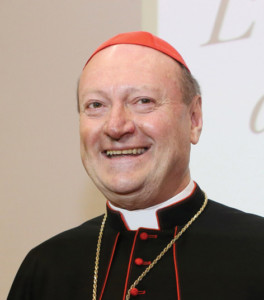 “All the books in the world are not enough to satiate my vast appetite: I have consumed so much and yet I am dying of hunger.” It was with these opening lines quoted from a poem by Italian philosopher, Tommaso Campanella, that Cardinal Gianfranco Ravasi announced the Holy See’s participation as guest of honor at the 27th international book fair in Turin between May 8 and 12 this year. “This could be my life’s motto and I hope that of many others,” the cardinal and former Prefect of the Ambrosian Library in Milan (before taking up his current role as President of the Vatican’s Pontifical Council for Culture), said. “I have always been surrounded by books and this event is very special for me. People often comment on how little people nowadays read and that books are doomed. It is certainly true that in Italy in particular, reading is a rare thing. But events such as the Turin book fair prove pessimists wrong,” Ravasi said.

The Holy See will have a booth in the form of a dome made out of books, designed by architect Roberto Pulitani of the Vatican Governorate. Original manuscripts such as Dante’s Inferno with illustrations by Sandro Botticelli and Homer’s Iliad in Greek with a Latin translation will form the base of the structure which copies Donato Bramante’s 16th century plan for St. Peter’s Basilica. The stand will exhibit documents from Vatican institutions such as the Vatican publishing house, the Vatican Museums, the Vatican Apostolic Library, the Vatican Secret Archives, and academies and pontifical commissions. Istituto Luce-Cinecittà will be setting up a video-installation showing historic footage from the days when there was no Via della Conciliazione (which connects St. Peter’s Square to Castel Sant’Angelo on the western bank of the Tiber River) but a maze of little streets instead.

Although important Church representatives have attended the event in the past (Cardinals Tauran, Ruini, Bagnasco, Scola, Ravasi and Roger Etchegaray, who was engaged in dialogue with Mikhail Gorbachev), this will be the first time the Holy See has a booth at the Turin International Book Fair. As of 2001, the event’s organizers started inviting a different guest of honor each year. Contact with the Vatican began back in 2012, through the former Secretary of State Cardinal Tarcisio Bertone, the President of the Governorate Giuseppe Bertello, and the Archbishop Emeritus of Turin, Severino Poletto.

Rolando Picchioni, President of the Foundation for Books, said that “the hope is that the 2014 book fair will turn the spotlight on the big celebrations surrounding two very important events for the faith: the Exhibition of the Holy Shroud and the bicentennial of St. John Bosco’s birth. Naturally, our dream is that the Holy Father will visit the fair in the future and we send him our dearest and most devout thoughts and thanks,” he said.—Iacopo Scaramuzzi