The Vatican grilled in Geneva

The Vatican grilled in Geneva

A UN committee heard hours of testimony from Vatican representatives on January 16 on how the Church has implemented policies to confront and limit the sexual abuse of children. But on January 31, the UN issued a searing indictment of the Vatican — probably written before the hearings were held. Here, an analysis if the tense situation by UN expert Austin Ruse… 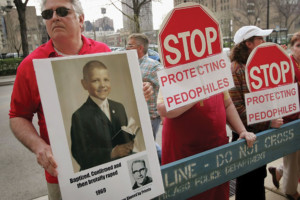 A demonstration against the Church’s alleged protection of pedophiles in the United States.

The January 31 UN report issued to the Vatican that so shocked much of the Catholic world certainly did not shock the Vatican. After all, as an Observer State to the United Nations, the Holy See has been present to observe, if not itself subject to, such reports for a few decades. The Holy See has watched as government after government after government has been abused by these types of reports from these types of committees.

The UN speaks to the world through documents, usually through non-binding resolutions issued by the General Assembly. Occasionally, the UN will initiate a hard-law treaty, the kind that binds governments that accede to them. There are a number of them, one for women’s rights, another against torture, another against genocide, yet another for person’s with disabilities, eight major human rights treaties in all, including the one under consideration today, the Convention on the Rights of the Child.

Most of these treaties establish a committee before which States Parties to the treaty must appear every few years to report on how they are implementing the treaty. These “treaty monitoring committees” are composed of “experts” who are nominated by their own countries and then elected by the States Parties to the treaty. While they are nominated and elected thusly, when they serve they represent only themselves and not their home governments and not the governments who are parties to the treaties. You could say they represent the treaty itself, or at least their vision of the treaty, and that is where the trouble starts. There are no checks upon them except the prospect of not being elected next time around, something that only rarely happens. The problems inherent in this kind of independence become evident. 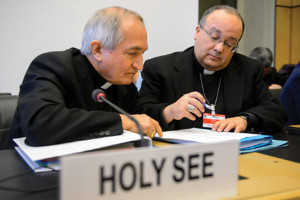 The Chairperson of the committee evaluating the Holy See’s adherence to the child rights treaty.

The two representatives of the Holy See to the UN:
the Holy See’s ambassador to the UN Archbishop Silvano Tomasi and Bishop Charles Scicluna of Malta in Geneva on January 16.

The Holy See signed the treaty in 1990, a few years before sexual radicalism first bared its ugly teeth at the 1994 Cairo conference and beyond. So, perhaps there was a kind of naïveté and even hope. It was a time before the radicalism of the treaty monitoring bodies was set in stone. But such radicalism is now thoroughly set in stone, which is why the Holy See was not surprised by the committee response that exploded on the world a few weeks ago.

The Holy See received a stack of questions from the committee as far back as last summer and began preparing responses.

There was a feeling among those considering the questions that the answers likely would not matter in the final report of the committee. After all, no one is particularly shocked that a train leaving for Milan eventually arrives in Milan and using the exact same tracks its used a hundred thousand times before. 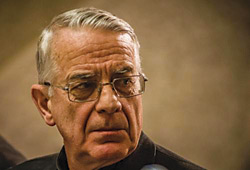 Most of the news surrounding the report dealt with the charges of sexual abuse at the hands of Church authorities.

And this is proper matter for the committee as this is an actual part of the treaty.

The committee is supposed to look at how states parties are protecting children from abuse.

The problem with the report to the Holy See, however, is they insisted on answers to abuse that happened in other countries, issues that are beyond the competence of the Holy See since the Holy See’s ratification of these treaties are for purposes of the Vatican City State alone.

Holy See representatives made this clear in reservations to the treaty itself and in all subsequent interactions with the committee.

But the Committee has no sense of boundaries, no guardrails. They have taken it upon themselves not just to report on implementation but to write whole new obligations under the treaty. For instance, the treaty is silent on abortion, silent on contraception, silent on homosexuality, silent on fornication. Yet, the committee chose to criticize the Holy See on each of these matters and in varying degrees to change Church teaching.

The Committee is limited to what it can direct the Vatican City State to do and is limited to what the Treaty actually deals with yet tells the Universal Church she must change her taboo on adolescent sexuality and allow for fornication. The committee tells the Universal Church to change Her definition of the family and to accept a diversity of family structures, meaning the acceptance of homosexuality. The Committee tells the Church she must change her teaching on contraception, too. The committee also tells the Church to change her teaching on abortion.

Vatican spokesman Federico Lombardi raised the prospect that the report was, if not written, then deeply influenced by outside groups and that the committee did not even consider the answers provided by the Holy See.

Some UN watchers assume the final report was written by higher ups in the UN Office of High Commissioner of Human Rights and was likely largely written before the Holy See even met with the Committee in January.

One of the oddest parts of the report is the directive to ensure all children be able to know their parents.

This is in response to so-called baby-boxes where unwanted babies are left for others to care for.

The Committee is not on record anywhere condemning in vitro fertilization or surrogate pregnancies, both of which of guarantees that a child can never know his own parents.