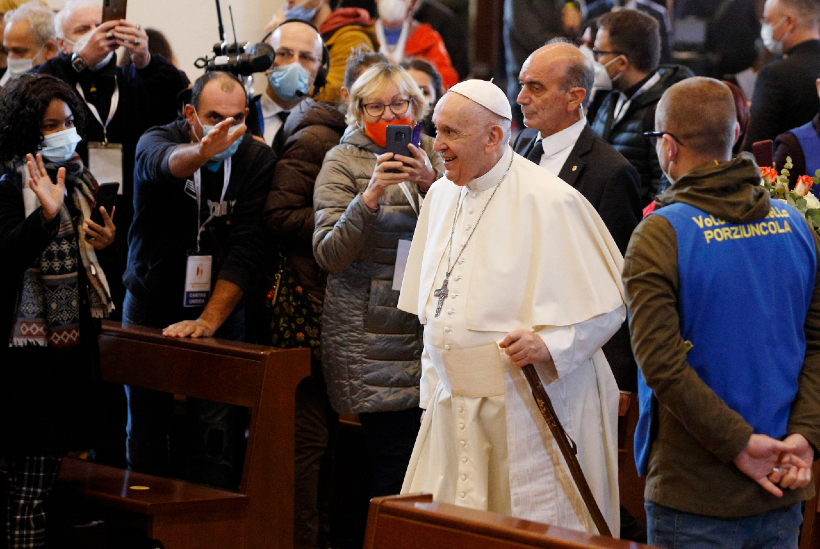 At the Angelus prayer on Sunday Pope Francis calls on the faithful to follow the example of attentiveness and compassion of the Good Samaritan and, therefore, to be “disciples of the Way” pointed by Jesus.

Ahead of the traditional mid-day prayer of the Angelus on Sunday, Pope Francis reflected on the Gospel of the day on the Parable of the Good Samaritan which, he said, teaches us to be aware of others and to have compassion.

Disciples of the Way

He noted that in his account of the parable (Lk 10: 25-37), St Luke “is keen to point out that [the Good Samaritan] was traveling”. However, he said, “the Samaritan, despite having his plans and being directed to a distant destination, does not seek excuses and allows himself to be questioned by what happens along the way”.

This, Pope Francis pointed out, is exactly what the Lord teaches Christians to do as his disciples: “to look far ahead, to the final goal, while paying close attention to the steps to be taken, here and now, to get there”.

Like the Samaritan, the Pope continued, the disciple of Christ walks following Jesus, and thus becomes a “disciple of the Way”. He goes after the Lord, “who is not sedentary”, but “always on the road” to meet people, heal the sick, and visit villages and cities.

The Gospel teaches us to have compassion

By walking in the footsteps of Christ, Christians become “travelers ” and learn to “understand reality correctly, overcoming preconceptions”, to have compassion and intervene, and not “to pass by” as the priest and the Levite did.

“The Gospel educates us to see: it guides each of us to understand reality correctly, overcoming preconceptions and dogmatisms day after day. And then following Jesus teaches us to have compassion: to be aware of others, especially those who suffer, those who need it most. And to intervene like the Samaritan.”

Bringing his reflection to a close, Pope Francis called upon the faithful to ask God to be freed from “selfish indifference” and to be put on His Way, noting that recognizing our own faults is not sufficient.

“Let us ask the Lord to see and have compassion towards those we meet along the way, especially those who suffer and are in need, to draw near and do what we can to lend a hand.”

“May the Virgin Mary accompany us on this journey of growth. May she, who ‘shows us the Way’, that is Jesus, also help us to become more and more ‘disciples of the Way'”, the Pope concluded.