Pope: good citizens must contribute to society and bear witness to the Gospel

Pope: good citizens must contribute to society and bear witness to the Gospel 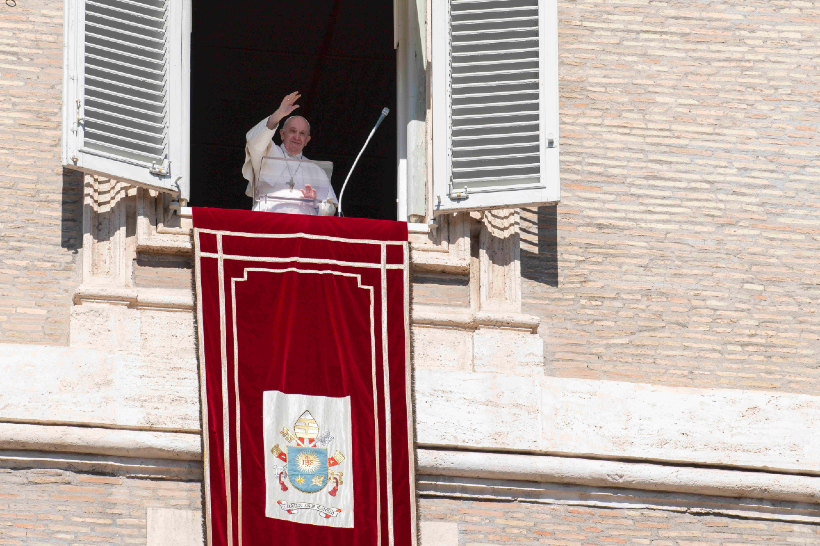 Pope Francis tells Christians they have the duty and the responsibility to be a living presence in society, inspiring it with the Gospel.

Pope Francis called on Christians to dedicate themselves generously to the promotion and defense of human dignity in today’s world, bearing witness to God and the meaning of life.

Addressing the pilgrims gathered in St. Peter’s Square for the Sunday Angelus, the Pope reflected on the Gospel reading of the day (Mt 22: 15-21) in which Jesus spells out the criteria for the distinction between the political sphere and the religious sphere, and gives clear guidelines for the mission of all believers of all times.

The reading, the Pope said, “shows us Jesus struggling with the hypocrisy of His adversaries.” First, they pay Him compliments but then insidiously try to put Him in trouble and discredit Him before the people by asking whether it is lawful to pay taxes to Caesar, or not.”

It was a time, in Palestine, he added, when the domination of the Roman Empire was poorly tolerated, also for religious reasons, and for the people, the image of the emperor on coins symbolized an insult to the God of Israel.

Separation between political and religious spheres

Jesus, the Pope explained, knew his interlocutors wanted to trick him into falling into a pitfall by answering either a “yes” or a “no”. Jesus did not fall, but his answer was clear: “Render to Caesar the things that are Caesar’s, and to God the things that are God’s”.

With this reply, he explained, “Jesus places Himself above the controversy,” acknowledging that the tribute to Caesar must be paid, but recalling that “each person carries within him another image, that of God, and therefore it is to Him, and to Him alone, that each person owes his or her existence.”

“In this sentence of Jesus we find not only the criterion for the distinction between the political sphere and the religious sphere; clear guidelines emerge for the mission of all believers of all times, even for us today,” he said.

It is a duty of all citizens, the Pope continued, to pay taxes and comply with the laws of the state. “At the same time, it is necessary to affirm God’s primacy in human life and in history, respecting God’s right over all that belongs to Him.”

The mission of the Church and of Christians

Pope Francis went on to explain that it is the mission of the Church and of Christians to speak of God and bear witness to Him to the men and women of our time.

By virtue of Baptism, he said, we are all called “to be a living presence in society, inspiring it with the Gospel and with the lifeblood of the Holy Spirit.”

Thus, the Pope urged believers to commit themselves with humility and with courage, and make “one’s own contribution to building the civilization of love, where justice and fraternity reign.”

Believers must be honest and constructive citizens

Pope Francis concluded invoking Our Lady to “help us all to flee from all hypocrisy and to be honest and constructive citizens. And may she sustain us, disciples of Christ, in the mission to bear witness that God is the center and the meaning of life.