Pope at Angelus: allow yourselves to be moved and amazed

Pope at Angelus: allow yourselves to be moved and amazed 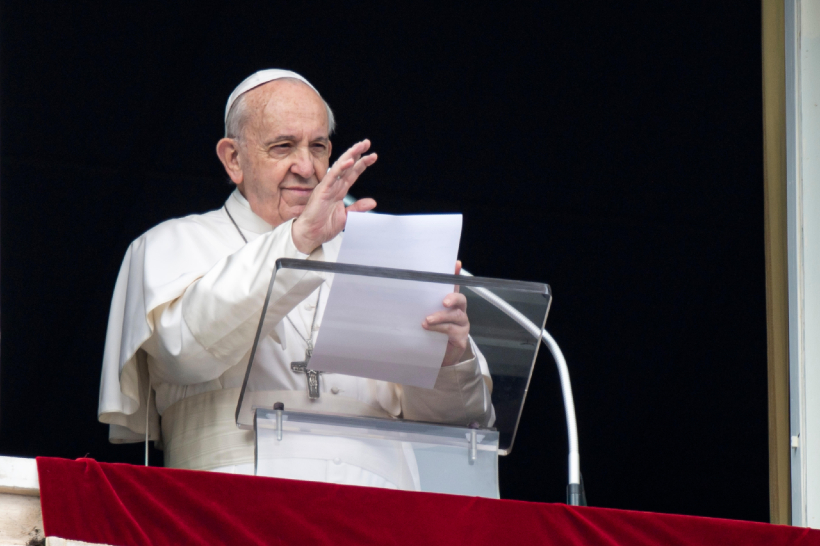 Pope Francis looks to the example of Mary and Joseph, and Simeon and Anna, to mark the 24th World Day for Consecrated Life, celebrated on Sunday, the Liturgical Feast of the Presentation of the Lord.

Pope Francis began his Sunday Angelus by telling the faithful gathered in St Peter’s Square that the World Day for Consecrated Life reminds us of the “great treasure” in the Church of all those who “follow the Lord closely, professing the evangelical counsels”.

The Pope referred to Luke 2:22-40, which tells of Jesus’ consecration to God, 40 days after his birth. Other than describing a ritual foreseen by tradition, said the Pope, this episode brings to our attention a few people who are “caught in a moment in which they experience a meeting with the Lord in the place in which He makes Himself present and close to humanity”.

These people, explained the Pope, are Mary and Joseph, Simeon and Anna, who represent “models of availability and of the offering of their very lives to God”. Luke the evangelist describes them all through two attitudes: movement and amazement.

“Mary and Joseph journey toward Jerusalem; on his part, Simeon came to the temple, moved by the Spirit, while Anna serves God day and night without ceasing.”

Pope Francis explained that in this way, the four protagonists show us that Christian life requires “dynamism and the willingness to journey”, always “allowing the Holy Spirit to be the guide”.

The world, continued the Pope, needs Christians who allow themselves to be moved, and who do not cease to journey so as to bring Jesus’ word to all. “Every baptized person has received the vocation to evangelize, to the evangelizing mission”, he said.

“Mary and Joseph “were amazed at what was said about him [of Jesus]” (v. 33). Amazement is also the elderly Simeon’s explicit reaction who, in the Baby Jesus, sees with his own eyes the salvation wrought by God on behalf of His people. The same goes for Anna who “also gave praise to God” (v. 38).”

The Pope explained that the figures of these believers are wrapped in amazement “because they have allowed themselves to be captured and become involved in the events that are happening before their very eyes”.

Finally, Pope Francis explained that the ability to be amazed, “fosters the religious experience and makes an encounter with the Lord fruitful”. On the other hand, he said, the inability to be amazed does not only lead to indifference, but to an increased distance “between the journey of faith and daily life”.