Pope at Angelus: ‘Jesus teaches us to be meek, simple, respectful’

Pope at Angelus: ‘Jesus teaches us to be meek, simple, respectful’ 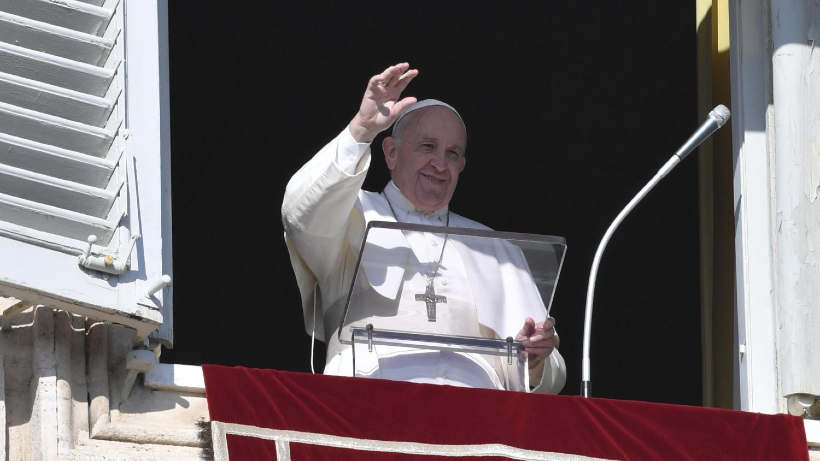 Pope Francis explains that Jesus shows us how to fulfill the Father’s plan with filial obedience, meekness, simplicity and respect as we go about our mission to witness and proclaim the Father’s boundless love for all of His children.

Recalling the joy of having just baptized several babies in the Vatican, Pope Francis addressed the pilgrims gathered in St. Peter’s Square for the Angelus prayer and spoke about how Christians today must adopt Jesus’ meek and simple attitude.

Each year, the Pope celebrates the Feast of the Baptism of the Lord baptizing the babies of Vatican personnel in the Sistine Chapel.

He asked those present for prayers for the little ones and for their families, and he reflected on the liturgy of the day, which recounts the Baptism of Jesus according to the Gospel of Matthew.

The Evangelist, the Pope said, describes the dialogue between Jesus – who asks to be baptized – and John the Baptist, who is surprised by this request because he knows that the Messiah did not need purification; and in fact, it is he who needed to be baptized by the Lord.

Bridging the distance between humanity and God

But God, Pope Francis said, is the Holy One: “His ways are not ours, and Jesus is God’s Way, a way that is unpredictable.”

Explaining that the Son of God came to bridge the distance between humanity and God, he said that “If Jesus is completely on God’s side, He is also completely on humanity’s side.”

That’s why, he continued, Jesus replies to John “Allow it now, for thus it is fitting for us to fulfill all righteousness”.

“That is, He fulfills the Father’s plan which comes by way of filial obedience and solidarity with a frail and sinful humanity. It is the path of humility and of the closeness of God to His children,” he said.

The attitude of Christians

The Pope explained that Jesus fulfills His mission in the world with a style that goes against the spirit of the world: “This is the attitude of the meek, and this is what Jesus teaches us with His humility, His meekness: the attitude of simplicity, of respect, of moderation and hiddenness, which is also required of the Lord’s disciples today.”

Unfortunately, he said, many people boast about being the Lord’s disciples; and these are not good disciples of the Lord. Rather, “the good disciple is the humble one, the meek one, the one who does good” without making a show of it. Christians are called, he said, “to go out to meet others always proposing, not imposing, giving testimony, sharing real life with people.”

As soon as Jesus was baptized in the Jordan River, the Pope continued, the heavens were opened and the Holy Spirit descended on Him in the form of a dove, while a voice resounded from on high saying: “This is My beloved Son, with whom I am well pleased”.

The Pope concluded his remarks with a reminder to those present that in the Feast of the Baptism of the Lord, we rediscover our own Baptism.

For those who don’t know when they were baptised, he proposed “a homework assignment”: to find out the date of their baptism. And then, he called on them to celebrate the date of their Baptism every year, reminding everyone that this “is also a duty of justice to the Lord who has been so good to us.”