Pope at Angelus: let us not be distracted, make room for the joy of Jesus

Pope at Angelus: let us not be distracted, make room for the joy of Jesus 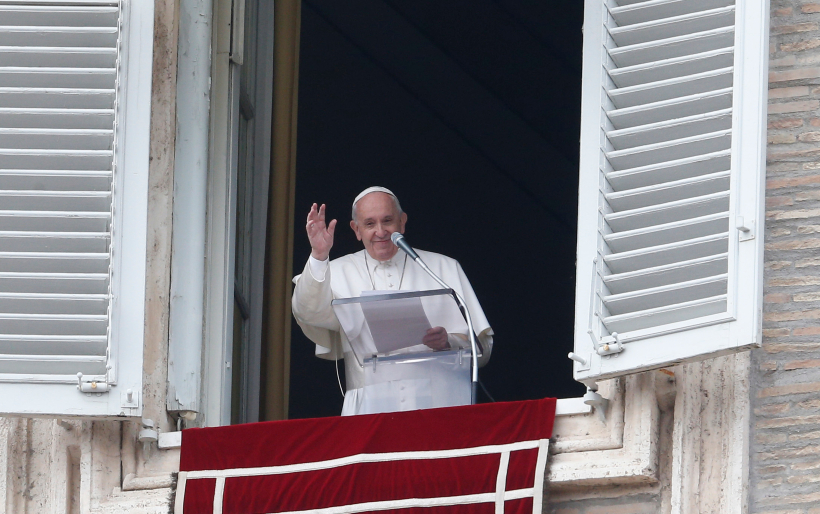 On the third Sunday of Advent, Pope Francis invites the faithful not to be distracted by external things, but to make room for Jesus who wants “to give us his joy”.

Before the recitation of the Marian Prayer, Pope Francis said the liturgy on this third Sunday of Advent invites us to be joyful, but to be aware “that existence also includes moments of doubt”. “Joy and doubt are both experiences that are part of our lives”.

Taking his cue from the readings of the day, the Pope noted that just like the Prophet Isaiah, men and women are called to look beyond doubts and discouragements because God’s salvation “envelops the whole person and regenerates him.”

Pope Francis went on to say that we are called to conversion, which is the basis of the preaching of both St. John the Baptist and Jesus. “Just like John, emphasized the Pontiff, we too are called to recognize the face that God has chosen to assume in Jesus Christ, humble and merciful”.

Advent a time of grace

The season of Advent, said the Pope, “is a time of grace, which tells us that it is not enough to believe in God: it is necessary to purify our faith every day.  He continued, “it is a matter of preparing ourselves to welcome not a fairy-tale character, but the God who challenges us, involves us and before whom a choice is imposed.  Quoting from his recent Apostolic Letter on the Nativity Scene, Pope Francis said, “the Child who lies in the manger has the face of our brothers and sisters most in need, of the poor who ‘are the privileged ones of this mystery and, often, those who are most able to recognize the presence of God in our midst’”.

“As we approach Christmas”, exhorted the Pope, “may the Virgin Mary help us so that, we do not allow ourselves to be distracted by external things, but make room in our hearts for the One who has already come and wants to come again to heal our illnesses and to give us his joy.