Pope at Angelus: ‘never engage in dialogue with the devil’

Pope at Angelus: ‘never engage in dialogue with the devil’ 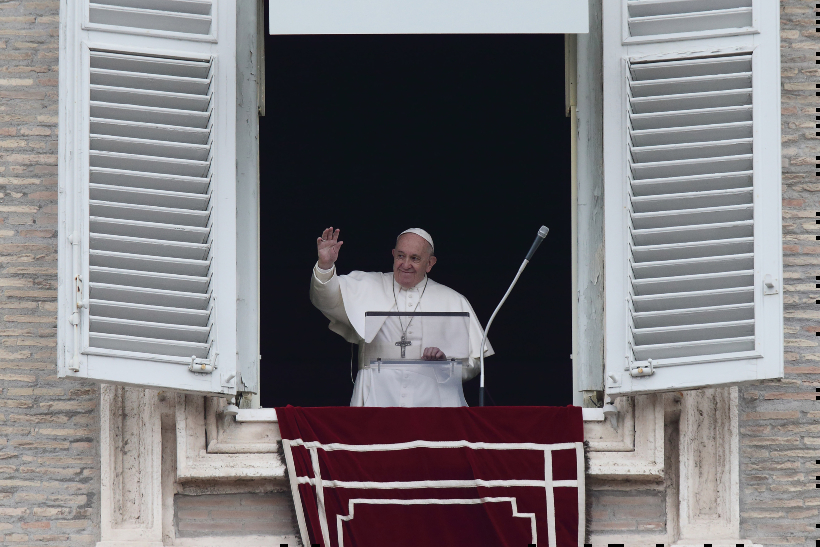 Pope Francis addresses the faithful on this first Sunday of Lent reflecting on how temptation is an attempt to walk alternative paths than those of God.

Pope Francis on Sunday urged Christians to be alert and vigilant when “messages, coming at us from many places” invite us to be tempted and to experience “the intoxication of transgression.”

Speaking to the pilgrims gathered in St. Peter’s Square for the Angelus, the Pope reflected on the Gospel for the first Sunday of Lent that tells of how Jesus, after having been baptized in the River Jordan, was led by the Spirit into the desert to be tempted by the devil.

He recalled that Jesus prepared himself for his mission of proclaiming the Kingdom of Heaven by fasting for forty days.

“At the end of this period of fasting, the tempter, the devil, breaks in and tries three times to put Jesus to the test,” he said.

The first temptation, the Pope explained, arises from the fact that Jesus is hungry, and so, the devil suggests: “If you are the Son of God, command that these stones become loaves of bread.”

But, he continued, Jesus’s response is clear: “One does not live on bread alone, but on every word that comes forth from the mouth of God.”

The devil’s second attempt, the Pope said, “is a bit more astute”: by quoting the Sacred Scripture, he invites Jesus to put God to the test.

“But even in this case,” the Holy Father explained, “Jesus does not allow himself to be confounded, because the one who believes does not put God to the test, but instead entrusts him or herself to God’s goodness.”

Lastly, the third attempt, he said, reveals the devil’s true reasoning: “since the coming of the Kingdom of Heaven means the beginning of his own defeat, the evil one wants to distract Jesus from accomplishing His mission by presenting him a political Messianic perspective.”

But, the Pope said, Jesus rejects the idolatry of power and human glory and, in the end, drives the tempter away, saying to him: “Begone, Satan! It is written: ‘The Lord, your God, shall you worship and him alone shall you serve’”.

Never engage in dialogue with the Devil

The Pope reflected at length on how Jesus does not enter into dialogue with the devil.

Jesus, he said, responds to the devil with the Word of God, not with his word, and he urged the faithful to always be alert and careful and to do the same.

Today as well, Pope Francis said, Satan breaks into people’s lives to tempt them with his enticing proposals.

The devil, he said, “mixes his own voice with the many other voices that try to tame our conscience,” and he warned believers to be aware that “messages come at us from many places enticing us to “experience the intoxication of transgression.”

“Jesus’ experience teaches us that temptation is an attempt to walk alternative paths than those of God,” he said.

He described them as paths that perhaps give us “the sensation of being self-sufficient, of enjoying life as an end in itself.”

However, all of this is illusory, he said, and “very quickly, we realize that the more we distance ourselves from God, the more defenseless and helpless we feel when facing the large existential problems.”

The Pope concluded his catechesis appealing for the intercession of the mother of He “who crushed the head of the serpent,” to help us, during this time of Lent, “to be vigilant when confronted with temptation, and not to submit ourselves to any idol whatsoever of this world, and to follow Jesus in the battle against evil.”

“Thus, he said, we too will be victorious with Him.”