Pope at Angelus: ‘Overcome prejudice and get involved in the lives of others’

Pope at Angelus: ‘Overcome prejudice and get involved in the lives of others’ 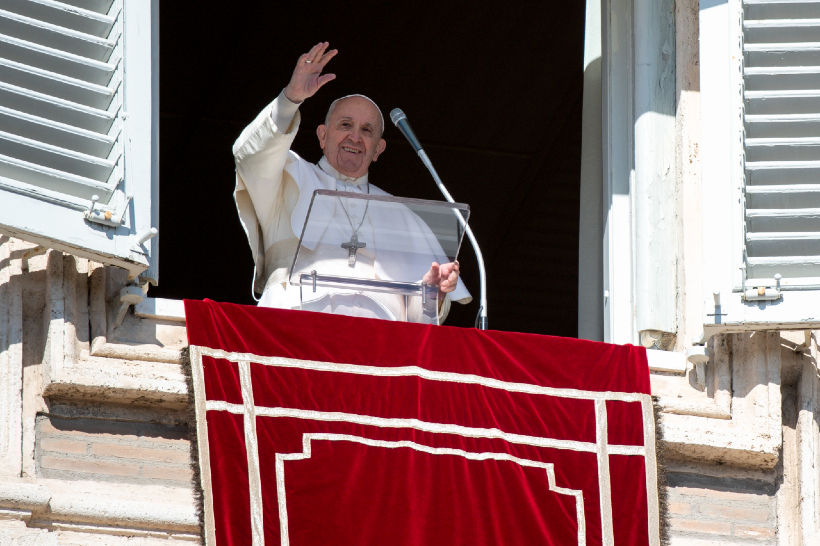 Pope Francis invites the faithful to overcome prejudices and the fear of getting involved in the lives of others, and follow the example of Jesus who shares our wounds and heals our lives.

Reflecting on the Gospel reading of the day (Mk 1:40-45), Pope Francis spoke of how the Lord drew near to us, broke down every barrier, and touched our lives to heal them.

Speaking during the Sunday Angelus in St Peter’s Square, the Pope recalled the day’s Gospel reading, which tells of the encounter between Jesus and the sick man who had leprosy.

He noted that lepers were considered impure and, according to the prescriptions of the Law, were marginalized and excluded from every human, social and religious relationship.

But Jesus, the Pope said, allowed the man to draw near to Him, even to the point of extending His hand and touching him.

“This is how He fulfills the Good News He proclaims: God drew near to our lives, He is moved to compassion because of the fate of wounded humanity and comes to break down every barrier that prevents us from being in relationship with Him, with others and with ourselves,” the Pope said.

Pope Francis explained that in this episode, the apostle highlights two “transgressions”:

“The first transgression is that of the leper,” he said, whom “despite the prescriptions of the Law, comes out of his isolation and goes to Jesus.”

He explained that the man’s illness was considered a divine punishment, but, “in Jesus, he is able to see another aspect of God: not the God who punishes, but the Father of compassion and love who frees us from sin and never excludes us from His mercy.”

The sick man, the Pope continued, is thus able to emerge from his isolation because in Jesus he finds God who shares his pain.

“The second transgression is that of Jesus: even though the Law prohibited touching lepers, He is moved, extends His hand and touches him to cure him. He does not limit himself to words, but touches him,” he explained.

To touch with love, Pope Francis continued, means “to establish a relationship, to enter into communion, to become involved in the life of another person even to the point of sharing their wounds.”

With that gesture, he said, Jesus reveals that God is not indifferent, does not keep Himself at a “safe distance”: “He draws near out of compassion and touches our life to heal it with tenderness.”

This, the Pope said, “is God’s ‘style’: closeness, compassion, and tenderness: the ‘transgression’ of God. In this sense, He is a great transgressor.”

Do not fear “contamination”

Decrying the fact that in the world today, so many of our brothers and sisters suffer marginalization and exclusion because of social stigmas, the Pope invited the faithful to break these barriers and get involved with their lives.

He said Jesus tells us that God “is not an idea or an abstract doctrine but the One who contaminates Himself with our human woundedness and is not afraid to come into contact with our wounds.” The Pope urged Christians to go beyond selfishness, calculations or fears that prevent them from getting involved with the sufferings of others.

Instead, he said, let us ask the Lord for the grace to find the courage to emerge from our isolation and self-commiseration, and open our hearts to “a love that goes beyond conventions, that overcomes prejudices and the fear of getting involved with the lives of others.”