Pope at Angelus: Recognize The Qualities of Others Without Envy

Pope at Angelus: Recognize The Qualities of Others Without Envy 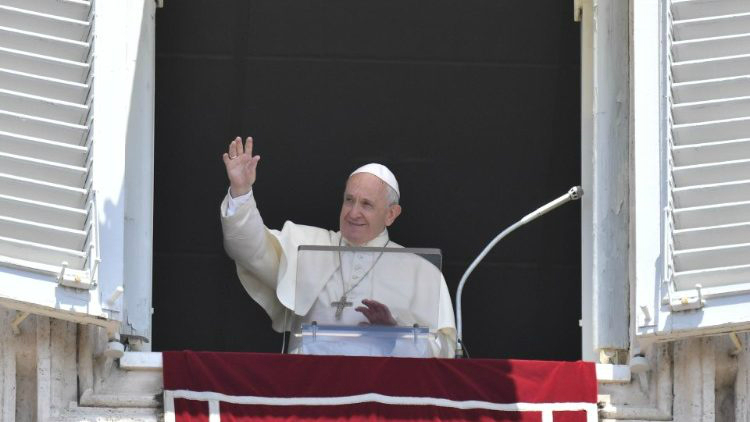 Pope Francis invites the faithful, on this feast of Sts Peter and Paul, “to appreciate the qualities of others, to recognize their gifts without maliciousness and envy.”

During the Angelus, following Mass in St Peter’s Basilica, Pope Francis once again reflected on Saints Peter and Paul, on this, their feast day.

He noted that they are “sometimes depicted in icons in the act of holding up the Church.” This is a reminder to us, he said, “of the words of today’s Gospel in which Jesus says to Peter: “You are Peter and on this rock I will build my Church”.

Inviting the faithful to think about the My, in my Church, he explained that, “Jesus is not speaking about the Church as if it is an external reality, but is expressing the great love that he has for her: My Church.”

“We too”, said the Pope “can repeat this: my Church. We do not say it with a sense of exclusive belonging, but with an inclusive love”, and with a fraternal love.

In another icon, commented the Pope, “Sts Peter and Paul are depicted while exchanging an embrace. They were different characters, he said, but what united them was that, “Jesus was the Lord for both of them.”

They were “brothers in the faith”, the Pope emphasized” and “they invite us to rediscover the joy of being brothers and sisters in the Church.”

On this feast, Pope Francis said that it would be nice to say, “Thank you, Lord, for that person who is different from me: he, she is a gift for my Church”. He continued, “it would be good to appreciate the qualities of others, to recognize their gifts without maliciousness and envy.” “We belong to each other: it is the splendid mystery of our Church.”

Concluding his address, the Pontiff recalled that “Jesus says to Peter: “Tend my lambs””. He explained that, “he speaks of us and says my sheep, with the same tenderness with which he said my Church. This is the affection that builds the Church. Today, through the intercession of the Apostles, let us ask the grace to love our Church.”

After the recitation of the Marian Prayer, and on this feast of the Patrons of Rome, the Pope urged people living in the city to “behave with a civic sense in the face of society’s problems.”