Pope at Angelus: Share and God will multiply your gifts

Pope at Angelus: Share and God will multiply your gifts 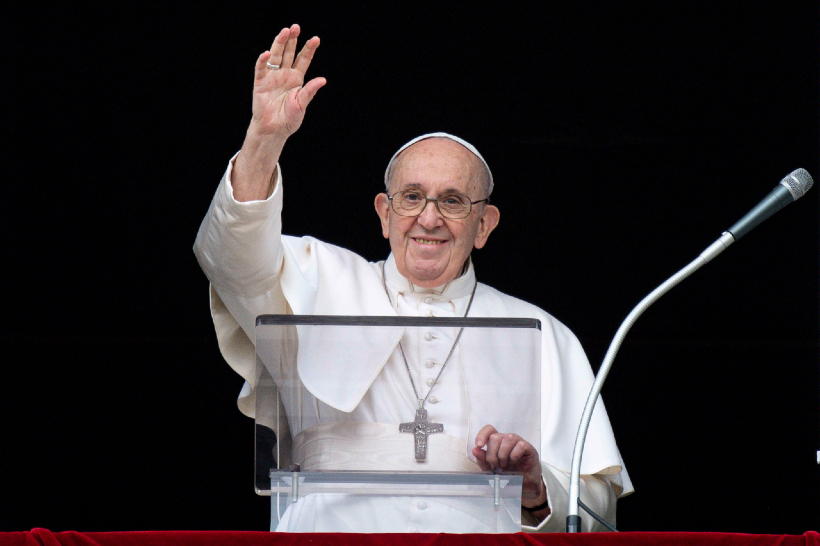 At the Sunday Angelus Pope Francis explains the “logic of smallness and giving” and how the Lord calls each one of us to give generously to help our brothers and sisters. Giving and sharing “increases love and allows God to perform wonders”.

Speaking to pilgrims gathered in Saint Peter’s Square for the Sunday Angelus, Pope Francis reflected on the Gospel for the day on the multiplication of the loaves and fish with which Jesus feeds around five thousand people. The Pope observed that Jesus did not create loaves and fish out of nothing, but relied on what the disciples brought him from the child who gave them what he had, just five barley loaves and two fish.

The Pope observed how the young child gave all that he had and how it seemed so little with respect to the needs of the moment. But thanks to that small, freely-given and even heroic gift, “Jesus is able to feed everyone”. We learn here that “the Lord can do a lot with the little that we put at His disposal”, the Pope said, and we should ask ourselves every day “What do I bring to Jesus today?” Jesus can do a lot with our prayers, gestures of kindness and offering up our suffering, he noted, working miracles with them. “This is how God loves to act: He does great things, starting from those small things, those freely-given ones”

Prayer for World Day for Grandparents and the Elderly

All the Prophets and Mary show the “logic of smallness and giving”, the Pope said, which is different from how we reason where the temptation is to accumulate and increase what we have for ourselves, rather than give away even what little we have. “We like to add, we like addition; Jesus likes subtraction, taking something away to give it to others”, the Pope observed. But it is giving and sharing “that increases love and allows God to perform wonders”, he said, encouraging everyone to try to share more, as Jesus teaches.

Pope Francis called to mind the tragedy of what happens when sharing does not happen, as in the case child hunger causing the death of around seven thousand children under the age of five every day due to malnutrition. He said faced with scandals such as these, the Lord calls on us to “Be brave, give what little you have, your talents, your possessions, make them available to Jesus and to your brothers and sisters…if you share, God will multiply.”

Following the recitation of the Angelus, Pope Francis recalled that the liturgy celebrated earlier in the morning in St. Peter’s Basilica on the occasion of the First World Day for Grandparents and the Elderly. He called on everyone to applaud all grandparents. He said “Grandparents and grandchildren, young and old together show the beautiful face of the Church and the covenant between the generations.” He invited everyone to celebrate this day, even by visiting grandparents and the elderly, those who are alone, and share the message inspired by Jesus’ promise: “I am with you always.”