Pope at Angelus: We are called to strive for sincerity

Pope at Angelus: We are called to strive for sincerity 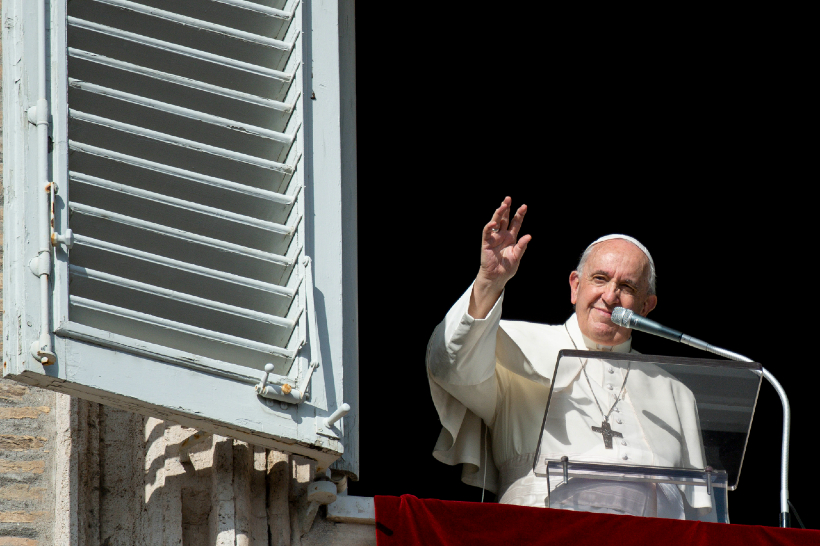 Reflecting on the Sunday Gospel reading at the Angelus, Pope Francis says “we must watch out for” those who live their faith with duplicity, so as not to become like them; whereas we must “watch” the sincerity of the widow, described in today’s reading, whose humble love for God is an example for all.

In his catechesis before leading the recitation of the Angelus, Pope Francis described the two scenes in today’s Gospel: inside the Temple of Jerusalem we see the scribes who revel in being greeted and respected while they “devour widows’ houses and recite long prayers in order to be seen”; then we see the poor widow, one of those exploited by the powers of the time, who drops coins in the Temple treasury,  “everything she had, her whole living.”

This contrast is a reason for us today to be on guard, the Pope said. “We must watch out” for those who live their faith with hypocrisy, like the scribes, in order to not become like them; whereas we must “watch” the widow whose sincerity, humility, and love for God are an example for us to follow.

Beware of hypocrisy, strive for sincerity

Putting this Gospel message into practice in our own lives, the Pope said we too need to watch out for hypocrisy in our lives, and beware of obsessing over our appearance, over externals, and over our own importance.

Hypocrisy can be “a dangerous illness of the soul,” he warned. Worse yet is to manipulate faith so it serves our own interests, the Pope warned, recalling that the scribes, in the name of God, used religion for their own affairs, abusing their authority and exploiting the poor.

“This is a warning for all time and for everyone,” the Pope emphasized, both for the Church and for society, that we must never abuse our position of authority, crushing others to make money off the poor.

He recommended that we need to ask ourselves how much we are focused on ourselves – whether our appearance, or what we say and do – rather than how we can truly be of service to God and neighbor, especially those most in need.

In today’s Gospel, Jesus invites us to watch the poor widow, the Pope noted, and how she gave all she had in her offering to the Temple treasury, but with the certainty that she had her everything in God.

She is an example for everyone because “she trusts in God’s abundance, who multiplies the joy of those who give.” The Pope said this is why Jesus points to her as a teacher of faith, since “she gives from her heart generously and freely,” making the sounds of her few coins “more beautiful than the grandiose offerings of the rich,” since they express a life sincerely dedicated to God with all her heart.

In conclusion, the Pope called on us to learn from the poor widow to develop a faith “without external frills” and marked by interior sincerity and “humble love for God and for our brothers and sisters.”