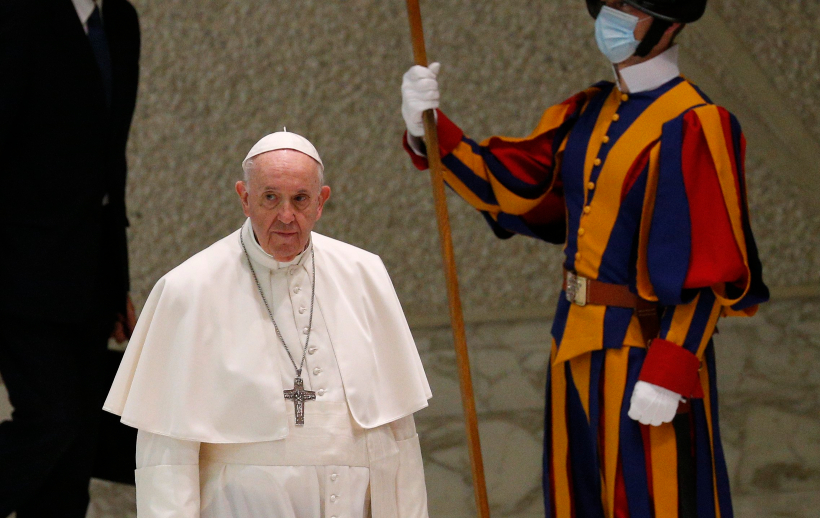 At his weekly General Audience, Pope Francis reflects on last week’s Apostolic Journey to Budapest and Slovakia, calling it a pilgrimage to the roots of prayer and hope.

Pope Francis spoke about the meaning of his Apostolic Visit to Slovakia and Budapest in the catechesis portion of the Wednesday General Audience.

The papal journey, which took place on 12-15 September, was characterized by the word “together”, said the Pope, since it showed that the Church breathes with “two lungs”—the Latin and Greek rites—while walking together with the Jewish community, other Christians, and the faithful of other religions.

Devotion to the Eucharist and Our Lady

The first stage of the journey, which took him to Budapest, Hungary, saw the universal Church gathered around the Lord’s sacrifice.

“The holy people of God, on the Lord’s Day, gathered before the mystery of the Eucharist, by which they are continually generated and regenerated,” he said. “They were embraced by the Cross that stood above the altar, showing the same direction indicated by the Eucharist, namely the path of humble and selfless love, of generous and respectful love towards all, of faith that purifies from worldliness and leads to essentiality.”

Pope Francis added that his pilgrimage of prayer concluded on the Feast of Our Lady of Sorrows, framing the visit with adoration and popular piety.

“Because this is what the People of God are called to, above all: to worship, to pray, to journey, to wander, to do penance, and in this to feel the peace and the joy that the Lord gives us,” he said.

Roots of the faith

Pope Francis went on to say that his pilgrimage was one which took him “to the roots”.

The encounter with the Bishops of Hungary and Slovakia, he said, allowed him to touch the roots of Christian faith and life in the region, which reach back to the 9th century.

“On several occasions I insisted on the fact that these roots are always living, full of the vital lymph that is the Holy Spirit, and that as such must be conserved: not like museum exhibits, not ideologized and exploited out of interests of prestige and power, to consolidate a closed identity.”

Hope in the eyes of young people

The third aspect of his Apostolic Journey, said the Pope, was that it was a pilgrimage of hope.

He expressed his joy at seeing the hope in the eyes of young people in Košice, where many young couples with children joined the Pope for a youth encounter.

“I saw hope in many people who silently care for and are concerned about their neighbour,” said Pope Francis, mentioning especially the Missionary Sisters of Charity who care for homeless people in Bratislava.

Pope Francis concluded his catechetical reflections offering his heartfelt gratitude to the Bishops and civil authorities of Slovakia and Hungary, and to the many faithful who took part in his papal journey.