Pope at Audience: ‘disconnect from TV, smart phones and connect to the Gospel in Lent’

Pope at Audience: ‘disconnect from TV, smart phones and connect to the Gospel in Lent’ 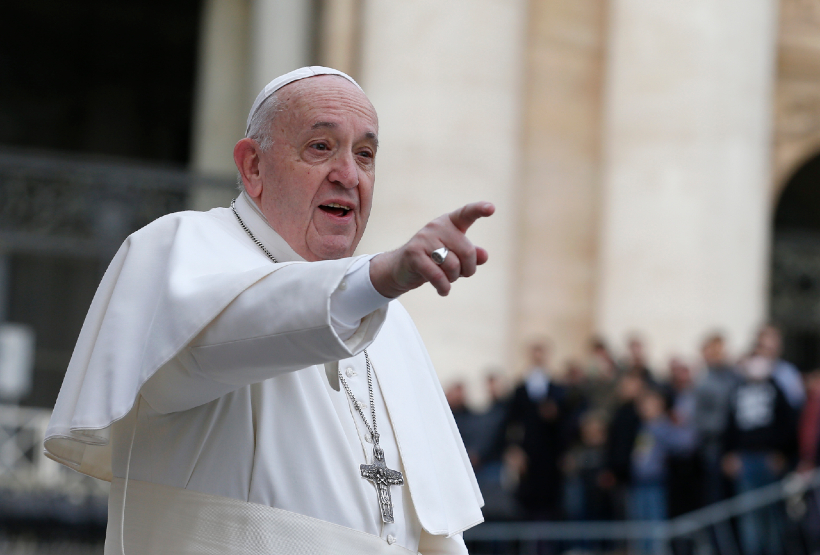 Pope Francis holds the General Audience in St. Peter’s Square on Ash Wednesday, reflecting on how the coming forty days are a good time to make room for the Word of God in our lives.

“Lent,” Pope Francis said to some 12,000 pilgrims gathered in St. Peter’s Square,  “is a time in which to turn off the television and open the Bible.”

During his catechesis for the weekly General Audience the Pope reflected on the 40 days spent by Jesus in the desert as He prepared for His public ministry and said that, in a sense, it is a time for us to imitate Jesus and seek a place of silence, where we are free to hear the Lord’s word and experience His call.

“In the desert, one hears the Word of God,” he said, “one finds intimacy with God and the love of the Lord,” noting that Jesus taught us how to seek the Father, who speaks to us in silence.

The pollution of verbal violence

He remarked on the fact that, for many of us, it is not easy to be in silence as we live in an environment that is “polluted by too much verbal violence,” by so many “offensive and harmful words” which are amplified by the internet.

“Lent is a time to disconnect from cell phones and connect to the Gospel,” he said, recalling that when he was a child there was no television, but his family would make a point of not listening to the radio.

“It is the time to give up useless words, chatter, rumors, gossip, and talk and to speak directly to the Lord,” he said, it is a time in which to dedicate ourselves to an ecology of the heart.

In a world in which we often struggle to distinguish the voice of the Lord, Jesus calls us into the desert and invites us to listen to what matters, Pope Francis explained. And he recalled that when the devil tempted Him, Jesus replied: “One does not live by bread alone, but by every word that comes forth from the mouth of God.”

A place of silence and dialogue with the Lord

Thus the desert, represented by the journey of Lent, he continued, is a place of life, a place in which to dialogue in silence with the Lord who gives us life.

The Pope also reflected on how an important part of our Lenten desert experience is the practice of fasting, which trains us to recognize, in the simplicity of heart, how often our lives are spent in empty and superficial pursuits.

“Fasting is being capable of giving up the superfluous and going to the essential. Fasting is not only losing weight, it is seeking the beauty of a simpler life,” he said.

The Pope also noted that the solitude of the desert increases our sensitivity to those who quietly cry out for help.

“Even today, close to us, there are many deserts, many lonely people: they are the lonely and the abandoned. How many poor and old people live near us in silence, marginalized and discarded, “he said.

A journey of charity

The desert of Lent leads us to them, he continued. It is a journey of charity towards those who are weak and in need.

Pope Francis concluded his catechesis reiterating that the path through the Lenten desert is made up of “prayer, fasting, works of mercy”, so that it may lead us “from death to life”.

“If we enter the desert with Jesus, we will leave it at Easter when the power of God’s love renews life,” he said, and just like those deserts that bloom in spring with buds and plants suddenly sprouting from the sand, if we follow Jesus, our deserts will also bloom.