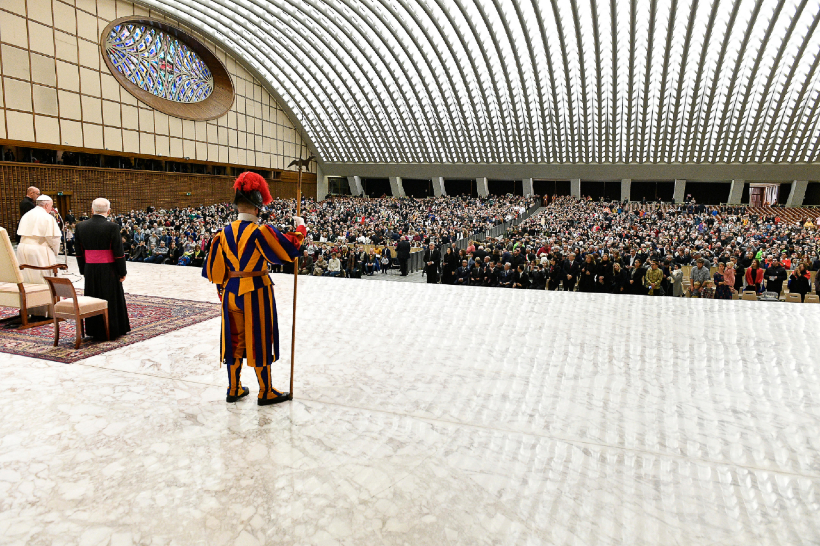 Dedicating his Catechesis to “hospitality” – the theme of this year’s Week of Prayer for Christian Unity – Pope Francis urges the faithful to be like the people of Malta, who welcomed and accepted St Paul and his companions in their moment of difficulty, as they were shipwrecked on the island.

Pope Francis urged men and women of goodwill to promote and practice a culture of welcome, especially towards vulnerable migrants in search of a better life. He decried recent government policies that have seen migrant ships in the Mediterranean being denied access to a safe port.

Speaking during his General Audience on Wednesday, the Pope referred to the passage in the Acts of the Apostles in which St Paul is shipwrecked on the island of Malta. The Pope compared St Paul and his companions to the migrants of today. The hospitality they received from the people of Malta, said the Pope, reflects the love of God.

Today, the sea on which Paul and his companions were shipwrecked is, once again, a dangerous place for the lives of other sailors. All over the world migrant men and women face risky voyages to escape violence, to escape war, to escape poverty.

Pope Francis said that many times, just as Paul and his companions did, those who are traveling experience indifference; the hostility of the desert, the rivers, the seas… “Many times they don’t allow them to dock in ports”.

The theme chosen for this year’s Week of Prayer for Christian Unity is “hospitality”. Being brothers and sisters in Christ means recognizing each other as such, said the Pope. Only in this way, he continued, can hospitality become “an important ecumenical virtue”. God’s love is reflected through considerate gestures. St Paul and his companions were given shelter from the rain, food, and fire to keep warm.

Upon reaching land, said Pope Francis, they experienced something new: this ‘rare humanity’, after the violence of the ocean.

Ecumenical hospitality, continued Pope Francis, requires the desire to know what experience other Christians have of God. As Christians, we must learn “to work together to show migrants” this love of God’s. “We must bear witness to the fact that each and every person is precious to God and loved by Him”.

Finally, Pope Francis urged the faithful gathered to “work together to practice hospitality, especially towards those whose lives are most vulnerable” as this will “will make us better human beings, better disciples, and a more united Christian people”.