Pope at Audience: Live trials by clinging to Christ

Pope at Audience: Live trials by clinging to Christ 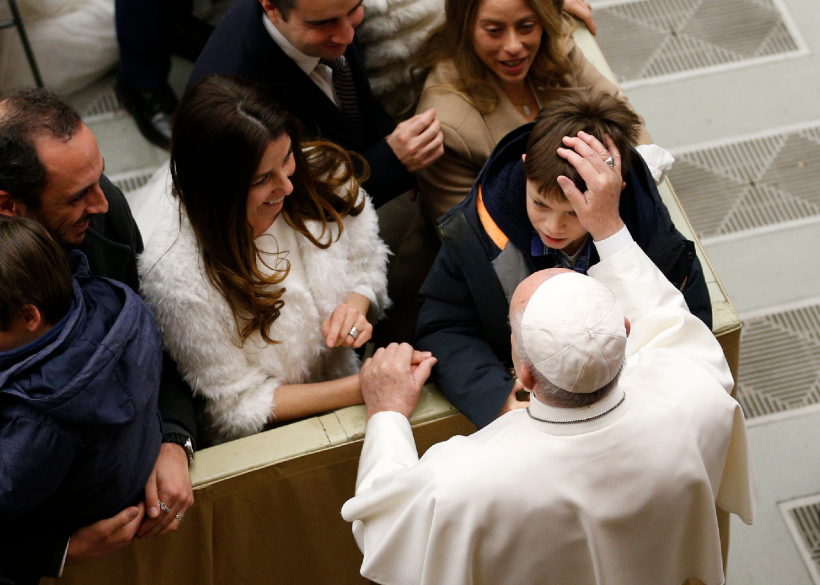 Pope Francis resumes his weekly General Audience on Wednesday following the Christmas break, continuing his catechesis on the Acts of the Apostles.

A New Year but a continuing catechesis on the Acts of the Apostles. Pilgrims and tourists joined Pope Francis in the Paul VI Hall on Wednesday to hear him deliver another installment of this book, which sees St Paul continue his journey not only by land but by sea.

The Pope recalled how Paul, now a prisoner, is taken by ship to Rome into the heart of the Empire, so that the word of the Risen One may be realized: “You will be witnesses to me … to the ends of the earth”.

The Pontiff described how on leaving Crete, the journey becomes dangerous and they are shipwrecked; but St Paul encourages all on board not to be afraid.

Pope Francis noted that on landing on Malta, the travelers experience a warm welcome but, he goes on to say, their time there is not without hazards. Paul himself is bitten by a viper but is unharmed and he goes on to heal many people on the island.

The Pope pointed out that Paul’s sea voyage can serve as a symbol of God’s providential care for us through our passage from death to life in the waters of baptism.

He also emphasized that, “a ‘tried’ Christian can certainly become closer to those who suffer, making his heart open and sensitive to solidarity with others.”

Live trials by clinging to Christ

Paul teaches us to live trials by clinging to Christ, said Pope Francis, “in order to mature the ‘conviction that God can act in any circumstance, even in the midst of apparent failure’ and the ‘certainty that those who offer themselves and give themselves to God out of love will surely be fruitful’”.

Concluding his catechesis, the Pope prayed that the Lord would “sustain us in our own trials and open our hearts to those who today experience shipwrecks and arrive on our shores.”