Pope at Audience: Meekness unites us, anger drives us apart

Pope at Audience: Meekness unites us, anger drives us apart 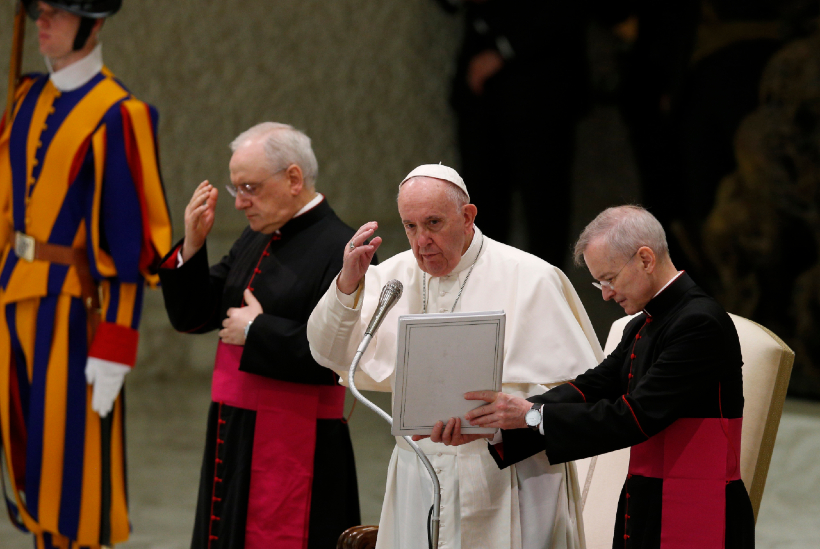 At the Wednesday General Audience, Pope Francis reflects on Jesus’ invitation to meekness in the third Beatitude and urges Christians to be people of mercy and hope.

Turning his attention to the third Beatitude of Matthew’s Gospel – “Blessed are the meek, for they shall inherit the earth” – Pope Francis said a meek person is kind and shuns violence, refusing to grow angry when passions run high.

“Anyone can seem meek when all is calm,” he told pilgrims at the General Audience in the Paul VI Hall, “but how do we react when ‘under pressure’ or are attacked, offended, or assaulted?”

Jesus, said the Pope, is a model of meekness especially in how He suffered the Passion.

Pope Francis added that the Scriptures use the term “meek” for the poor and those without land.

So Jesus’ statement that the meek will inherit the earth would seem contradictory. But he promises it, all the same, said the Pope. “It is the Promised Land.”

“That land is a promise and a gift for the people of God, and becomes a sign of something much greater than a piece of ground.”

He said the third Beatitude ultimately points us to our heavenly homeland.

The Pope went on to describe the traits of a meek disciple of Christ.

“He or she has learned to defend their peace, their relationship with God, and the gifts of God: mercy, fraternity, trust, and hope.”

Anger, said Pope Francis, is the opposite of meekness and destroys many important things when left uncontrolled.

“Anger has caused many brothers to cease speaking to one another,” he said. “Meekness unites; anger divides.”

A person who is meek, concluded the Pope, is able to “win over hearts and save friendships because people get angry but then they calm down.”

“This is how we can rebuild relationships with meekness.”