Pope at Audience: Sorrow is rooted in love for God

Pope at Audience: Sorrow is rooted in love for God 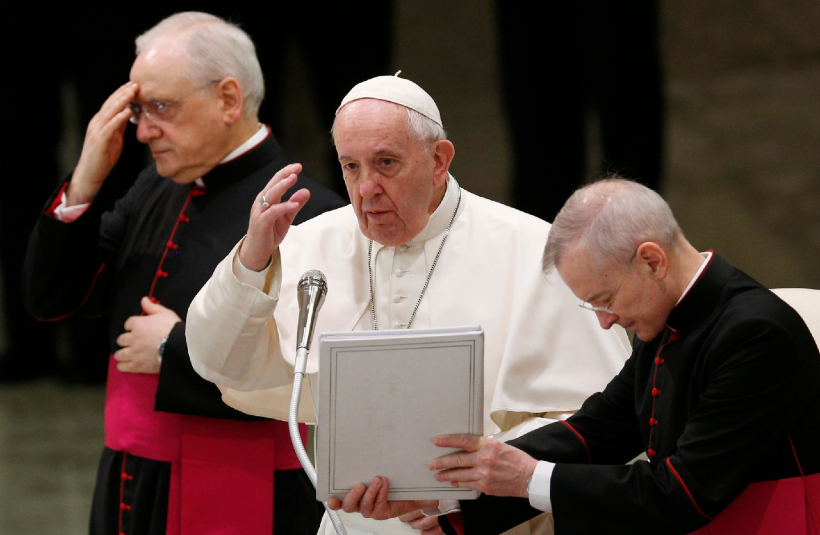 Pope Francis during his weekly General Audience in the Paul VI hall, reflects on the second Beatitude: “Blessed are those who mourn, for they shall be comforted”, and he explains that there are two types of sorrow.

The Pope continued his journey through the Beatitudes on Wednesday reflecting on the second: “Blessed are those who mourn, for they shall be comforted”.

He explained to those present at the General Audience, that in the Greek language in which the Gospel is written, such mourning is described by the desert Fathers with the Greek word “penthos” which he added, is an interior sorrow that can open us up to an authentic relationship with the Lord and with each other.

Pope Francis went on to say that the Bible speaks of two types of sorrow: The first is for “the death or suffering of someone.” Grief, the Pope pointed out “is a bitter road, but it can be used to open one’s eyes to life and to the sacred and irreplaceable value of each person, and at that moment one realizes how short time is.”

The other aspect, he highlighted “is tears for sin – for one’s own sin – when one’s heart bleeds for the pain of having offended God and neighbor. Taking St. Peter as an example of expressing sorrow for sin, the Pope said, that his sorrow was manifested in his tears after his betrayal of Jesus which came as a gift from the Holy Spirit, the Comforter.

Both types of sorrow, the Pontiff underlined are grounded in loving concern for others, but above all in love for God.

The Pope stressed that God always forgives even the ugliest sins. “The problem is in us”, he said “that we get tired of asking for forgiveness, we shut ourselves up in ourselves and do not ask for pardon. That is the problem, but He is there to forgive.”