Pope at Mass: ‘God will judge us with the same measure we have for others’

Pope at Mass: ‘God will judge us with the same measure we have for others’ 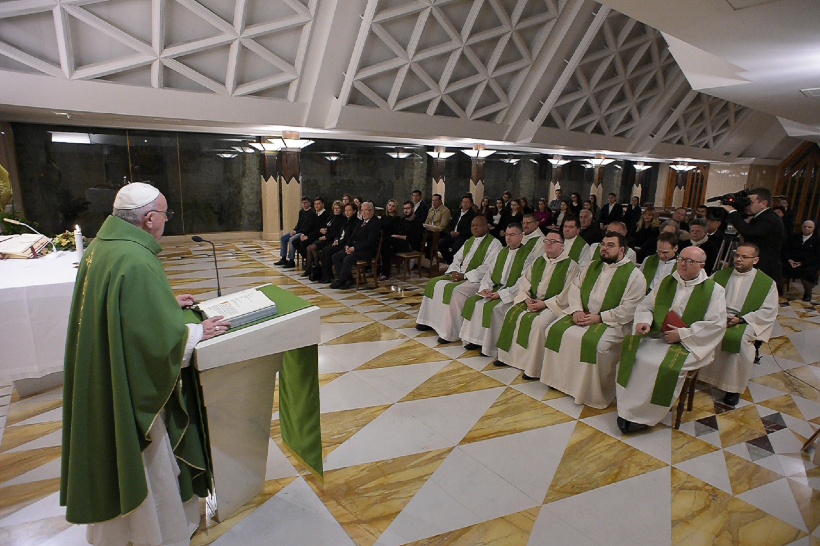 Pope Francis urges the faithful to relate to others in a truly “Christian” way which is generous and full of love, and he explains that we will be judged with the same measure with which we measure others.

Pope Francis reflected on the liturgical reading from the Gospel of Mark on Thursday morning during Mass at the Casa Santa Marta noting that it is full of advice for the faithful.

Highlighting the passage that says “The measure with which you measure will be measured out to you,” the Pope said that at some point in our lives, and especially at the end of our existence, we are all called to account for how we have lived our life.

These words, he explained, “tell us exactly what that moment will be like”, that is how we will be judged.

He noted that while in chapter 25 of Matthew’s Gospel, the evangelist tells us “what we have to do”, today’s passage indicates the “style with which we have to live.

Jesus is our model

Each one of us – the Pope continued –  has a style, “a way of measuring himself, things and others” and it will be the same measure the Lord will use with us.

Those who judge others with selfishness, will be judged in the same way; those who have no pity and in order to climb in life “are capable of trampling on everyone’s head”, will be judged “without pity”, he said.

But Christians have a different model, Pope Francis insisted and must ask themselves whether our parameters are those that Jesus asks of us.

A Christian who lacks the capacity to be humble is not a true Christian, he explained recalling that Jesus “humbled himself unto death – even the death of the cross.”

“He was God, but he didn’t cling to that: he humbled Himself. This is the model,” he said.

Pope Francis went on to consider the example of a lifestyle he defined as “worldly” and thus incapable of following Jesus’ model.

He mentioned how sometimes bishops complain to him when they find it difficult to transfer priests to parishes that “are considered of a lower category” because they think they are being punished, and said that they use a worldly measure to evaluate and judge rather than a Christian one.

Concluding, the Pope invited those present to live their lives with compassion and mercy and to ask the Lord for the grace to live in Christian way, never fearing the cross of humbleness “because this is the path that He has chosen to save us.”