Pope at Mass: “We are before a mystery”

Pope at Mass: “We are before a mystery” 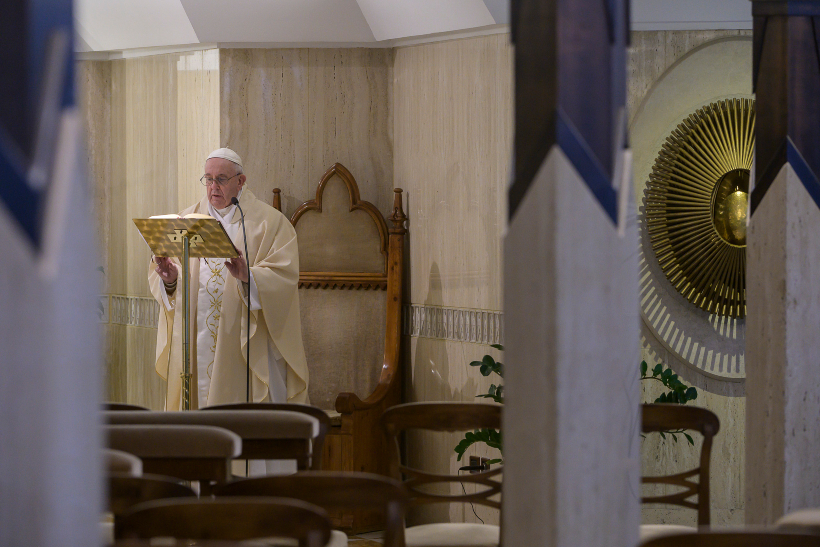 Reflecting during the homily on Wednesday morning during the liturgy for the Solemnity of the Annunciation, Pope Francis repeats the Gospel for his homily, passage, he says that the Madonna herself would have recounted. (Playback of liturgy included)

Pope Francis celebrated the liturgy for the Solemnity of the Annunciation of the Lord on Wednesday morning at the Casa Santa Marta chapel. He began the liturgy announcing that the Daughters of Charity of Saint Vincent de Paul, present at the liturgy, would renew their vows together with all their fellow sisters throughout the world. These sisters direct the Santa Marta dispensary. There, the sisters provide medical assistance to children and families in need. It is located just a stone’s throw away from the Pope’s residence inside the Vatican.

“I would like to offer the Mass today, for them, for their congregation, who has always cared for the sick and the poorest, as they have done here for 98 years”.

This prayer intention also extended to “all women religious who are working at this moment, caring for the sick and also risking their lives and giving their lives”.

We are before a mystery

After the proclamation of the Annunciation from the Gospel of Luke, Pope Francis began his homily. He said Luke would have known what had happened “only because the Madonna had told him”.

The Pope then read the entire Gospel for the day once again.

His final words were:

Before proceeding with the liturgy, the two Daughters of Charity of St Vincent de Paul renewed their vows silently.