Pope at Regina Coeli prays for dialogue in Sudan

Pope at Regina Coeli prays for dialogue in Sudan 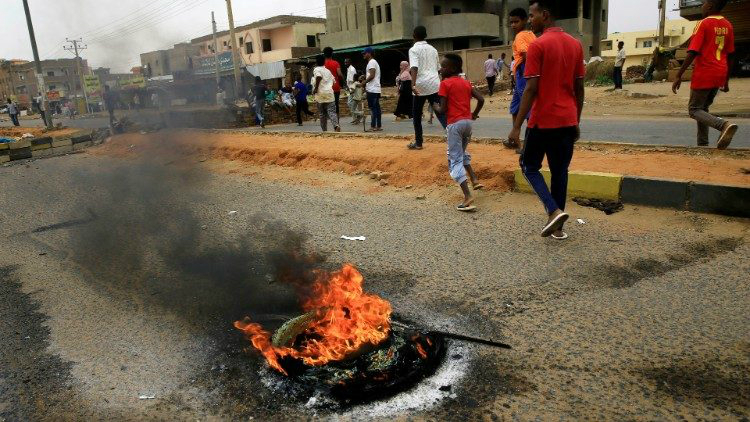 Pope Francis addressed the faithful after celebrating Mass in St. Peter’s Square asking for prayers for Sudan where scores of people have been killed in political violence.

Appeal for dialogue in Sudan

Pope Francis appealed for prayers for Sudan on Sunday, where he said news of the past days is causing sadness and concern.

“Let us pray for this nation, so that the violence may cease and that the common good may be sought in dialogue,” he said.

Sudan is in the midst of a political crisis after security forces opened fire on pro-democracy protesters in the capital, Khartoum this week, allegedly killing over 100 people.

Representatives of the protesters had been in talks with the military over who will take control following the ousting of long-time President Omar al-Bashir.

The Pope also recalled the thanksgiving celebration on Saturday in Krakow, Poland, for the Beatification of Blessed Michele Giedroyc.

He said the event is an encouragement for the people of Poland and Lithuania to reinforce their bonds in a sign of faith and veneration for the Blessed Michele, who lived in Krakow in the 15th century and is a model of evangelical humility and charity.

Pope Francis concluded his Regina Coeli address thanking the many pilgrims from Italy and many parts of the world who were in the Square to celebrate Pentecost Mass on Sunday.

“I encourage everyone open themselves with docility to the action of the Holy Spirit, offering the world testimony of a variety of charisms and the image of fraternity in communion,” he said.