Pope Francis at Angelus prays for “defenseless” US shooting victims

Pope Francis at Angelus prays for “defenseless” US shooting victims 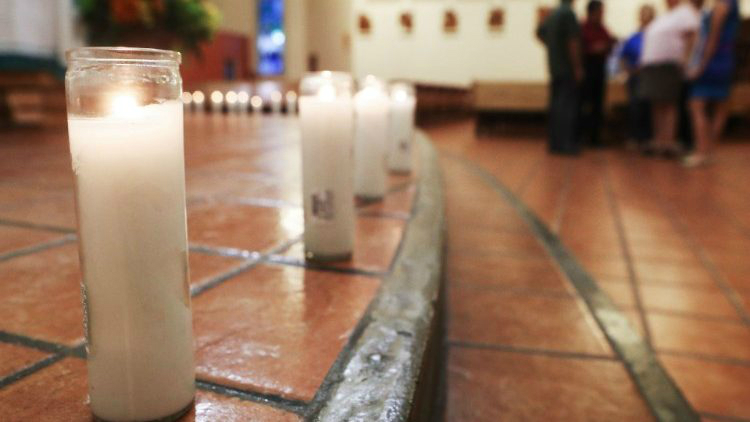 Candles are lit at a Vigil at Pius X Church after a mass shooting in El Paso, Texas (2019 Getty Images)

The Pope expresses his spiritual closeness and prayers to all those affected by this week’s series of mass shootings in the US.

Pope Francis, following the Angelus in St Peter’s Square on Sunday expressed his spiritual closeness to the victims, the wounded and the families affected by attacks, he said had “led to bloodshed in Texas, California and Ohio in the United States.

At least nine people were killed in Ohio, Sunday in the second mass shooting in the U.S. in less than 24 hours.

On Saturday a young man opened fire in a crowded El Paso, Texas, shopping area, leaving 20 dead and many injured.

Following his words, he offered a Hail Mary for the victims.

Also in his remarks after the Marian Prayer, the Pope recalled the 160th anniversary of the death of the saintly Curé d’Ars, St John Vianney. Pope Francis described him as a model of goodness and charity for all priests.

On this significant occasion the Pope said he “wanted to send a letter to priests throughout the world, to encourage them in fidelity to the mission to which the Lord has called them.”

He added, “may the witness of this humble parish priest, totally dedicated to his people, help to rediscover the beauty and importance of the ministerial priesthood in contemporary society.”