Pope Francis prays for those working in the media

Pope Francis prays for those working in the media 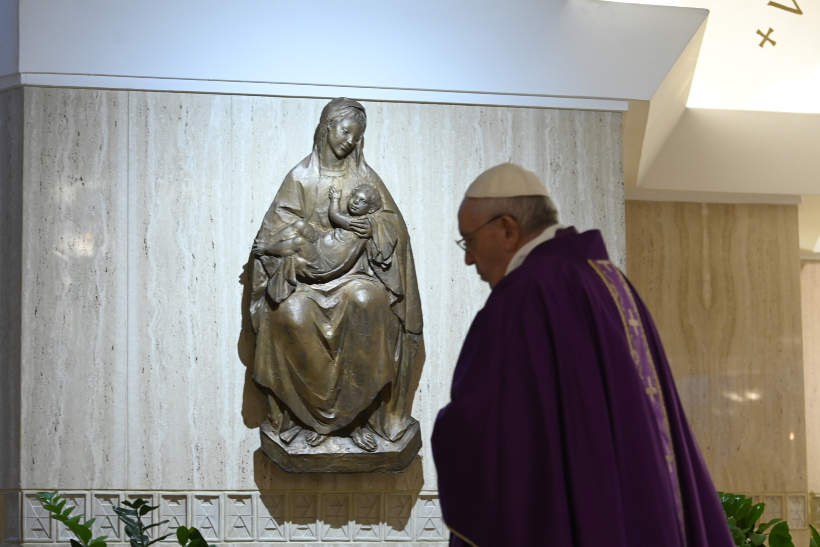 At the daily Mass at Casa Santa Marta, Pope Francis prayed for all those who work in the media. He reflected on the importance of Christian discipleship, which means remaining in the Lord.

Pope Francis’ prayer intention for Wednesday’s Mass at the Casa Santa Marta was “for all who work in the media, who work to communicate”. They are working, he said, “so that people are not so isolated; for the education of children, to help us to bear this time of isolation”.

In his homily, the Holy Father focused on the struggle between Jesus and the Doctors of the Law over His identity. Jesus, he said, ultimately backs them into a corner, and they resort to insults and blasphemy.

But for those who believe in Him, Jesus says, “If you remain in my Word you will indeed be my disciples” (Jn 8:31). The word “remain” is an important one. Jesus repeats often, including at the Last Supper. Pope Francis noted that the Lord does not emphasize studying and learning: Jesus takes that for granted. Instead, the Pope said the most important thing is “remaining” in Jesus and in His Word.

The identity of a Christian

Returning to a familiar image, Pope Francis said that being a Christian is not a matter of having some kind of identification, an identity card that says, “I am Christian”. Christian identity is discipleship. “If you remain in the Lord, in the Word of the Lord, in the life of the Lord, you will be a disciple”, the Pope said. If, on the other hand, you do not remain in Him, you can appreciate doctrine, and follow Jesus as a good and charitable man, but you will not be a disciple.

And it is precisely Christian discipleship that makes us free, the Pope said. “The disciple is someone who is free because they remain in the Lord”. But what does this mean? Pope Francis explained that being a disciple means allowing oneself to be guided by the Holy Spirit. “That is why the disciple is always a person of tradition and of novelty, a free person… never subject to ideologies, to doctrines within the Christian life, doctrines that can be discussed. That person remains in the Lord, it is the Spirit who inspires them.”

Pope Francis concluded his homily by asking that the Lord might help us “to understand this wisdom of remaining in Him, and help us to understand familiarity with the Spirit: the Holy Spirit gives us freedom”. This, said the Pope, is an anointing, “and discipleship is an anointing. Those who remain in the Lord receive it”.