Pope Francis: St Joseph, an example and a witness for our times

Pope Francis: St Joseph, an example and a witness for our times 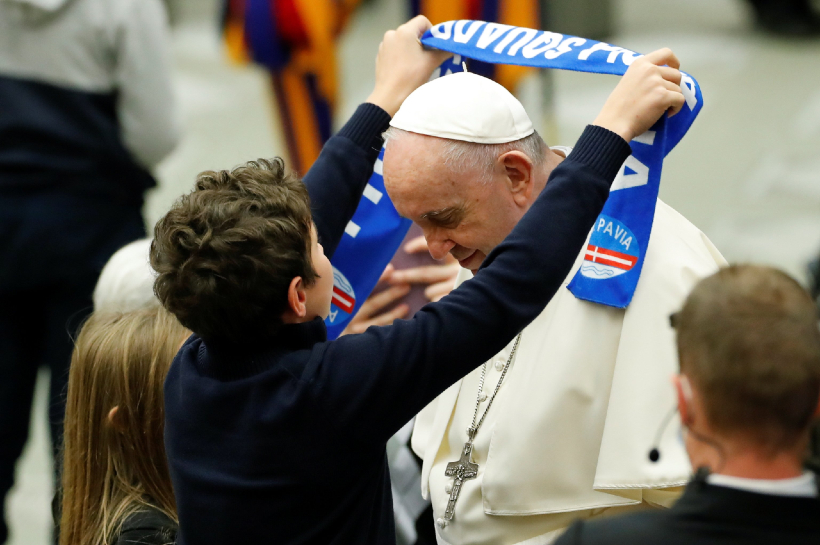 Following his catechesis on St Paul’s Letter to the Galatians at the Wednesday General Audience, Pope Francis begins a new series of reflections on St Joseph as an example and a witness for our times.

Pope Francis began a new cycle of catecheses on St Joseph at his weekly Audience on Wednesday, explaining that “today, as never before, in this time marked by a global crisis,” St Joseph can offer us “support, consolation, and guidance.” As the year of St Joseph draws to a close, the Pope said he hoped his reflections might “further help us to allow ourselves to be enlightened by his example and by his witness.”

A man full of faith

The Holy Father set the stage for his teaching with a reflection on the biblical context of the life of St Joseph. Recalling the figure of Joseph, the son of Jacob, in the Old Testament, Pope Francis noted that the name “Joseph” – Hebrew for “may God increase, may God give growth” – is “a wish, a blessing based on trust in God’s providence and referring especially to fertility and raising children.” This, he said, “reveals an essential aspect of Joseph of Nazareth’s personality. He is a man full of faith in God, in His providence.”

Pope Francis went on to consider the places associated with St Joseph, especially Bethlehem and Nazareth, which “assume an important role in our understanding” of the saint.

Bethlehem, he said, means “house of bread” or, in Arabic, “house of meat,” both expressions that are full of significances in light of the Incarnation and the Eucharist. Bethlehem also recalls the story of Ruth, the great grandmother of David the king, from whom Joseph traces his descent; as well as the prophecy of Micah, who foretold the coming of the Messiah from Bethlehem.

While Jerusalem was “the city loved by the Lord, the ‘holy city’,” it was Bethlehem and Nazareth, both outlying villages, “far from the clamour of the news and the powers of the time” that are most associated with Saint Joseph. “The choice of Bethlehem and Nazareth tells us that the periphery and marginality are preferred by God,” Pope Francis said. “Failure to take this fact seriously is equivalent to not taking seriously the Gospel and the work of God.”

Going to the peripheries

Jesus, the Pope emphasized, goes out especially in search of those on the peripheries, not only sinners, but also “those who have done no evil but have suffered it: the sick, the hungry, the poor, the least.”

Now, as then, the Pope said, “there is a centre and a periphery” in society; and, as in the time of Jesus, “the Church knows that she is called to proclaim the good news from the periphery.” Here St Joseph can be an example, reminding each of us to accord special importance “to what others cast aside.” In this sense, the Pope said, St Joseph “is truly a master of the essential: he reminds us that what truly matters does not attract our attention, but requires patient discernment to be discovered and appreciated.”

And to all those living on the geographical or existential peripheries, the Pope had this message: “May you find in Saint Joseph the witness and protector to whom you can look.”

Saint Joseph,
you who always trusted God,
and made your choices
guided by His providence
teach us not to count so much on our own plans
but on His plan of love.

You who come from the peripheries
help us to convert our gaze
and to prefer what the world discards and marginalises.