Pope Francis: With faith, prayer and penance we overcome evil

Pope Francis: With faith, prayer and penance we overcome evil 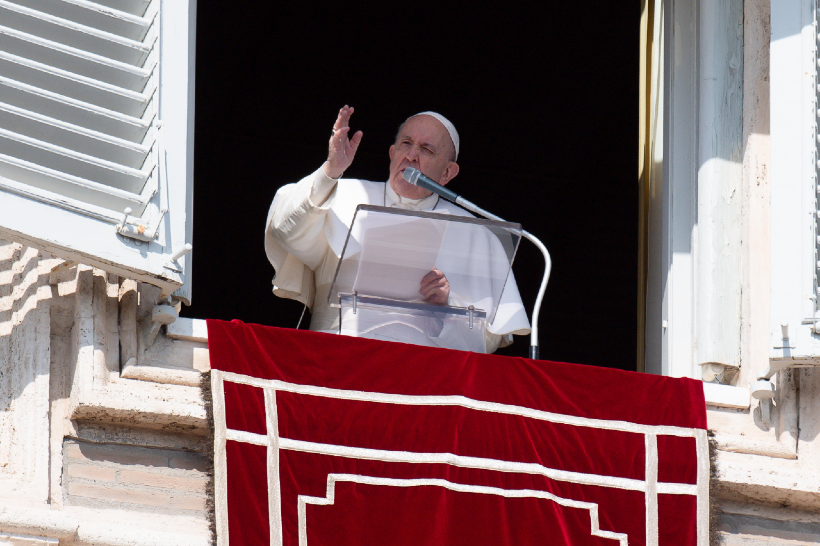 Speaking to pilgrims gathered in St. Peter’s Square for the Sunday Angelus, Pope Francis explained how the Word of God shows us the path to live fruitfully the 40 days of Lent we have just embarked upon.

The account in Mark’s Gospel (Mk 1:12-15) on this first Sunday of Lent emphasizes that the “Spirit drove Jesus out into the desert”. There, the Pope noted, Jesus remained forty days and was tempted by Satan. The natural and symbolic reality of the desert is the place “where God speaks to the human heart and prayer is a response”, he observed, but it is also the place of “trial and temptation” and the “’duel’ between Jesus and the devil begins, which will end with the Passion and the Cross.” At the same time, Jesus’ entire existence is placed under the sign of the Spirit of God, who animates, inspires and guides him.

The Pope continued that the entire ministry of Christ marks a struggle against the Evil One  – whether healing from illness, liberating the possessed, and forgiving sins. While it may appear that the devil has the upper hand when the Son of God is rejected, captured and condemned to death, in reality, the Pope remarked, “death was the last ‘desert’ to cross” to finally defeat Satan and free us all from his power.

The Pope said when we read about the desert and temptations, Christians are reminded that by following in the Lord’s footsteps, our lives also are a struggle against the spirit of evil, where the devil can tempt us. He said we must be fully aware of the presence of this astute enemy “who seeks our eternal condemnation, our failure, and prepare to defend ourselves against him and to combat him.” He added that Jesus never dialogued with the devil. Rather, Jesus always sent him away or responded with the Word of God. We also, the Pope said, should never enter into dialogue with the devil and his temptations.

At the same time, the grace of God assures us, that with faith, prayer and penance, we can defeat the enemy.

In conclusion, the Pope said “We are called to walk in God’s footsteps, renewing our Baptismal promises: renouncing Satan, and all his works and all his empty promises.”. He then encouraged us to call on the maternal intercession of the Virgin Mary.

After leading the recitation of the Angelus, the Pope greeted Polish pilgrims in St. Peter’s Square and recalled the Shrine of Divine Mercy in Plock, Poland, where 90 years ago the Lord appeared to Sister Faustina Kowalska and entrusted her with a special message of Divine Mercy that Saint John Paul II helped bring to the world’s knowledge and appreciation. Pope Francis encouraged us to open our hearts with faith, and that we put our trust in Jesus.

The Pope also greeted pilgrims from the Talità Kum group of the San Giovanni dei Fiorentini parish of Rome, encouraging them to continue their charitable work with joy.