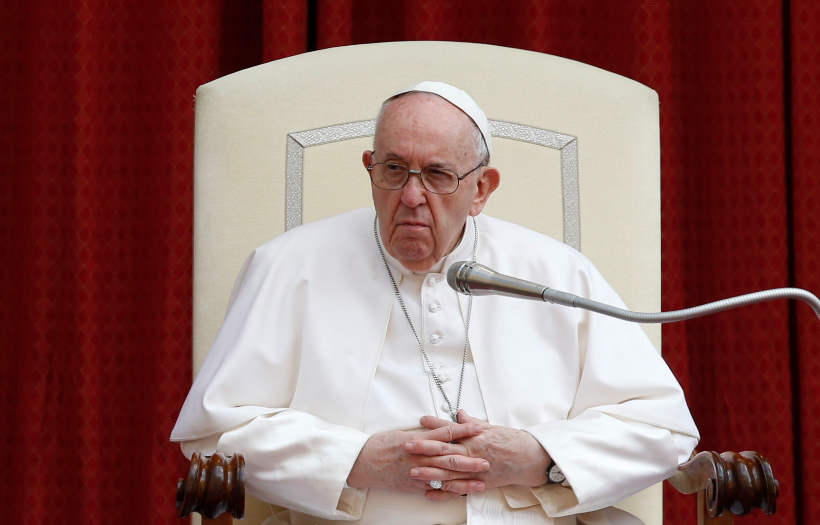 In his penultimate catechesis on prayer, Pope Francis emphasises the relationship between constant prayer, faith, and daily life.

For more than a year – beginning in May 2020 – Pope Francis has offered an ongoing cycle of teaching on “prayer” during his weekly General Audience.

On Wednesday, on his next to last catechesis on the subject, the Holy Father reflected on “perseverance in prayer,” and what it means to “pray constantly” – the invitation and command of scripture, taken from St Paul’s First Letter to the Thessalonians.

This invitation was the inspiration for the journey of the Russian pilgrim in the 19th century ascetical work The Way of the Pilgrim. Pope Francis recalled that the pilgrim learned to say the Jesus prayer, “a prayer that, little by little, adapts itself to the rhythm of breath and extends throughout the day.”

Prayer: a sacred fire that burns in our hearts

Pope Francis then turns to several passages from the history of spirituality cited by the Catechism of the Catholic Church, which remind us that prayer serves as “an ardour in the Christian life, which must never fail,” like the “sacred fire that was kept in the ancient temples.” “So,” the Holy Father explains, “there must be a sacred fire in us too, which burns continually and which nothing can extinguish.”

From St John Chrysostom, the Pope shows that prayer can be a part of all our actions, saying that prayer does not interrupt or contradict the duties of daily life, but gives them meaning and peace.

The inner balance between work and prayer

But constant prayer is not easy, Pope Francis admits. When we are caught up in the obligations of daily life, and find it difficult to think of God, we should remember that although God cares for every aspect of Creation, He also remembers each one of us personally. “And so we too must always remember Him,” says the Pope.

Pointing to the example of monks, Pope Francis emphasises the importance of “inner balance” between work and prayer. Prayer that is too abstract can lose touch with reality, while work can keep us grounded. The hands of the monk, which are joined in prayer, he says, are calloused from physical labour.

On the other hand, prayer complements work, it is the “breath” of all we do, remaining as a “living backdrop to work,” even when it is not explicit. “It is inhuman,” the Pope says, to be so absorbed in work that you can no longer find time for prayer.”

Finally, Pope Francis recalls the experience of the Transfiguration. Jesus did not prolong the moment of ecstatic contemplation, but came down with the disciples to resume their daily journey. The experience of Mount Tabor, the Pope says, remained “in their hearts as the light and strength of their faith.”

The Pope explains that in the relationship between faith, life, and prayer, “one keeps alight the flame of Christian life that God expects of each one of us.”