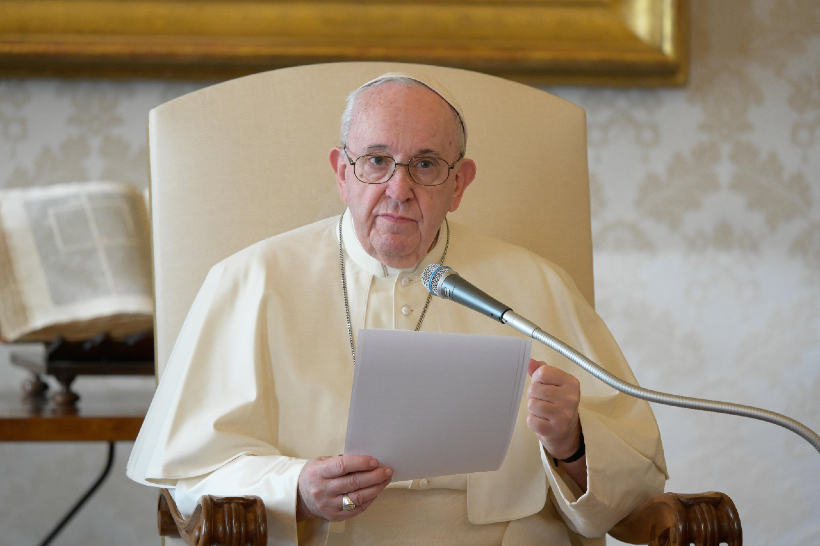 Speaking in the wake of the release of the McCarrick Report, Pope Francis expresses closeness to all victims of abuse and renews the Church’s commitment to eradicate this evil.

Pope Francis on Wednesday referred to the release of the McCarrick Report the day before, and expressed his closeness to all victims of abuse.

Speaking during the weekly General Audience in the Vatican’s Apostolic Library, the Pope also said that following “the Report on the painful case of former cardinal Theodore McCarrick” he renews “the commitment of the Church to eradicate this evil”.

After pronouncing these words, he paused for a moment of silent prayer.

The McCarrick Report, composed of 461 pages of documents and testimonies, is an exhaustive investigation into the knowledge and decision-making regarding Theodore McCarrick during his career as a priest, bishop and cardinal.

The Report, published by the Secretariat of State on the mandate of Pope Francis, is the result of a two-year investigative process.

Speaking upon its release on Tuesday, Cardinal Secretary of State Pietro Parolin said the Report “will also have an effect in this respect: in making all those involved in such choices more aware of the weight of their decisions or omissions. These are pages that encourage us to reflect deeply and ask ourselves what more we can do in the future, learning from the painful experiences of the past.”