Pope: Those who do good are investing in eternity

Pope: Those who do good are investing in eternity 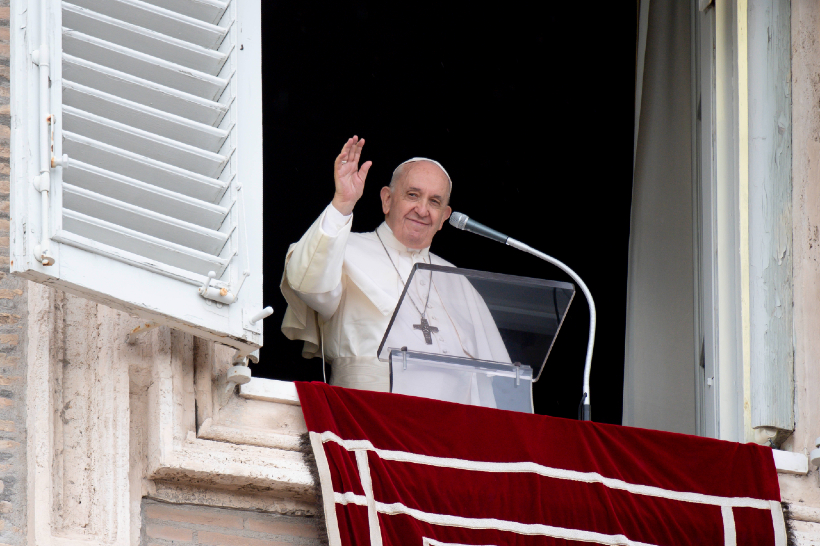 Pope Francis reflects on the transient nature of material goods and physical appearances and invites the faithful to base their lives on the Word of God.

Taking his cue from the Gospel passage of the day, Pope Francis explained that Jesus tells us that everything passes but His words, and he invited the faithful to build Heaven on earth, “because good is never lost, it lasts forever.”

Speaking during the Sunday Angelus in St. Peter’s Square, the Pope recalled the Gospel of Mark in which Jesus says “The sun will be darkened, and the moon will not give its light, and the stars will be falling from heaven.”

However, he continued, the Lord was not a doomsayer, His intention is to make us understand that sooner or later everything in this world passes except for God’s love and the Gospel’s saving message.

A guide for the important things in life

The Pope said this valuable message guides us in the important decisions in life.

Urging us not to give too much value to things that give us immediate satisfaction, and not to be too attached to things that pass, “like money, appearance, physical well-being,” he said it is important to go beyond the immediate, with patience, and build one’s life doing good.

The invitation he said, is not to build your life on sand: “According to Jesus, the faithful disciple is the one who founds his life on the rock, which is His Word.”

Quoting from Saint Paul, the Pope said “Love never ends” and he reminded us that “Those who do good, are investing in eternity.”

“When we see a person who is generous and helpful, meek, patient, who is not envious, does not gossip, does not brag, is not puffed up with pride, does not lack respect, (Cor 13:4-7), this is a person who builds Heaven on earth. They may not be noticed or have a career, and yet, what they do will not be lost because good is never lost, it lasts forever,” he said.

Thus, the Pope continued, that to base one’s life on His Word “is not an escape from history, but an immersion into earthly realities in order to make them solid, to transform them with love, imprinting on them the sign of eternity, the sign of God.”

He concluded by inviting believers to make important choices bearing this in mind: “Before deciding, let us imagine that we are standing in front of Jesus, as at the end of life, before Him who is love. Imagining ourselves there, in His presence, at the threshold of eternity, we make the decision for today. It may not be the easiest, the most immediate, but it will be the right one.”

Christ is present in the poor

After the recitation of the Marian prayer, the Pope recalled that today we celebrate the Fifth World Day of the Poor.

He reminded those following that it was established “as a fruit of the Jubilee of Mercy.”

“Christ is present in the poor,” he said, adding that “The cry of the poor, united to the cry of the earth,” resounded in recent days at the United Nations Climate Change Summit, COP26, in Glasgow.

“I encourage those with political and economic responsibilities to act now with courage and foresight,” the Pope said, and he highlighted the fact that today, on the World Day of the Poor, registrations open for the Laudato sì Action Platform that promotes integral ecology.

Noting that it is a chronic disease that afflicts many people, including young people and children, the Pope said “I pray for all of them and for those who share their difficulties every day, as well as for the health care workers and volunteers who assist them.”