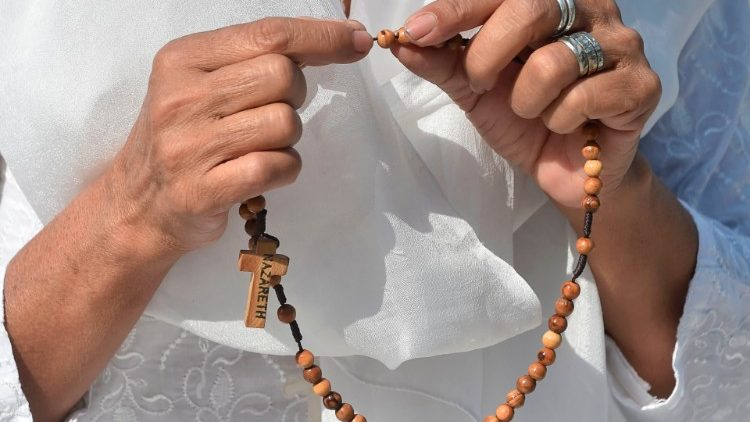 The annual Global Rosary Relay for the Sanctification of all Priests takes place on the Feast of the Sacred Heart of Jesus on 19 June. This year participants are being invited to pray for Pope Francis

On June 19, the Feast of the Sacred Heart of Jesus, people around the world will gather for the annual Global Rosary Relay, which is now in its eleventh year.

Pope Francis himself has imparted his Apostolic Blessing to all those taking part in this year’s Rosary event on the Day of Prayer for the Sanctification of all Priests.

The Global Rosary Relay is the initiative of the Worldpriest Global Apostolate which was founded by Marian Mulhall, a professional in the world of advertising, with the goal of offering prayerful support for priests worldwide.

By Ms Mulhall’s own admission, the Apostolate came about from a very simple inspiration that she was awoken with one morning eleven years ago, which was “20 countries, 20 ministries”. She recalls that after a period of reflection, she and her colleagues decided to organize the first Annual Global Rosary Relay.

Over the last decade, the number of participants has greatly increased, and as Marion points out, “We’re in every single country in the world; there’s no one left out.”

In 2019, there were over 285 single prayer locations participating in the Global Rosary Relay. To date this number has risen to well over 300 prayer locations from every corner of the globe.

Asked whether she thought the use of video conferencing, especially during this time of pandemic, had been helpful in transmitting the faith, she said that it had been an extremely useful at a time when many churches remain closed.

This year, due the pandemic, people are being invited to stream the Global Rosary Relay from their prayer location.

Ms Mulhall emphasizes that “this is one huge opportunity for the whole world to be one family united as one.”