Pope at Audience: The beauty of bonds that unite generations

Pope at Audience: The beauty of bonds that unite generations 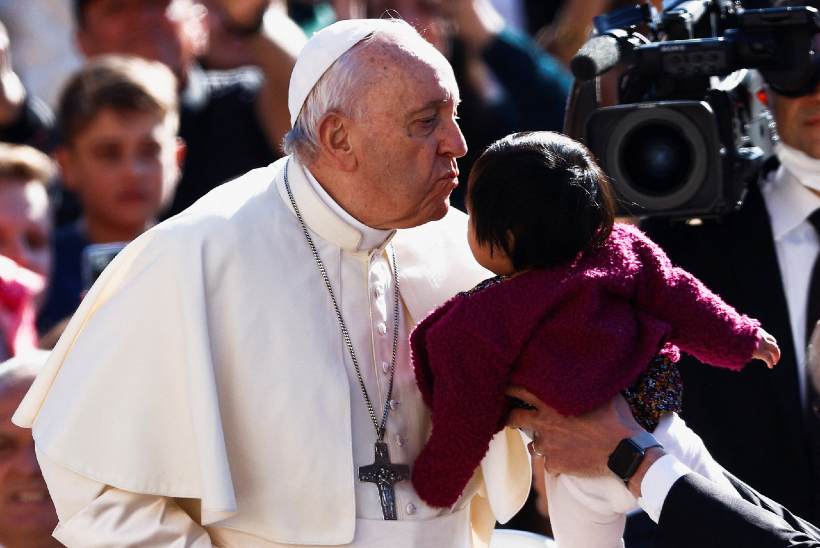 Continuing his catechesis at the Wednesday General Audience on the meaning and value of old age, Pope Francis takes inspiration from the Book of Ruth, noting that bonds uniting the generations can prove enriching for families and for the growth of society.

In his continuing catechesis on the meaning and value of old age in the light of God’s word, Pope Francis reflected on the figure of the widow Naomi as presented in the biblical Book of Ruth, which he called “a jewel of the Bible.”

He told those gathered at Wednesday’s General Audience in St Peter’s Square that this beautiful story “sheds light on the beauty of family bonds,” and invited the faithful to “rediscover the Book of Ruth.”

Bonds of love and support

The Pope recounted the relationship of love and mutual support between the elderly Naomi and her daughter-in-law Ruth.

Naomi, living in a foreign land, is left alone when her two sons die.

But despite her grief, she encourages her two daughters-in-law to remain among their own people as she returns to Bethlehem, her native town, a gesture Pope Francis described as an “act of love.”

Ruth makes the decision not to abandon Naomi, and accompanies her to Judah, telling her: “Your people shall be my people, and your God my God.”

The Pope underlined that “Naomi, moved by Ruth’s devotion, will emerge from her pessimism and even take the initiative, opening up a new future for Ruth.”

Both women begin a new chapter in their lives with Ruth supporting Naomi, and Naomi, in turn, helping Ruth to find a new husband, Boaz, which will lead to the birth of a son Obed, who was the father of Jesse.

“Naomi, in her old age,” commented Pope Francis, “will know the joy of having a part in the generation of a new birth.”

“Look how many ‘miracles’ accompany the conversion of this elderly woman. She converts to the commitment of making herself available, with love, for the future of a generation wounded by loss and at risk of abandonment.”

In off-the-cuff remarks, the Pope said at times mothers-in-law have the reputation of being difficult; but he added, she is a mother, and she can also be a grandmother which is a “beautiful thing.”

He also urged families and mothers-in-law to bring out the best in each other.

Pope Francis explained that the story of Naomi and Ruth demonstrates that in God’s providential plan, faith and love enable challenges to be overcome.

He went on to say that these bonds uniting the generations can prove enriching for our families and for the growth of a society that respects the dignity and gifts of each of its members, however young or old.

In conclusion, the Pope underlined, “If the young open themselves to gratitude for what they have received, and the elderly take the initiative of relaunching their future, nothing can stop the flourishing of God’s blessings among peoples.”