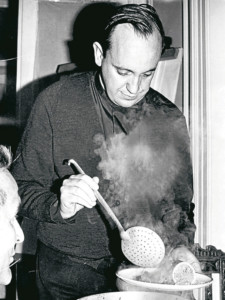 Surrounded on three sides by the Alps including Monviso where the Po River rises, Piemonte or Piedmont is a region of northwest Italy, bordered on the west by France, on the east by Lombardy, on the north by Val D’Aosta and Switzerland, and on the south by Liguria and a very small fragment of Emilia Romagna. Its capital is Torino (Turin), the birthplace of FIAT motor works. Other important cities are Novara, Piedmont’s second most populous city after Turin; Vercelli, Italy’s center of rice-production; Alessandria, famous for its Borsalino hats; Asti, synonymous with Italy’s bubbly; Alba, famous for its white truffles; and Biella, renowned for its textiles and silks.

According to the 190 Associations of Piemontesi in the world, more than 2 million Piemontesi emigrated between 1870 and 1970 and now more than 6 million Piemontesi and their descendants live abroad. Argentina boasts the highest number of Piemontesi with 3 million; Brazil and the USA follow with 700,000 each. In the USA the majority live in California, Chicago and New York. Thus, today emigrants of Piemontese descent outnumber their ancestral region’s 4.6 million inhabitants. 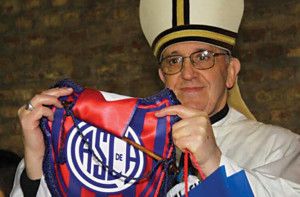 One Piemontese immigrant to Argentina was Pope Francis’ father, Mario José Ber­goglio. According to María Elena Ber­goglio, Pope Francis’ much younger (aged 65) and only surviving sibling (he had three others), Mario left Pontacomaro, a small farming town some 4 miles northeast of Asti, in 1922, when Mussolini rose to power, to escape Fascism. In Buenos Aires, Mario married Regina María Sívori, born in Buenos Aires to a family of northern Italian (Piemontese and Genovese) origin. Mario was an accountant for the railways and Regina a housewife and mother.

Born in Flores, a barrio of Buenos Aires, their eldest child, Pope Francis, has always preferred the simple lifestyle. Even as archbishop he lived in a small apartment near the cathedral, rather than in the elegant bishop’s residence in the suburb of Olivos. It’s been well-publicized that he took public transportation and cooked his own frugal meals of healthy foods: baked skinless chicken, vegetables, salads, and fruits accompanied by an occasional glass of wine. Once in a while he would break from eating alone to visit a convent where the nuns prepared bagna càuda, a sort of fondue with anchovies, garlic, olive oil, butter, sometimes cream, and a selection of pre-boiled autumn/winter vegetables: celery, sweet peppers, fennel, radishes, turnips, ar­tichokes, cardoons, cauliflower, and onions, cut to bite-size pieces.

A specialty of Italy’s Piedmont region during autumn/winter, especially immediately after the grape harvest and on Christmas Eve, the heartily-flavored Bagna Càuda or “hot bath or dip” is placed at the center of the table for communal and festive sharing and accompanied by Piemontesi red wines, Nebbiolo or Barbera, and eggs to scramble in the leftover bagna càuda. 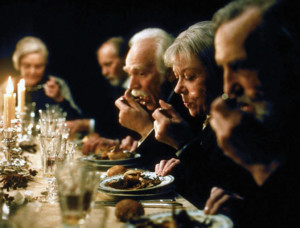 A scene from the film Babette’s Feast.

Besides Bagna Càuda, Pope Francis’ other gastronomic preferences include strong coffee (“ristretto”), consumed at a bar counter, and mate, a traditional South American, especially Argentine, caffeine-rich infused drink. He is also a lifelong supporter of the San Lorenzo de Almagro football club, a fan of Tita Merello’s films, of neo-realism, and of tango dancing, but also has an “intense fondness” for milonga, the traditional music of Argentina and Uru­guay. His favorite painting is Chagall’s White Crucifixion, painted in Paris in 1938 in response to the horrifying events of Kristallnacht and now in the Art Institute of Chicago. Not surprisingly perhaps because of his disapproval of materialism, his favorite film is Babette’s Feast, based on Isak Dinesen’s (Karen Blixen) story.