East-West Watch: Can Disease Be Transmitted Through Communion?

East-West Watch: Can Disease Be Transmitted Through Communion? 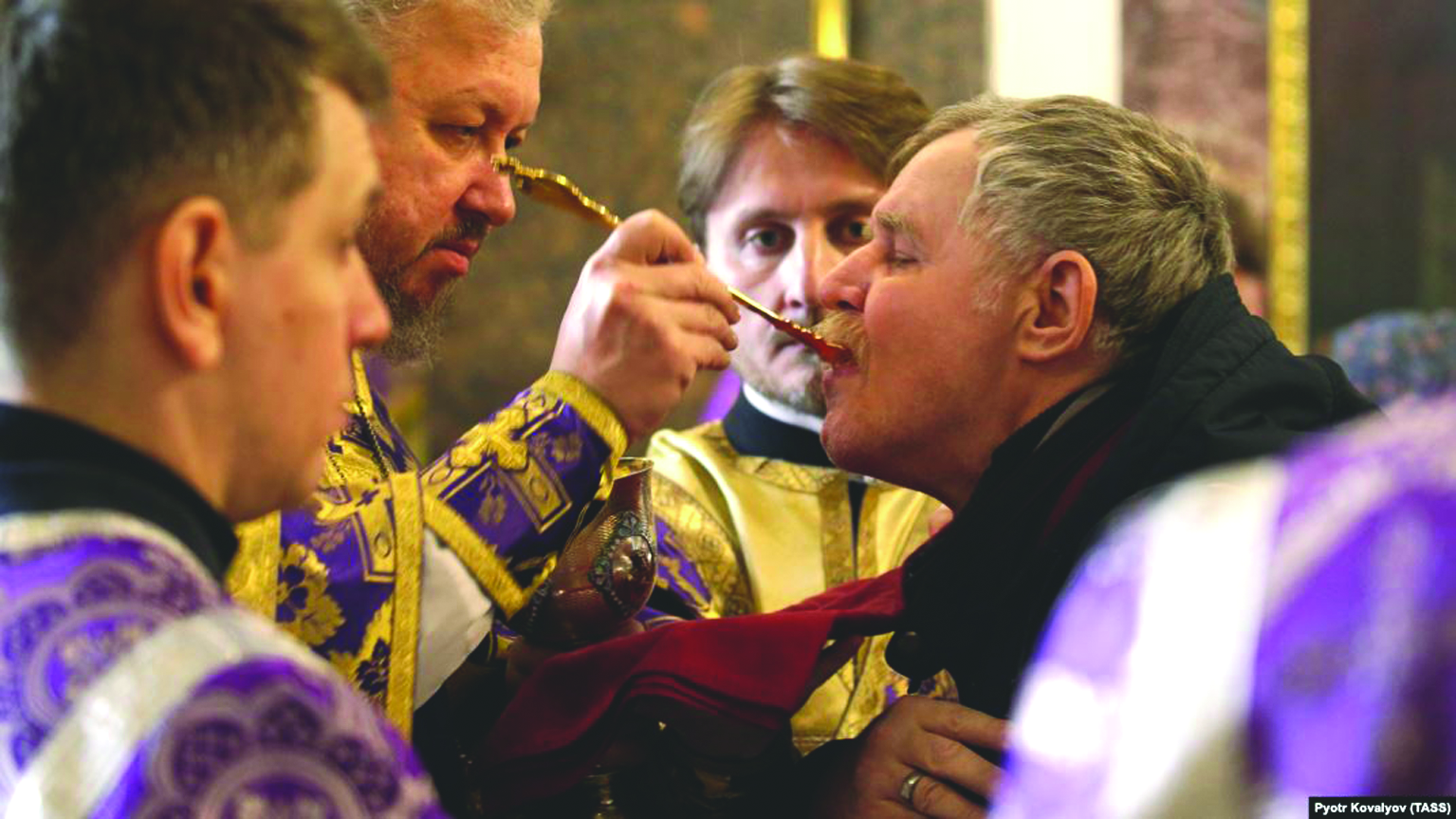 For the Catholic Church, the method of distributing Communion in most locations has been modified during the time of the COVID pandemic. With the reopening of churches, the general practice of dioceses in the United States has been to allow only the distribution of Communion in the hand, and not on the tongue, and to forego the distribution of the Precious Blood completely during the continuation of the pandemic. These restrictions have also been adopted in many other countries, including Vatican City. For most Catholics, these restrictions have been accepted without great resistance as a precaution to prevent the spread of the coronavirus.

However, the Orthodox Church has a different perspective. At a service on August 9, 2020, Ecumenical Patriarch Bartholomew stated: “I congratulate you for coming to receive Holy Communion, the most important Sacrament. You already know that there has been a debate lately about Holy Communion. We firmly believe that there is no danger of contracting the coronavirus in receiving the Body and Blood of the Lord. That is why we, the Ecumenical Patriarchate, have not changed the way Holy Communion is being offered.”

The Holy Synod of the Ecumenical Patriarchate had previously issued a statement in June that “it is impossible that through this Mystery of Mysteries any disease might be communicated to those who partake.” This view is also shared by other Local Orthodox Churches. Although this view is based primarily on theological reasoning, it is buttressed by the assertion that through the centuries there has been no known case of a person actually contracting a disease through the Eucharist.

During the pandemic, governmental health authorities in various countries have been particularly concerned about the distribution of Communion by the Orthodox Church because it involves the use of a common spoon. For Communion of the Orthodox faithful, the consecrated leavened bread is placed in the chalice with the Precious Blood. The priest then uses a liturgical spoon to place a particle of the Body of Our Lord together with the Precious Blood into the mouth of the communicant. The same spoon is used by the priest for all communicants, and the communicants will generally close their lips on the spoon.

The origin of the use of the common spoon is not entirely clear, but it appears to have been in use in the Byzantine Empire in the eleventh century. According to one theory, the practice allowed a single priest to distribute both species simultaneously. The spoon also prevented the loss of fragments from the consecrated leavened bread. Now, for a least a millennium, the common spoon has been the method used by the Orthodox to distribute Communion.

Nevertheless, during the present pandemic, there have been some Orthodox who have health concerns about the common spoon. For many Orthodox hierarchs, these are individuals who are weak in their faith and need to be educated that the Eucharist can never be the source of illness. A few hierarchs support an exception. For example, Greek Orthodox Archbishops Elpidophoros and Sotirios in North America have suggested the possibility of using a different liturgical spoon for each communicant during the pandemic. However, they remain minority voices.

For Catholics, the modification of Communion practices to satisfy health authorities is easier because of the Catholic belief that Communion is complete if only the host is received. For the Orthodox, Communion must be given under both species, and this makes it more difficult to reach an agreement with health authorities. In any future negotiations with authorities, it is very unlikely that the Orthodox will abandon the common spoon.