The Five Pseudo-Synodal Impostures of the German “Path”

The Five Pseudo-Synodal Impostures of the German “Path” 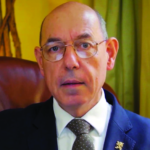 The “synodal path” undertaken by the German Bishops’Conference departs radically from the traditional synod model, and if not stopped in time, will lead to a schism. Indeed, the said “synodal path” is based on five impostures:

The four forums created to prepare for the event (power in the Church; priestly celibacy; sexual morality; and women’s access to ministries) address exclusively the above-mentioned two types of prohibited questions.

Furthermore, the propositions put forward in these four matters are, for the most part, heretical, while the alleged pretext—to listen to what the Spirit says to the Church through the community—is also heretical insofar as it suggests that divine Revelation is expressed and evolves through human vicissitudes.

Bishops received with ordination and appointment the power to sanctify, teach and govern. As masters, they must be not only witnesses but also judges of the revealed truth, a function they cannot delegate to anyone when controversies arise. As shepherds, they possess ordinary, proper and immediate power over their flock, including legislative power, which they must exercise in a personal and exclusive way without being permitted “to legislate together with other persons, organisms, or diocesan assemblies.” The role of the synod’s members is, therefore, merely “consultative,” and all the more so if these members are simple laypeople.

Contrary to this hierarchical character of the Church, the German “synodal path” associates on an equal footing the Conference of Bishops of Germany and the Central Committee of German Catholics (ZdK), which obtained co-responsibility in the development and result of the synodal process.

In short, “synodality” is only a fraudulent label to achieve radical democratization of the Church.

The German “synodal path” presumes that the Central Committee of German Catholics is a body representative of the Catholic faithful. It turns out, on the contrary, that the ZdK is a kind of parliament of which almost 2/3 of the members are delegates of Catholic associations that do not represent the ordinary Sunday-Mass goer but rather what is called the“Räte und Verbandskatholizismus,” i.e., a sort of nomenklatura of apparatchiks of activist organizations of liberal orientation.

The “synodal path” takes as a pretext the MHG report on sexual abuse committed by Catholic clergymen in Germany. Contrary to the evidence and other studies that point to moral laxity and the collapse of moral theology as the main culprits, this report instead accuses the Church’s power structure, the sacred character of the priestly ministry, Catholic sexual morality, and particularly its condemnation of homosexuality. In other words, from the outset, the “synodal path” considers as indisputable premises the very conclusions it intends to draw.

For fifty years, the predominant current of the German Bishops’ Conference has sought to infiltrate into the Catholic Church the heresies promoted by the leaders of German neo-modernist theology. Instead of assuming these heresies with full transparency, the German bishops hide behind the laity and, under the pretext of “synodality,” want the laity to bear full responsibility for the rupture with the truth of Christ operated by the new schismatic Church they are building on Luther’s footsteps. (…)