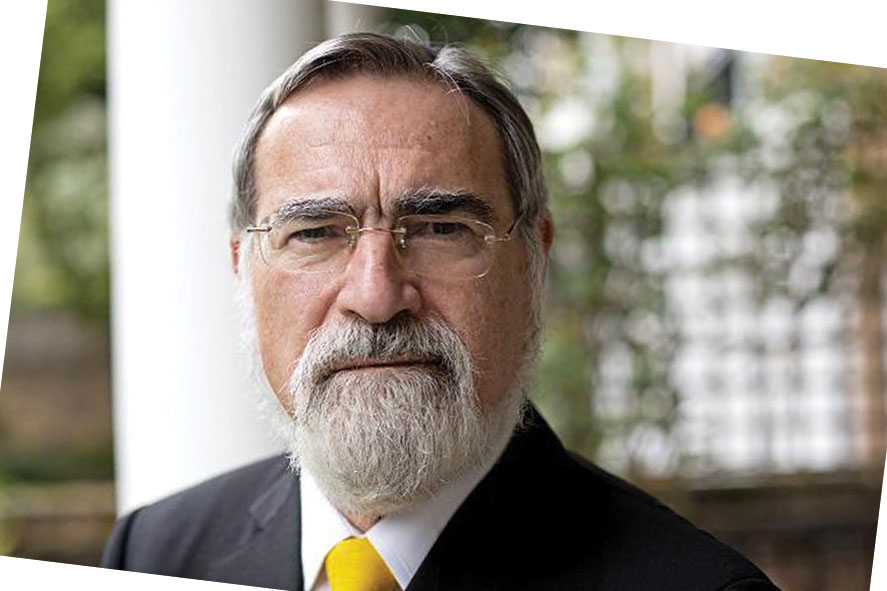 The family based on marriage between a man and a woman is the “single most humanizing institution in history” and the test of any society’s future, the former chief rabbi of Great Britain told the Humanum gathering. “Our compassion for those who choose to live differently should not inhibit us from being advocates for the single most humanizing institution in history,” said Rabbi Jonathan Sacks, former chief rabbi of the United Hebrew Congregations of the Commonwealth. “The family — man, woman and child — is not one lifestyle choice among many. It is the best means we have yet discovered for nurturing future generations and enabling children to grow in a matrix of stability and love,” the rabbi said.

“For any society, the family is the crucible of its future, and for the sake of our children’s future, we must be its defenders,” said the rabbi. Reviewing the history of humanity, Rabbi Sacks spoke about the cultural shift from polygamy to monogamy. Ancient civilizations, which held that the rulers were in the image of God, he said, favored polygamy. “That is what makes the first chapter of Genesis so revolutionary with its statement that every human being, regardless of class, color, culture or creed, is in the image and likeness of God himself. From this follows that we each have an equal right to form a marriage and have children,” he said. “The norm presupposed by that story is: one man, one woman.”

At the Humanum conference, citing doctrine familiar to Catholics as Pope St. John Paul II’s Theology of the Body, Evangelical pastor and author Rick Warren explained that God reveals his presence and his character through marriage. Warren talked about God’s plan for marriage, and along with Southern Baptist ethicist Russell Moore, decried the ruin of marriage resulting from today’s sexual mores.

“To redefine marriage would destroy the picture that God intends for marriage to portray, and we cannot cave on this issue,” Warren said. “It’s a picture of Christ and his Church.”

“What are we going to do about this?” he said. “The Church cannot cower in silence. The stakes are too high.”

Never give up and never give in, was Warren’s message, saying the Church cannot be salt and light in a crumbling culture if it caves in to the sexual revolution and fails to provide a counter-cultural witness.

Warren said too that gender ideology “confuses our identity and destroys our dignity” and that the covenant of marriage and the act of sex parallel an intimate relationship with God.

“Marriage can only be between a man and a woman,” he told the Vatican gathering, quoting Ephesians chapter five, which brands marriage as a reflection of Christ’s love for the Church. 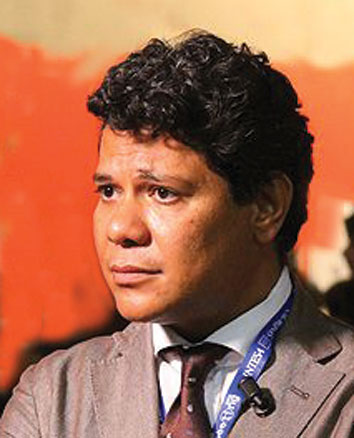 Wael Farouq, president of the Twasul Cultural Center in Cairo, Egypt, spoke of the complementarity of man and woman being “an en­counter which generates life and meaning, not only in terms of children, but… in daily living.”

“The greatest danger the family faces today is being emptied of meaning, being turned into something that can be possessed, bought and sold,” he said.

He went on to observe that “in Arabic, there is no word ‘to be’ or ‘being’ in the absolute. For this reason, one single word has neither meaning nor grammatical function, unless it is located in a sentence.

You can only understand this verb in relation to the other elements in a sentence.” “A word in a sentence is like a person within a family—-it’s nothing unless it’s in a relationship,” he said.

Mr. Monmohan Singh of the World Sikh Council told the colloquium, “Ideal life described in the Siri Guru Granth Sahib [Sikh sacred text]: ‘Those who just sit together are not called husband and wife, only those who are but one light in two bodies’… The Sikh faith emphasizes equality of men and women, and that living the life of an ordinary householder,” he said, “one can achieve salvation, ‘mukti.’” 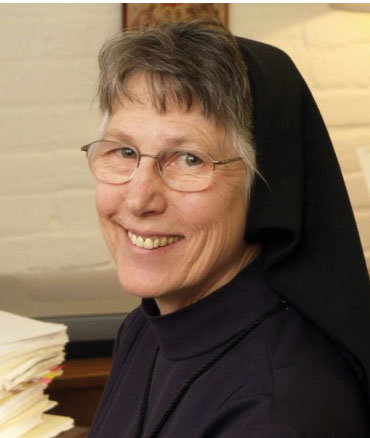 Sr. Mary Prudence Allen, author of The Concept of Woman and member of the Vatican’s International Theological Commission, spoke on the four principles of “complementarity.”

“The four essential characteristics of complementarity of woman and man are: first, equal dignity; second, significant difference; third, synergetic relation — meaning something more happens when you have two — a man and a woman together,” Sr. Allen said. “It could be the generation of a child with God or it could be something more in terms of spiritual generation, like the example we just saw on the video of the family that began to incorporate all the kids from gangs. It’s generating something more than just the number of individuals. The fourth characteristic is what I call intergenerational fruition — meaning, it goes generation after generation after generation. Only the man/woman relation does that.

“These four principles are in the Book of Genesis. Each one is clearly stated. God created us in his image — that’s equal dignity. He created us male and female — that’s significant difference. He sent us forth to marry: Be fruitful and multiply — that’s synergetic relation. And then (intergenerational fruition) from the book of generations — that’s Genesis 5 — that goes from Adam to Noah. We start to see how history gets recorded. So each one of us, in a way, now is a part of the book of generation in our own family.” 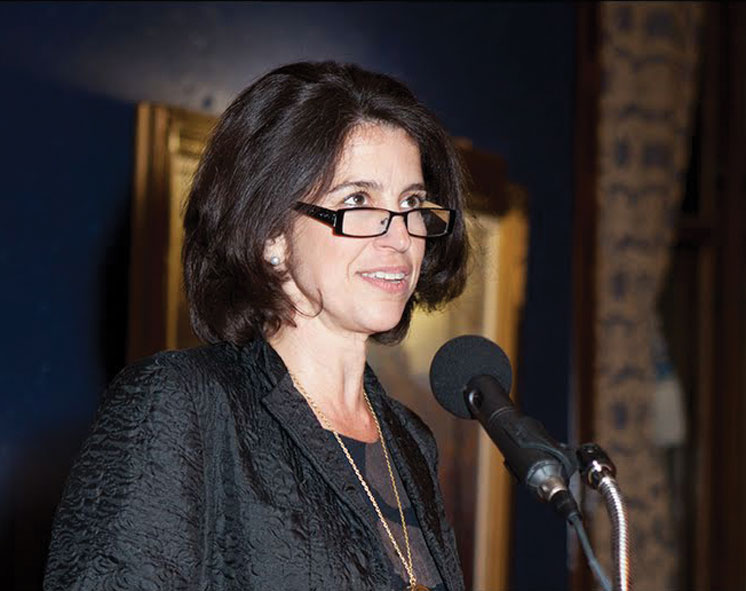 Brandon Vogt, author, speaker and content director for Word on Fire Ministries, recently discussed the Humanum conference with Dr. Helen Alvaré, well-known expert on family law. She is a consultant to the Holy See’s Pontifical Council for the Laity. Dr. Alvaré served as spokeswoman for the event.

What is “Humanum”? Who is behind it? Why is the conference taking place?

DR. HELEN ALVARÉ: “Humanum” is the man and the woman together—humanity in God’s image, and the source of all life and society.

Four Vatican offices are behind the Humanum conference. The Holy See office holds many meetings responding to profound needs and signs of the times, and the “cause” of the relationship between the man and the woman is a huge question and “crisis” — a term Pope Francis has often used — of our times. People speak of their sexual relations and of despair in regards to relationships.

We need to remember what is true, what is beautiful, and what the relationship signifies in both the natural and divine senses.

The controversy is still swirling around the recent Extraordinary Synod on the Family. Much of the secular media paints Pope Francis as a progressive when it comes to marriage. However, we then learn he is the opening speaker for this conference. What does this say about his view of marriage, family, and relationships?

His presence at the Humanum conference indicates he meant what he has repeated over the last couple years: the Church needs to find the truest, most beautiful, most creative language it can find — reaching out widely to find it — in order to speak to the human heart.

It must speak what the heart needs to hear about the most important human relationship in the life of most people. It needs to “go out” and meet people in all their need and suffering.

The conference line-up features an all-star cast of theologians, preachers, and Church leaders — and not just from the Catholic Church. Many well-known Protestants like Bishop N.T. Wright (Anglican), Rick Warren (Baptist), Jacqueline Rivers (Pentecostal), and Russell Moore (Baptist) are scheduled to address the gathering. What is the significance of this being an ecumenical event? And what does it mean, in general, for the Church’s engagement with non-Catholics?

DR. ALVARÉ: It is a recognition, as Evangelii Gaudium and the Synod relatio confirmed, of two things.

First, marriage is a natural institution with significance in every religion and culture of the world.

Second, there is insight, practical wisdom, valuable charisms, and lived experiences within these cultures and religions that can be brought to bear on the problems concerning marriage today — across religious and cultural divisions.

One of the Church’s greatest challenges today is speaking truth about marriage in an increasingly secular world, one which distrusts her authority. Should Christians rely on non-religious arguments for marriage between one man and woman, or should they continue leaning on religious-based claims? How can Christians present the conjugal view of marriage to a culture that dismisses God, tradition, and the concept of human nature?

DR. ALVARÉ: Marriage is a natural and human institution on which the Church has particular additional wisdom. Depending on the person to whom one is speaking, one might start in one place or the other — out of love for where that person sits. I think both together are quite effective of course.

It’s shocking how little we have explored the natural institution — what complementarity is and what it looks like when it’s lived. There’s a lot of work to do there. This conference will assist.

These are huge, but insufficiently communicated to most listeners in the pew or in the society.