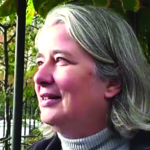 In a joint letter sent last December to the German faithful by Cardinal Reinhard Marx and Professor Thomas Sternberg, president of the Central Committee of German Catholics, the invitation was made to walk a “path of change and renewal together.” It all started with wanting to “make the Church a safe place” in the wake of the sexual abuse cases.

Along this “path of change,” set up in only one direction by the team which is orchestrating the Synodalerweg, the issue of the place of women in the Church and in ecclesial ministries is one of the four main themes. What does this have to do with sexual abuse within the Church? Not much, except if they consider that having women on the altar will prevent a minority of perverts to be attracted to boys and youths.

When reading the conclusions of the joint conference of the working group on the synodal pathway, I was struck by their open attacks on Church doctrine on the place of women. It is expressly a question of adapting traditional teaching, the world over, to what they call “scientific theology” and the general, fuzzy idea that things have changed and that women should be allowed to occupy all places, including the diaconate and perhaps even the priesthood.

At a time when gender ideology is rife, it may seem to them a good idea to proclaim a form of interchangeability among men and women that would ultimately lead to ordaining women or men priests without regard for the biological sex: the ultimate gender confusion.

They want a “gender-equitable Church” that would in their eyes be the only “true” Church.(…)

The profound equality, but also the profound differences and complementarity between men and women have over the centuries been expressed by the deep wisdom of the Church. She expects men to serve God as men, and women as women. And in that she is wrong, say the reformers—no, the revolutionaries—who want to re-examine and reevaluate even the Gospel, and to check whether the traditional refusal to ordain women is “binding” or not.

As a woman, a journalist—I was formerly director and editor in chief of several publications—and a Catholic, I can only say how pathetic I find this egalitarian approach. It is pathetic and it is even dangerous for my faith, and for the Church, I love because it is willing to upset the whole economy of Redemption, the truth and the beauty of the respective roles of our Lord Jesus, Son of God, and the most perfect of all human creatures, His Virgin Mother.

She did not lobby for a prominent role, she turned all our eyes to Him, her Son, and for that, she knew all generations would call her blessed. She was at the foot of the Cross, not to immolate but to offer. She suffered with her Divine Son in order to redeem humanity, but she did not offer her own body to the nails and the lance of the executioners. She there received the mission of being the merciful Mother of us all. Her honor was to serve, as now it is to reign over the whole Universe, as Queen even of the Angels. There is no better theologian than She, who carried the Logosin her mind, in her heart and in her womb. (…)