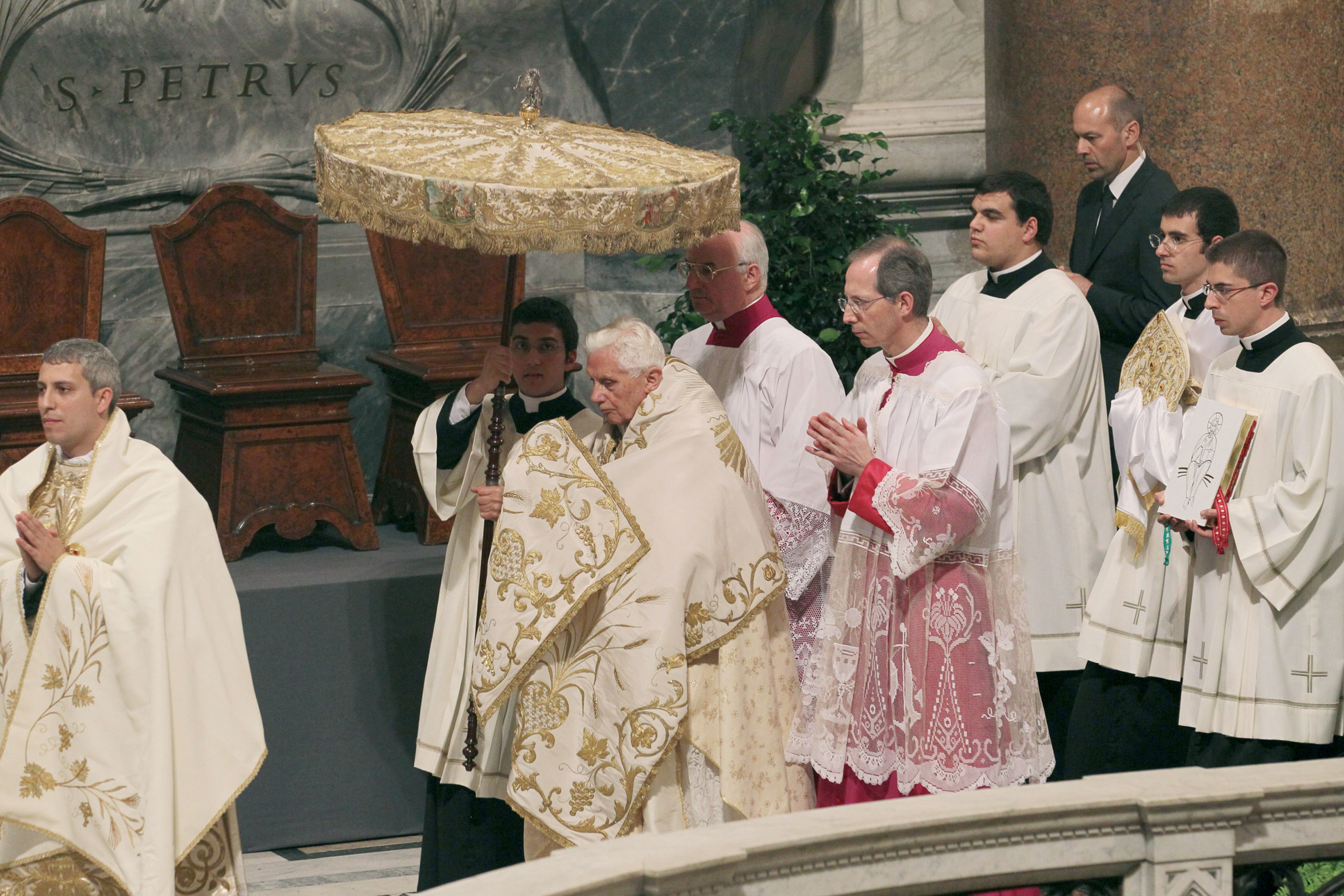 Pope Benedict carries the Holy Eucharist to the Altar of Repose after the Chrism Mass on April 5. 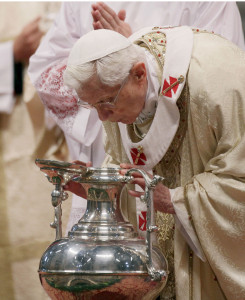 Among the many accomplishments of Joseph Ratzinger before and after he became Pope Benedict XVI are the marvelous addresses he has delivered on behalf of the Christian faith. Some of them — like his allocution on the “dictatorship of relativism,” Vatican II’s “hermeneutic of continuity,” and the Regensburg address — have become instant classics, while others, lesser-known, deserve to be. One of them is the homily he delivered on Holy Thursday on April 5th from the altar of St. Peter’s Basilica.

The pontiff delivered a moving and powerful address to priests on the need to seek holiness. One would never have known that, however, by some of the headlines which reported the talk. “Pope Denounces Dissidents,” blared the Associated Press, and “Pope Rebukes Priests,” declared the New York Times, followed by a story which read: “Striking the tone that once earned him the nickname ‘God’s Rottweiler,’ Pope Benedict XVI in a stern Holy Thursday homily denounced disobedience in the Roman Catholic Church, chastising priests who sought the ordination of women and the abolition of priestly celibacy.”

Such strident and prejudiced descriptions missed the essence and trivialized the importance, of Benedict’s extraordinary address. While Benedict did indeed criticize a “group of priests from a European country” [Austria] who had “issued a summons to disobedience,” he didn’t simply denounce them, but explained why genuine renewal, which they purported to seek, never arrives through selfishness or defiance of Christ’s teaching — communicated infallibly through His Church — but rather, through a humble “configuration to Christ… a transcending of ourselves,” and “a renunciation of what is simply our own.” The Pope was exhorting the assembled priests and bishops to live up to the Gospel’s demands, and explaining, gently and charitably, why only those who can accept the call to be Christ-like will be able to hold fast to the Church’s teachings in today’s culture of hedon­ism and promotion of the self.

Such is the obligation of all who serve God, and the path toward Heaven — for priests and laypeople alike. On the following pages, we reprint the Holy Father’s inspiring address.