And raises eyebrows when he speaks of the Council with criticism as well as praise. What is his intent?

The headline of a Catholic News Service story from early October said it all: “Pope Benedict Recalls Vatican II with Praise and Criticism.”

There was nothing unusual about the first few words, but the final two — “and criticism” — were remarkable.

On October 10, the eve of the 50th anniversary of the opening of Vatican II, L’Osservatore Romano, the Vatican newspaper, published an assessment of the Council by Pope Benedict XVI which “both praises and criticizes some of the Council’s most consequential documents,” CNS reported.

In his essay, Benedict — a veteran of the Council, where he had served as a theological consultant to Cardinal Joseph Frings of Cologne — described Vatican II as  “a moment of extraordinary expectation.”

In the Council’s Pastoral Constitution on the Modern World (Gaudium et Spes), for example, Benedict found great strengths but also a clear weakness: “Although the Pastoral Constitution expressed many important elements for an understanding of the ‘world’ and made significant contributions to the question of Christian ethics,” Benedict said, “it failed to offer substantial clarification on this point.”

The “point” Benedict was speaking about was the Church’s ability to “more clearly recognize the essential features that constitute the modern era.” Among those features are conflicting conceptions of truth, morality, liberty, and religion. The Council did try to deal with these complexities in two other key documents, Benedict said: the Declaration on Religious Liberty (Dignitatis Humanae) and on Non-Christian Religions (Nostra Aetate). But again, he said, the Fathers achieved only partial success.

Dignitatis Humanae, wrote Benedict, was a milestone, in that it reaffirmed the Christian belief in the importance of freedom of religion, a belief not new, but ancient, since Christianity came into being “claiming that the State could neither decide on the truth nor prescribe any kind of worship,” the Pope noted. And the Council’s document has been of great help in proclaiming that consistent teaching, and so also in protecting the Church’s freedom in societies hostile to Christianity.

However, the Declaration left some with the idea, no doubt unintentionally, that one religion is as good as any other, and that the Church had accepted a “modern version of religious freedom” which is utterly secular, and presupposes “the inaccessibility of truth to man” through revelation, and consequently shifts “religion into the sphere of the subjective.”

Benedict was saying here that the Council, in its desire to make the case for religious liberty, may have left open the way for some to interpret that teaching as negating another Church teaching: that the Christian faith is based on an objective and unique truth, and cannot embrace religious relativism. For a Pope who has warned against the “dictatorship of relativism,” these criticisms of the Council — though couched diplomatically, and in the context of clearly supporting the Council overall — were striking.

Speaking about Nostra Aetate, Benedict applauded its intentions and undoubted success at bringing about warmer relations with some non-Christian religions. However, the Pope pointed to a serious flaw in this otherwise “extraordinary” document: “It speaks of religion solely in a positive way and disregards the sick and distorted forms of religion which, from the historical and theological viewpoints, are of far-reaching importance.” Because there can be “sick and distorted” religious beliefs, the pontiff continued, Christianity traditionally has taken “a critical stance toward religion, both internally and externally.”

Pope Benedict during Mass for the opening of the Year of Faith on October 11.

Again, the words of Benedict are challenging. If there is one Council document which has been praised almost unreservedly for the past 50 years, it is Nostra Aetate. Yet, as valuable and historic as that document was, and despite its great strengths, Nostra Aetate does tend to romanticize religion in the abstract, as Benedict indicated, ignoring how certain concrete religious movements can lose hold on truth and reason, and embrace irrationality and violence. Fortunately, both Blessed John Paul II (in Crossing the Threshold of Hope) and Pope Benedict (at his famous Regensburg speech) have moved away from this uncritical approach toward interfaith relations, and now Benedict has extended that trend by questioning, albeit respectfully, the aura surrounding Nostra Aetate.

In so doing, Benedict XVI has established the principle that faithful Catholics can, in good conscience, criticize certain limitations of Vatican II, while accepting that its essential teachings, as authoritatively interpreted by the Holy See, are in keeping with the perennial teaching of the Church.

This change in tone towards the Council on the part of a reigning Pope seems to mark a new phase in the interpretation of the Council. For years, many Catholics have been reluctant to question any aspect of Vatican II, fearing that, by doing so, their orthodoxy might be called into question.

But it is important to remember that, while faithful Catholics are obliged to accept that Vatican II was a legitimate Ecumenical Council which promulgated 16 legitimate and authoritative documents, they are not required to believe that everything that needed to be said was said by the Council, or that what was said was said in the best manner possible. In other words, there is room for a respectful Catholic critique of Vatican II — the same room there is with regard to any Council, for that matter.

Benedict’s willingness to critique certain aspects of Vatican II, while still holding to its core teachings, marks a decisive shift away from an attitude of unrestrained celebration, some of which was on display during the 50th anniversary. To drive home his point, Benedict, in an address given at a candlelight procession in St. Peter’s Square on October 11th, in honor of Vatican II, issued a cautionary assessment of the post-Conciliar era:

Such frankness about the contemporary Church is not new for Joseph Ratzinger. Similar comments were made by him in his classic work Introduction to Christianity (1968, revised in 2004), in The Ratzinger Report (1985), and his superb collection of essays, Principles of Catholic Theology (1987).

But as Pope, Benedict XVI — like Paul VI and Blessed John Paul II — has generally praised the Council’s accomplishments, rather than mentioning any negatives associated with it. Evidently, Benedict now believes that enough time has passed, and enough praise has been offered, to offer a more balanced view of the Council. In effect, Benedict has opened up a new dialogue about Vatican II, one that welcomes constructive criticism of the Council as part of the Council’s proper reception and implementation.

A number of prominent Catholics have long called for such a dialogue. Almost a decade ago, Professor James Hitchcock, the respected Catholic historian at St. Louis University, wrote a powerful piece for the Catholic World Report (May 2003), criticizing Vatican II’s Gaudium et Spes. Hitchcock noted that the document is suffused with a spirit of happy optimism, almost as if unaware of the dangers and temptations of the modern world — the very things the Council was supposed to evaluate with clear-eyed Christian realism.

That document, along with much else emanating from the Council, almost “imposed a compulsory optimism” on Catholics, wrote Hitchcock — even as they witnessed disaster after disaster around them: “the loss of missionary zeal, the collapse of religious life, the sacrilegious liturgies [and] the general acceptance of the sexual revolution.”

The Council was blindsided by the 1960s, he continued, making the enthusiasms of the Council all the more premature and naïve: “The cultural map itself changed rapidly, so that many of the assumptions found in Conciliar decrees were soon rendered obsolete. The Council Fathers apparently had no inkling of that coming crisis; the task of ‘reading the signs of the times’ was apparently far more difficult than was imagined in the euphoric days of the early 1960s.”

For raising these concerns, some thought Professor Hitchcock had gone too far. In his thoughtful if sometimes debatable book Vatican II: The Crisis and the Promise (2005), for example, Professor Alan Schreck of the Franciscan University of Steubenville vigorously defends the Council and takes issue with Hitchcock for allegedly having “adapted his own ‘free interpretation’ of the Vatican II texts to justify his criticism.”

But many would now argue, in light of Benedict’s recent criticisms, that Hitchcock’s critique of the Council was not only well within the boundaries of Catholic orthodoxy but also, in fact, prophetic.

Dr. Schreck noted that Professor Hitchcock became more critical of the Council over time; but this is a pattern followed by the Holy Father himself.

When he was a young theologian, Joseph Ratzinger published his Theological Highlights of Vatican II (1966). This work praised the Council unreservedly.

As his thought matured, however, the future pope witnessed what was being said and done in the Council’s name, and became much more nuanced in his praise. As he wrote in Principles of Catholic Theology: “What devastated the Church in the decade after the Council was not the Council but the refusal to accept it. This becomes clear precisely in the history of the influence of Gaudium et spes. What was identified with the Council was, for the most part, the expression of an attitude that did not coincide with the statements to be found in the text itself, although it is recognizable as a tendency in its development and in some of its individual formulations. The task is not, therefore, to suppress the Council, but to discover the real Council and to deepen its true intention in the light of present experience.”

Discovering the “real Council” beneath its amorphous “spirit,” and interpreting it through the lens of sacred Catholic Tradition, in continuity with the past, is exactly what so many faithful Catholics have been trying to accomplish for many decades.

These Catholics are not rebels; they do not oppose Vatican II itself; they do not reject its developed teachings; and they do not secretly wish that it had never occurred. They are orthodox Catholics, loyal to the Holy See, who simply believe that there were certain limitations in the Council’s expression of perennial Catholic truth, certain ambiguous and incomplete statements, certain omissions and sometimes an excessive optimism in judging “the world.” These limitations can be understood and corrected for.

What orthodox Catholics ardently desire and pray for is that the full, dynamic truth of Catholic orthodoxy be everywhere and always proclaimed.

Now, thanks to Pope Benedict, they have more freedom to do just that. 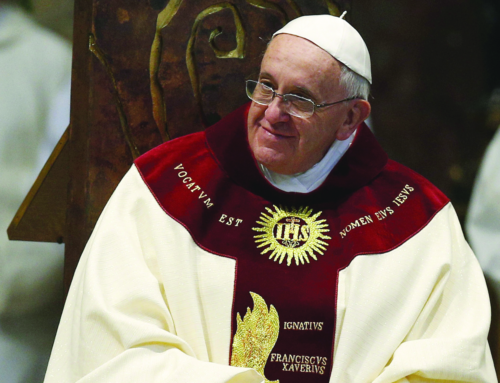 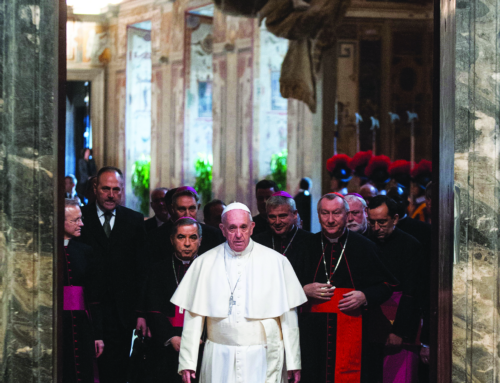 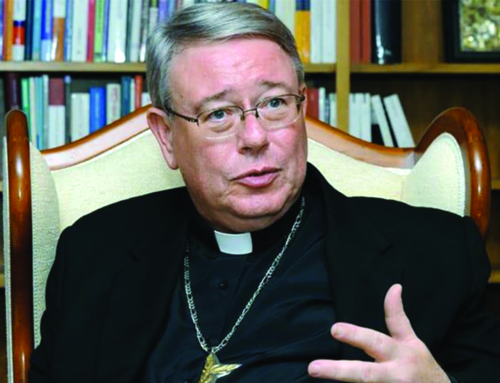 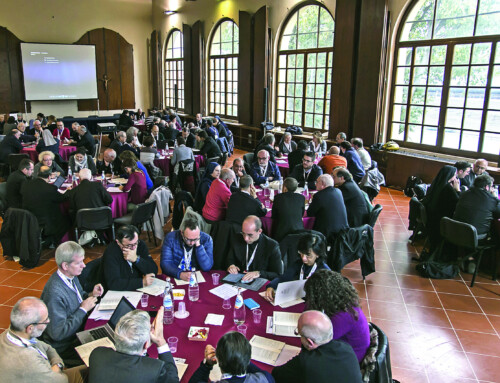 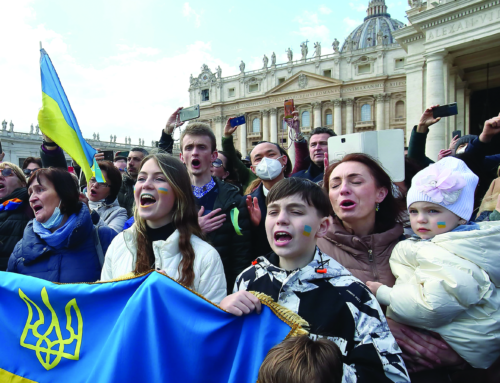