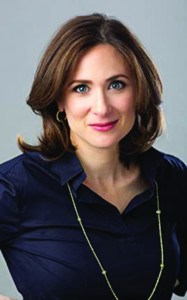 A courageous writer in defense of young women everywhere

In June of 2019, the congregation for Catholic Education released an instruction on “gender theory” for parents and teachers titled “Male and Female He Created Them.”

“Gender theory… speaks of a gradual process of denaturalization that is a move away from nature and towards an absolute option for the decision of the feelings of the human subject,” it said.

“In this understanding of things, the view of both sexuality identity and the family become subject to the same ‘liquidity’ and ‘fluidity’ that characterize other aspects of post-modern culture,” the text continues, “often founded on nothing more than a confused concept of freedom in the realm of feelings and wants, or momentary desires provoked by emotional impulses and the will of the individual.”

This diagnosis finds an echo in the work of a progressive Jewish journalist and opinion writer for the Wall Street Journal, Abigail Shrier, whose book, Irreversible Damage: The Transgender Craze Seducing Our Daughters, was released in June of 2020. In this remarkable book, Shrier shines a light on the recent, extremely disturbing trend of adolescent girls being rushed into so-called “gender transitioning” — the effects of which are often, as the title of her book reminds us, irreversible.

Ms. Shrier, it should be noted, is not opposed in principle to all “gender transitioning.” She wrote in a November 15, 2020 opinion piece in the Wall Street Journal, “I think mature adults should have the freedom to undergo medical transition.” But her courage in opposing the modern “craze” to promote “gender transitioning” among teenage girls has led a chorus of her critics in “LGBTQ” activism to condemn her book, and various platforms to censor any mention of it. But her book deserves to be widely read.

Shrier defies the “trans” ideology that has a stranglehold on our popular culture, and notes this alarming fact: the Western world has seen a sudden surge of adolescents, the vast majority female, claiming to have gender dysphoria and self-identifying as transgender.

In Britain, Canada, Sweden and Finland, clinicians and gender therapists began reporting a dramatic shift in the demographics of those presenting with gender dysphoria, from predominately pre-school-aged boys to predominately adolescent girls. In Britain, in 2018, there was a 4,400 percent rise over the previous decade in teenage girls seeking gender treatments. Between 2016 and 2017, the number of gender-reassignment surgeries for girls in the US quadrupled, with people born female suddenly accounting for 70 percent of all such operations.

Schrier asks, “What is ailing these girls?”

Teenagers today are experiencing record levels of anxiety, depression and self-harm, girls at a rate three times that of boys. In past decades, they dabbled in the occult, or became anorexic, or started cutting themselves — practices that spread from teen to teen like a contagion. Today, the “craze has become “transitioning.”

For these girls, Shrier says, “trans identification” offers freedom from anxiety, it satisfies their deep need for acceptance, along with the thrill of transgression, egged on by their peers, therapists, teachers and internet influencers. And the proposed “cure” is not exorcism or purging. It’s testosterone and “top surgery”: a lifetime of hormone dependency and disfiguring surgeries.

No adolescent should pay this high a price for having been, briefly, a follower of this contagion, Shrier argues.

The Catholic Church offers the real solution to the confusion and malaise gripping our society, and in particular, our young people: Christ, the Lord of nature, who said upon creating it that “it was good.” And this solution is precisely what is missing in the lives of so many, as it is in the culture as a whole. Abigail Shrier does not proffer the ultimate solution of looking to nature’s God, but she does point the way by daring to question with compassion and rationality the horrible sacrifice of our daughters’ bodies and, finally, happiness, on the altar of “transgender” orthodoxy.

With characteristic common sense, she pleads with parents, teachers, and all who wield influence over adolescent girls: “Girls are not defective boys. They are different. They possess a whole range of emotions and capacities for understanding that boys, in general, do not. If only we didn’t make them feel so bad about this.

“Tell your daughter that she’s lucky. She’s special. She was born a girl. Being a woman is a gift, containing far too many joys to pass up.”