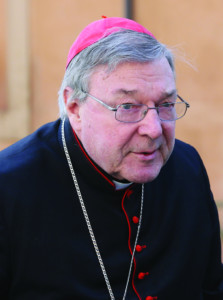 The Australian prelate was accused, condemned, imprisoned,
then absolved and freed

“My Catholic faith sustained me”

Convicted, then acquitted of outlandish abuse charges, he says there is still “a moral sense even in the darkest places”

Australian Cardinal George Pell, 79, has had one of the more extraordinary careers among the contemporary prelates of the Catholic Church. First an Archbishop of Melbourne, then Archbishop of Sydney and, in 2003, appointed by Pope John Paul II to the College of Cardinals, Pell was tapped by Pope Francis soon after his election to be one of his Council of Cardinal Advisers. The next year, Francis asked him to oversee reform of the Vatican’s financial affairs, which had become quite muddled, if not outright plundered, by mismanagement, or corruption, or both.

Cardinal Pell, the no-nonsense, traditionally orthodox Australian, made a great deal of progress in his role as the Francis-appointed “Financial Czar” (his actual title was Prefect of the Secretariat of the Economy, a post created in 2014) — but he may have also made enemies along the way.

On May 1, 2018, he was notified that he would stand trial on charges that had been filed against him for “historic sexual abuse” — accusations dating back decades — to the delight of many in the press and elsewhere who found his traditional morality appalling.

And thus began his strange odyssey through the criminal court system in Australia, a country which is in the thrall of a particularly anti-Catholic popular culture — more so than the U.S., for example — which had already been exploiting the crisis of clergy sexual abuse to vent its hatred of the Church.

Cardinal Pell could have remained in Vatican City and avoided the media circus waiting for him at home, and the real-life courtroom drama that was to result in his imprisonment; he insisted, however, on traveling to his home country to clear his name. 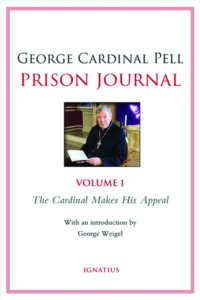 Instead, he was convicted in December of 2018 and spent 13 months in solitary confinement before his conviction, widely criticized as outlandish and nonsensical, was unanimously quashed by Australia’s highest court.

He wrote of his ordeal, saying in First Things magazine in August 2020: “There is a lot of goodness in prisons. At times, I am sure, prisons may be hell on earth. I was fortunate to be kept safe and treated well.

“I was impressed by the professionalism of the warders, the faith of the prisoners, and the existence of a moral sense even in the darkest places.”

He says candidly in a December 14, 2020, interview with Italy’s public broadcaster RAI that he suspects he was framed.

“Of course, I suspected it,” he said, noting that he had “some evidence but no proof” of a conspiracy against him.

“It is much worse if someone inside the Church is trying to destroy you,” he lamented. “My family often told me that it would have been different if the Mafia had hunted me, if others, maybe the Masons, had hunted me.”

“All the major figures who have worked together on financial reform, each of us — with very few exceptions, I believe — has been attacked by the media in terms of reputation in one way or another,” he told RAI.

Pell added that he hoped “there is never enough evidence to prove that Vatican money was used not necessarily to bribe directly, but not to poison the public atmosphere against me either.”

“I hope there is no evidence to establish this, for the good of the Church,” Pell remarked.

“We have no evidence yet, but certainly a lot of smoke. We have criminals who have been heard to say: ‘Pell is out of the game. Now we have a highway in front of us.’ “

Cardinal Pell concluded his brief account of his time in prison by saying: “My Catholic faith sustained me, especially the understanding that my suffering need not be pointless but could be united with Christ Our Lord’s. I never felt abandoned, knowing that the Lord was with me—even as I didn’t understand what he was doing for most of the thirteen months.

“For many years, I had told the suffering and disturbed that the Son of God, too, had trials on this earth, and now I myself was consoled by this fact.

“So, I prayed for friends and foes, for my supporters and my family, for the victims of sexual abuse, and for my fellow prisoners and the warders.”