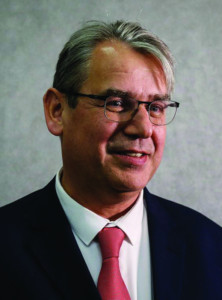 “He (Pius XII) sought peace until the end”

Dr. Johan Ickx, one of the world’s leading experts on the Vatican’s record during the First and Second World Wars, and among the Holy See’s renowned archivists and historians, published in 2020 his highly acclaimed book on Pius XII, Le Bureau — Les Juifs de Pie XII [The Office — The Jews of Pius XII]. It contains hundreds of new archival documents on Pius XII’s support for Jews and his battle with the Nazis, powerfully answering those authors who, after spending only a short time in the Pius XII archives after they were first opened on March 2, 2020, rushed out to write stories or make allegations against the Vatican, based on a tiny fraction of the newly available documents — often misrepresenting them, and omitting crucial evidence along the way.

Dr. Ickx’s position as a longtime Vatican archivist has given him extensive time to gather these new documents, but he was not able to release them until Pope Francis gave the go-ahead to open the new, and properly catalogued, archives. Now that the pontiff has done so — to his great credit — Dr. Ickx’s book is available, and is sure to have a salutary effect on Pius XII scholarship.

Dr. Ickx’s new book is in French, and will be translated into Italian and English.

Johan Ickx studied religious sciences, theology and philosophy at the Catholic University of Leuven and earned his doctorate in Church History at the Pontifical Gregorian University. He worked as academic assistant at the journal Archivum Historiae Pontificiae, as an official of the Congregation for the Doctrine of the Faith, and as archivist of the Tribunal of the Apostolic Penitentiary. He was twice appointed to five-year terms as a consultor to the Congregation for the Causes of Saints.

He is also the author of a study of the Holy See’s assessment of Germany’s tactics in occupied Belgium during the First World War, La Guerre et le Vatican (2018). He argued that Eugenio Pacelli, the future Pope Pius XII who was then the Vatican’s equivalent of a foreign minister, played a key role in bringing the Vatican to discount German propaganda and recognize that Germany was trying “to terrorize the population” of Belgium.

In April 2018, he received the Romulus Prize from the Rome Society of Leuven. 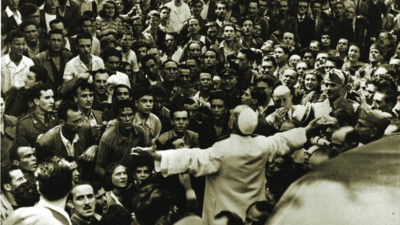 As one of the Vatican’s top archivists — he is currently the Director of Historical Archives in the Holy See’s Section for Relations with States — Dr. Ickx, a Belgian, has had special access to these archives for the past 10 years, during which he has meticulously collected hundreds of vital documents pertaining to the Vatican and the persecution of the Jewish community for his new work.

But he had to wait to publish his findings until this year, after all the archives had been properly catalogued, and Pope Francis officially opened them in March, for other qualified historians to study.

Because Dr. Ickx’s book is based on over a decade of evaluating these private archives, his book will be the definitive work on the newly released Pius XII archives — at least until other experts spend years doing the same painstaking research and catch up. Dr. Ickx’s book, therefore, decisively replaces the superficial commentaries based on a handful of documents (often misleadingly presented) which certain researchers, eager to create headlines, rushed out after but a few days in the archives in March, only to see their claims sharply refuted in the immediate days to
follow.

“He [Pius XII] sought peace until the end; from the beginning of his pontificate and during the war he sought the friendship of the Americans, and he rejected Pétain’s anti-racial laws,” said Ickx.

There was a separate office set up at the Vatican devoted to trying to save endangered people, the researcher says: “I think there are 2,800 cases, there’s a list equivalent to Schindler’s list, a ‘Pacelli’s list.’ I wonder how it is that the Holy See never publicized it.”