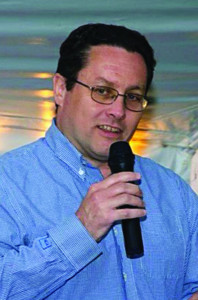 A good editor, a good husband and father, a good man

“An evangelist with his whole mind and heart”

One of the largely unknown and unsung heroes of Catholic publishing passed away, quite unexpectedly, in December of 2020, at the age of only 51: acquisitions editor for TAN Books’ imprint St. Benedict Press, John Moorehouse, who shepherded the recent book, FINDING VIGANÒ, by ITV’s editor Robert Moynihan, through the lengthy editing and publishing process and into the hands of readers all over the world (FINDING VIGANÒ: The Search for the Man Whose Testimony Shook the Church and the World is already in its second printing).

Moorehouse went to bed early on the evening of December 4, having told Moynihan in a phone conversation the previous day that he was looking forward to spending more time with his family over the coming holidays. Minutes later he suffered a fatal heart attack; his wife Robin tried to resuscitate him while waiting for an ambulance. His daughter put a brown scapular around his neck.

In a tribute to John Moorehouse in his Moynihan Letter #42, “Farewell to a Father,” Moynihan said, “John was always ‘there’ for his writers, always steady, calm, cheerful, hopeful. He was a man who assessed his writers, and then got behind them and pushed, or ahead of them and pulled, or right alongside of them adding his own shoulder’s strength to push forward the mired wheel of the empty page, always improving…

“John was an evangelist with his whole mind and heart.

“He placed the work, the project, the product, ahead of himself.

“That very disappearance meant an even deeper and more essential presence. John’s integrity is woven throughout all of the projects we worked on together, and my debt to him is incalculable.” 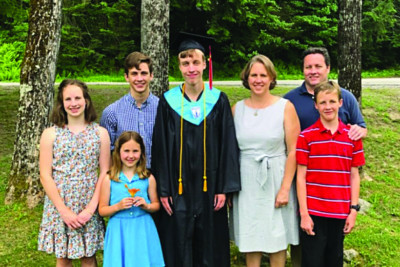 John leaves behind Robin and five children, but also a group of Catholic authors who have found their own vision clarified and refined, their message enlivened with new inspiration and insight — all in the service of Him who was, always and unquestionably, John’s Lord and Savior. Inside the Vatican contributors Anthony Esolen, Michael Greavey and Paul Kengor, to name a few, have all collaborated with John on books and all expressed their grief at the loss of a gifted editor and man of profound faith who had also become their friend.

Dr. Esolen speaks of John’s willingness to take on true labors of love, like once publishing the now-defunct Catholic Men’s Quarterly — simply because it was “a good thing to do.”

John, he says, “regularly wrote for it too, trying to appeal to men and boys first by the good things of their nature and the nature of the world around them. So there were articles on sports, good food and drink, hunting, classic films, and work, alongside articles on prayer, the saints, life in the Church, and Christ the Lord.”

Dr. Esolen continues: “John Moorehouse was a good man, a faithful husband and father, a devout Catholic, and — what is rare enough in our time — great fun to be around. You could see it in his eyes and in the eyes of his wife and children. We sometimes met them on our way out of Mass on a Sunday evening at Magdalen College of the Liberal Arts, where I now teach, and where I hope to instruct his children as they come of age.

“And that too brings something to my mind.

“No ambition compelled him to produce his Quarterly. He did it, and he enjoyed it, because it was a good thing to do — and a necessary thing to do.

“He did it for the good of his fellow men and for the Church.

“I could say that John did much with small resources,” said Esolen, “but it may be truer to say that the God who governs even in a grain of dust, who resists the proud and dwells with the humble, works miracles by those who hold to His truth, whatever their resources may be, even while the colossi crumble to dust.

“Eternal rest grant unto him, O Lord, and let perpetual light shine upon him.”